NASA had asked 11 companies to carry out studies, produce prototypes of human landers for the Artemis program.

Jeff Bezos, the founder of Blue Origin and the richest man in the world, announced Tuesday a partnership with three of the biggest names in aerospace to bid on a NASA contract for a Moon lander.

Bezos said his company was teaming up with Lockheed Martin, Northrop Grumman and Draper on the proposal to build what they call a "Human Landing System" that will land two US astronauts on the lunar surface as part of the Artemis mission, planned in theory for 2024. 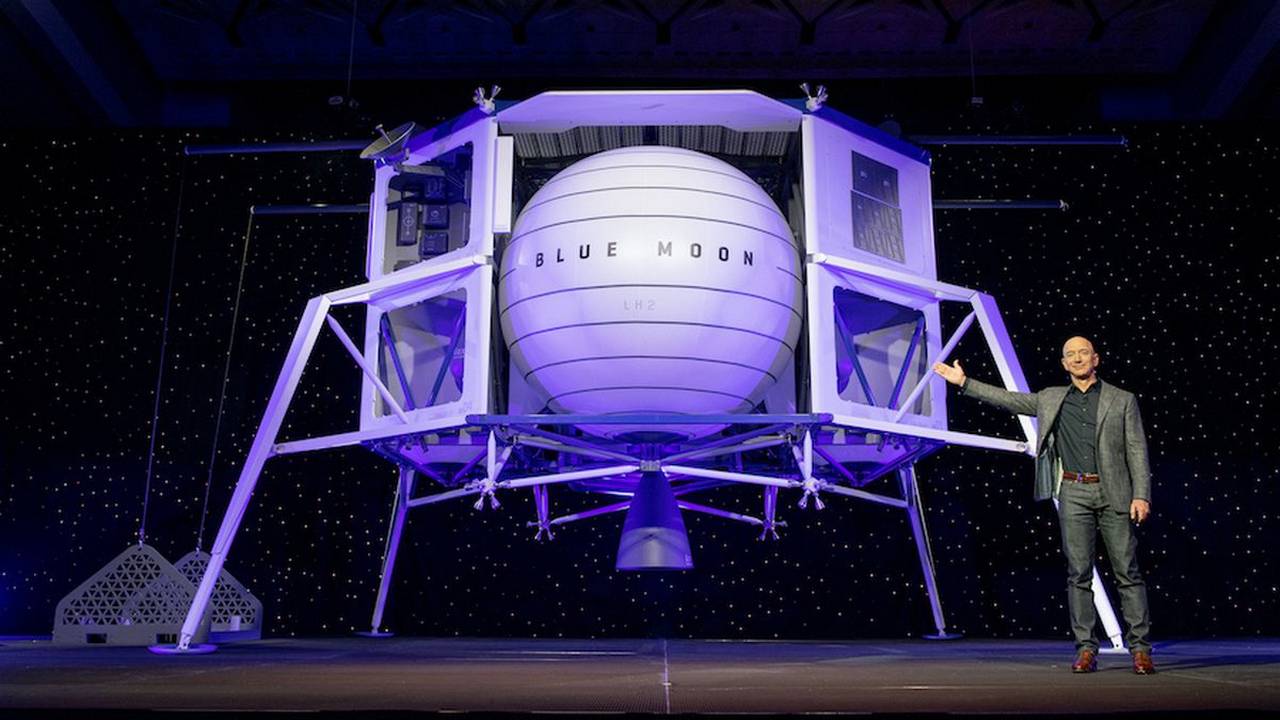 The NASA lander will be based on the Blue Moon lunar lander announced by Jeff Bezos in May. Image credit: Blue Origin

"This is the kind of thing that is so ambitious, it needs to be done with partners," said Bezos, who also owns Amazon, at the 70th International Astronautical Congress held this week in Washington. "This is the only way to get back to the Moon fast."

The lander will comprise three vehicles.

Blue Origin, as prime contractor, would provide the "descent element" vehicle based on its Blue Moon lunar lander that it announced in May.

Lockheed Martin is responsible for the reusable "ascent element" vehicle, and would lead crewed flight operations and training.

Northrop Grumman provides the "transfer element" vehicle that would help bring Blue Moon down to the Moon from a future space station in lunar orbit, called Gateway.

Together, the four companies will respond to NASA's call for tenders on 1 November.

In May, NASA announced it had asked 11 companies to carry out studies and produce prototypes of human landers for the Artemis program.

Besides Blue Origin, these included Boeing, SpaceX, the Sierra Nevada Corporation and others.