So far, massive, star-sized black holes were thought to form only from collapsed stars.

In a new study, astrophysicists claim they have found evidence about the formation of black holes that can fundamentally change the way these space events are observed and studied.

Researchers Shantanu Basu and Arpan Das at the University of Western Ontario have proposed in a scientific paper published in the Astrophysical Journal Letters that supermassive black holes can also be formed without a huge star imploding, or collapsing in on itself.

Rather, some supermassive black holes grow fast enough over a short enough amount of time that they stop growing almost abruptly. This could also lead to a black hole being formed, the study suggests. 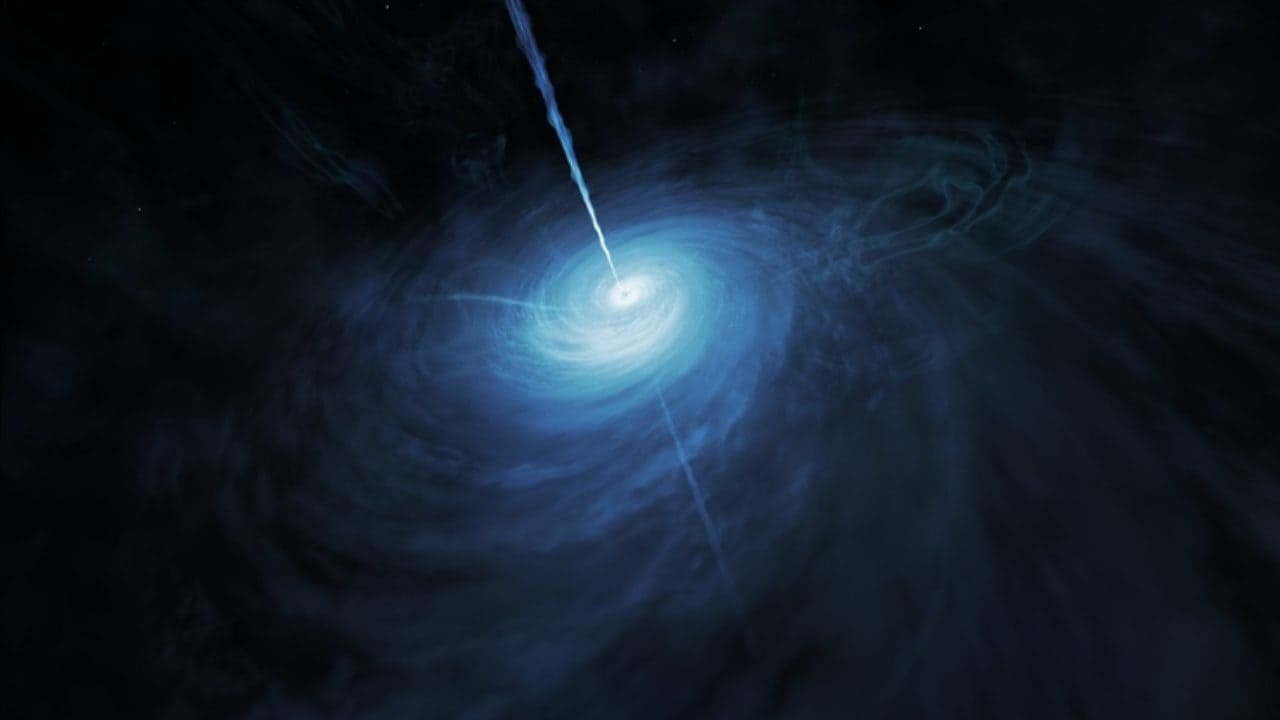 This artist’s impression shows how J043947.08+163415.7, a very distant quasar powered by a supermassive black hole could look. This object is by far the brightest quasar yet discovered in the early Universe.

This finding also aligns with reigning models of black hole formation in the early universe – a fairly disputed area of astrophysics. The researchers have found what they're calling the first "indirect observational evidence that black holes originate from direct-collapses and not from stellar remnants."

The revised model suggests that the observed supermassive black hole was formed "very, very quickly over very, very short periods of time", after which it suddenly stopped growing.

"Supermassive black holes only had a short time period where they were able to grow fast and then at some point, because of all the radiation in the universe created by other black holes and stars, their production came to a halt," Dr Basu explained.

So far, it is understood that stellar-mass black holes form when the centre of a massive star collapses in on itself. Basu and Das are now posing that some black holes also originate from direct-collapses, not stellar remnants.

A black hole is a region in the spacetime fabric of the uni/multiverse that exhibits a gravitational acceleration so strong that nothing – be it particles or light – can escape its event horizon. Recently, a shadow of this edge/horizon of the black hole M87 was imaged for the first time by research at the Event Horizon Project.

Also Read: How a siege in 18th-century British-occupied Calcutta gave us the term 'black hole'

Also Read: Everything you want to know about the first-ever image of a black hole