Black hole rips apart a star, scientists managed to snag a look at the violent event

NASA's TESS showed that the star was eventually sucked into oblivion in a rare cosmic occurrence.

Scientists have captured a view of a colossal black hole violently ripping apart a doomed star, illustrating an extraordinary and chaotic cosmic event from beginning to end for the first time using NASA’s planet-hunting telescope.

The U.S. space agency’s orbiting Transiting Exoplanet Survey Satellite, better known as TESS, revealed the detailed timeline of a star 375 million light-years away warping and spiralling into the unrelenting gravitational pull of a supermassive black hole, researchers said on Thursday.

The star, roughly the same size as our sun, was eventually sucked into oblivion in a rare cosmic occurrence that astronomers call a tidal disruption event, they added. 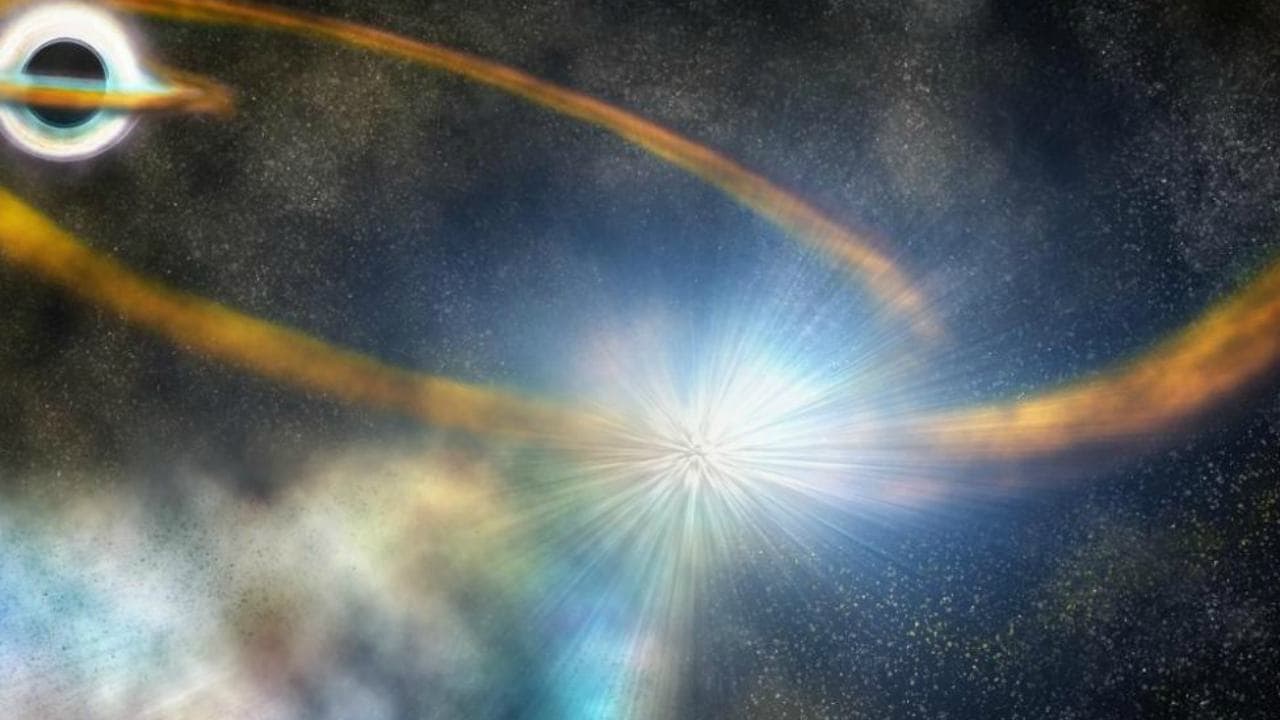 An illustration of the cosmic event where a star got sucked into a black hole. image credit: Carnegie Institution for Science

Astronomers used an international network of telescopes to detect the phenomenon before turning to TESS, whose permanent viewing zones designed to hunt distant planets caught the beginning of the violent event, proving effective its unique method of surveilling the cosmos.

“This was really a combination of both being good and being lucky, and sometimes that’s what you need to push the science forward,” said astronomer Thomas Holoien of the Carnegie Institution for Science, who led the research published in the Astrophysical Journal.

Such phenomena happen when a star ventures too close to a supermassive black hole, objects that reside at the centre of most large galaxies including our Milky Way. The black hole’s tremendous gravitational forces tear the star to shreds, with some of its material tossed into space and the rest plunging into the black hole, forming a disk of hot, bright gas as it is swallowed.

“Specifically, we are able to measure the rate at which it gets brighter after it starts brightening, and we also observed a drop in its temperature and brightness that is unique,” Holoien said.

Observing the oscillation of light as the black hole gobbles the star and spews stellar material in an outward spiral could help astronomers understand the black hole’s behaviour, a scientific mystery since physicist Albert Einstein’s work more than a century ago examined gravity’s influence on light in motion.

Horoscope for 30 June: Check how the stars are aligned for you this Thursday