Thunberg said, "No one is too small to have an impact and change the world, so just do everything you can. Be creative."

Obama announced the Monday meeting via Twitter, hailing the 16-year-old as "one of our planet's greatest advocates."

The Obama Foundation released a video of the former president's meeting with Thunberg — who is visiting the United States after crossing the Atlantic in an emissions-free boat. 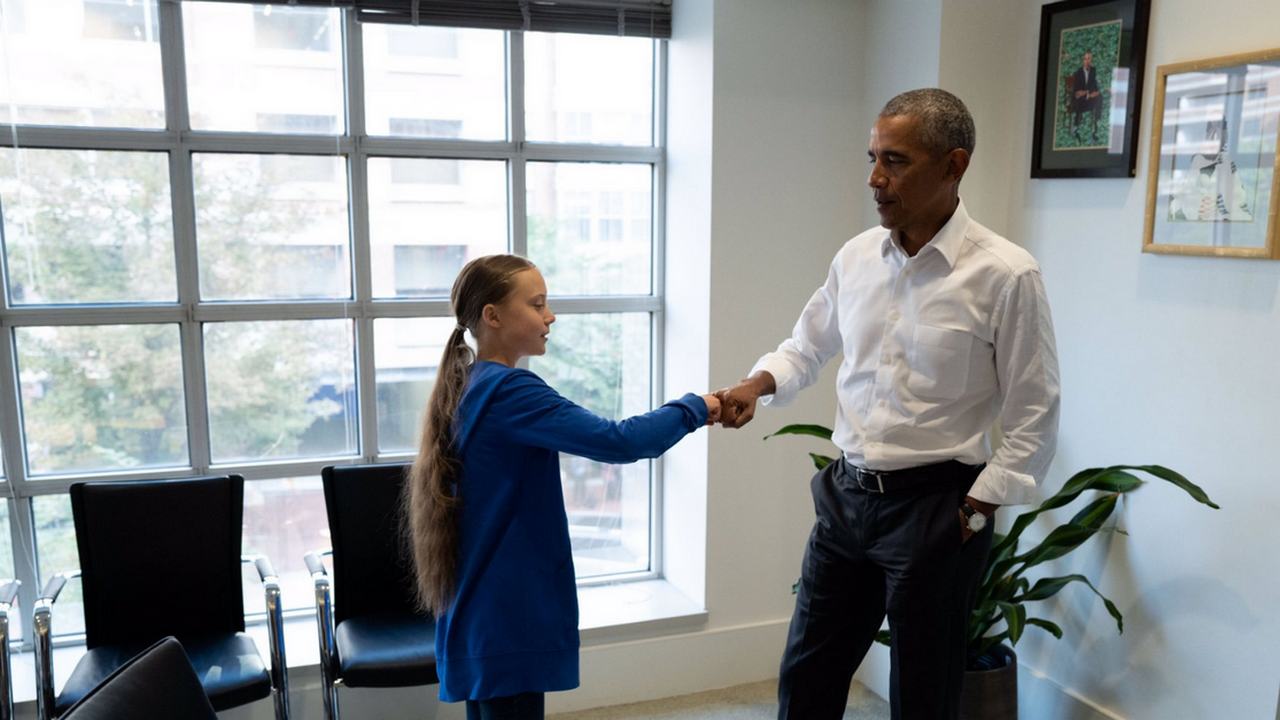 "No one is too small to have an impact and change the world, so just do everything you can. Be creative," Thunberg said during the meeting.

"You and me, we're a team," said Obama, before asking the young activist if she believed in fist-bumping, to which she responded in the affirmative.

Just 16, @GretaThunberg is already one of our planet’s greatest advocates. Recognizing that her generation will bear the brunt of climate change, she’s unafraid to push for real action. She embodies our vision at the @ObamaFoundation: A future shaped by young leaders like her. pic.twitter.com/VgCPAaDp3C

"Recognizing that her generation will bear the brunt of climate change, she's unafraid to push for real action," Obama wrote on Twitter.

On Friday, Thunberg took part in a climate demonstration in front of the White House in Washington, and on September 20 will participate in a "global climate strike" in New York along with other protests around the world.