The simulation shows how the inner accretion disk aligns perfectly with the black hole's equator even if the outer part is angled.

Scientists on Thursday unveiled the most detailed simulation of a black hole yet, solving a mystery dating back more than four decades over how the star-devouring monsters consume matter.

Coming fresh on the heels of the first ever photo of one of the giant objects, which are scattered across the Universe, astrophysicists are now several steps closer to understanding how they form and develop.

A black hole is born when a large star collapses in on itself. Far from being a "hole", they are instead incredibly dense objects with a gravitational pull so strong that nothing, not even light, may escape them.

As they suck in matter such as gas, dust and space debris, they form an accretion disk — a churning mass of super-accelerated particles that are among the brightest objects in the Universe — around them.

It is the accretion disk that can be seen as a blurry halo around the image of the black hole released in April from the Event Horizon Telescope. 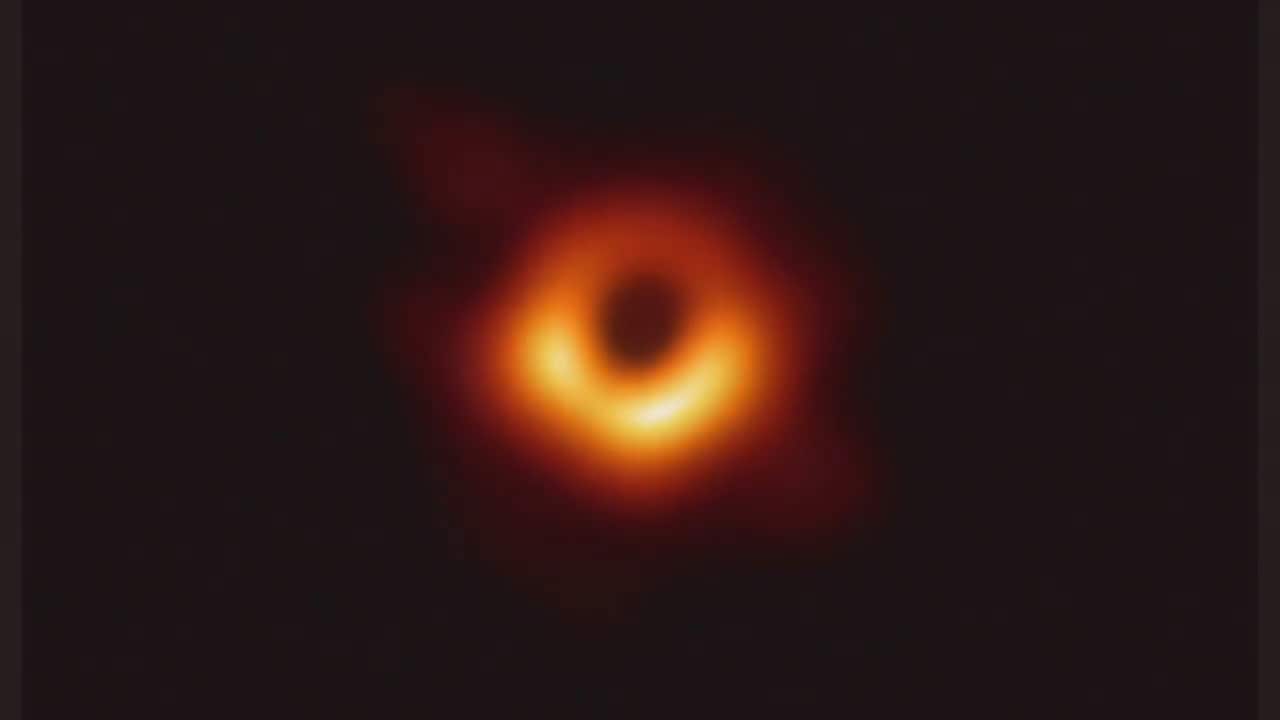 But accretion disks are nearly always tilted at an angle to the orientation of the black hole, known as its equatorial plane.

In 1975, Nobel Prize-winning physicist John Bardeen and astrophysicist Jacobus Petterson theorised that a rotating black hole would cause the inner region of a tilted accretion disk to line up with the black hole's equatorial plane.

But no model could ever work out how, precisely, that would happen. Until now.

A team of astrophysicists from Northwestern University, Oxford University, and the University of Amsterdam, used graphical processing units to crunch large sets of data and simulate how black holes interact with their accretion disks.

Crucially, their approach gave them the computing power to account for magnetic turbulence, which occurs when different particles churn at different speeds within the accretion disk.

It is precisely this electromagnetic effect that causes matter to fall to the centre of the black hole.

Alexander Tchekhovskoy, assistant professor of physics and astronomy at Northwestern's Weinberg College of Arts and Sciences, likened matter accumulating near a black hole to throwing a dart towards the board at random.

"If you don't really aim it will never hit the bullseye," he said. "In the same way, when (matter) falls into the black hole it has some rotation but this rotation will have nothing generally to do with how the black hole rotates. The two rotations will not know anything about each other."

Previous simulations manually predicted the additional friction their creators believed was needed to make matter move towards the black hole.

"Whereas now in our model, we don't have to postulate this friction," Tchekhovskoy told AFP. "We put in magnetic fields and these actually cause instability that then causes friction and the disk falls in as a result."

This might seem like a small detail but it directly affects how fast black holes spin and, consequently, what effect they have on the galaxies that surround them.

The simulation, which produces a disk with two jets of gas and magnetic fields protruding from the centre like fountains, shows the inner part of the accretion disk aligning perfectly with the black hole's equator even as the outer part remains at an angle.

"Before now there was a worry that when you take into account all the complications that come with matter interacting with a black hole, such as magnetic fields, the turbulence in the disk, the swirling motions — those things might kill the alignment effect," said Tchekhovskoy.

"We found that, no, it doesn't kill it, actually the inner parts of the disk do align with the black hole and we can now more confidently make predictions about how black holes would look."

China defends rocket debris, says it's held to different standards than other countries