The Kangaroo Island Wildlife Park is caring for about 18 burned koalas but had to euthanize many more.

It has been described as Australia’s Galapagos Islands and has long been a refuge for some of the country’s most endangered creatures. But devastating wildfires over recent days have undone decades of careful conservation work on Kangaroo Island and have threatened to wipe out some of the island’s unique fauna altogether.

Experts working on the island say the fires have killed thousands of koalas and kangaroos, and also have raised questions about whether any members of a mouse-like marsupial species that carries its young in a pouch have survived. Similarly, it remains unclear how many from a unique flock of glossy black-cockatoos got away from the flames and whether they have a future on an island where much of their habitat has gone up in smoke. Located off the coast of South Australia state, Kangaroo Island is about 50 percent larger than Rhode Island and home to 4,500 people and what was a thriving ecotourism industry. But the wildfires that have been ravaging swaths of Australia have burned through one-third of the island, killing a father and his son and leaving behind a scorched wasteland and a devastated community.

They also have left people scrambling to help the critters that have survived.

“Caring for all these animals is quite amazing,” said Sam Mitchell, co-owner of the Kangaroo Island Wildlife Park. “However, we are seeing a lot that are too far gone. We are seeing kangaroos and koalas with their hands burned off — they stand no chance. It’s been quite emotional.”

Inspired in part by the late Australian wildlife expert Steve Irwin, Mitchell and his wife, Dana, bought the commercial park seven years ago in their early 20s, and have been renovating the place and taking in rescue animals since. On Friday night with the fire approaching, Dana fled with their 18-month-old son, Connor, while Sam stayed behind to defend the park and their dream. A wind change spared the park from the wildfire’s path.

Mitchell said the fires have killed thousands of koalas on the island, a particularly devastating loss because the creatures have remained largely disease-free there, while many koalas on mainland Australia suffer from chlamydia.

The couple are currently caring for about 18 burned koalas, and they’ve had to euthanize many more.

Meanwhile, Heidi Groffen could do nothing, as all eight monitoring stations she and her partner had set up to keep track of the mysterious Kangaroo Island dunnart, the mouse-like marsupial, melted in the flames.

An ecologist and coordinator for the nonprofit Kangaroo Island Land for Wildlife, Groffen said the population of 300 or so dunnarts may have been wiped out altogether because they are too small to outrun wildfires, although she remains hopeful that some may have sheltered in rock crevices.

“Even if there are survivors, there is no food for them now,” she said. “We’re hoping to bring some into captivity before they are completely gone.” 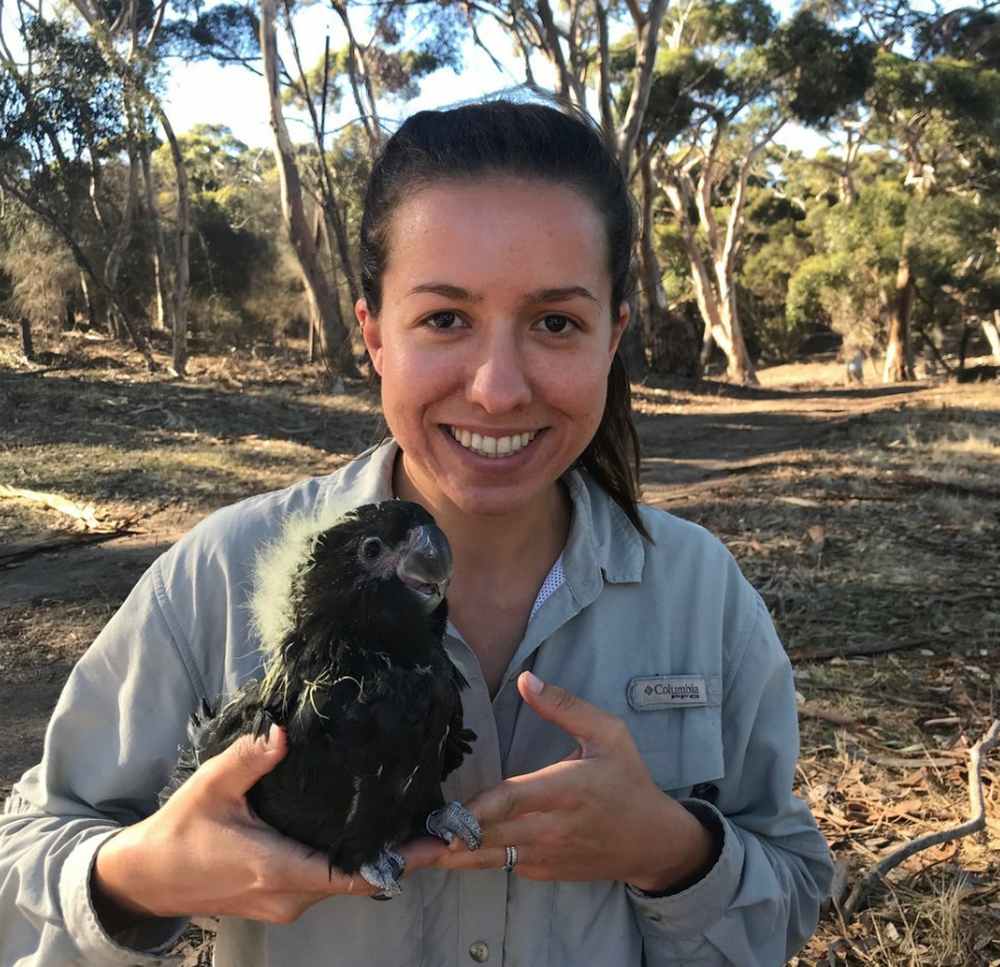 She said the creatures have long fascinated her because so little is known about them.

Also uncertain is the future for the 400 or so Kangaroo Island glossy black-cockatoos. Once prevalent on the South Australia mainland, the birds retreated to the island after humans destroyed much of their traditional habitat.

“Unlike some of the other animals, the birds are in the best position to escape. They can get away from the fires a bit more,” said Daniella Teixeira, who is working on a doctoral degree about the birds at The University of Queensland.

But much like the dunnarts, the cockatoos could find they don’t have enough food left on the island, particularly because they eat only from a single type of tree known as a drooping she-oak. And many hot spots on the island continue to burn.

Teixeira said careful conservation work over the past 25 years has seen the glossy black-cockatoo population increase from 150, but those gains have been wiped out in the space of a week. She said she is currently writing the final chapter of the thesis she began in 2016, but that suddenly everything has changed. “It’s pretty hard to sit here and write a paper on them when I don’t know their status today,” she said.

Fires Near Me App, that gives live updates about Australian bushfires, is now up for sale

Australian Open 2020: Undercooked Roger Federer says he needs to 'take it one match at a time' at tournament