Auroras are electric currents, triggered by interactions between solar winds and charged particles from Saturn's moons.

The upper layers in the atmospheres of gas giants — Saturn, Jupiter, Uranus, and Neptune — are hot, just like Earth's. But unlike Earth, the Sun is too far from these outer planets to account for the high temperatures. Their heat source has been one of the great mysteries of planetary science.

A new analysis of data from NASA's Cassini spacecraft finds a viable explanation for what's keeping the upper layers of Saturn, and possibly the other gas giants, so hot: auroras at the planet's north and south poles. Electric currents, triggered by interactions between solar winds and charged particles from Saturn's moons, spark the auroras and heat the upper atmosphere.

The recent study which was published in Nature Astronomy is the most complete mapping yet of both temperature and density of a gas giant's upper atmosphere — a region that has, in general, been poorly understood. 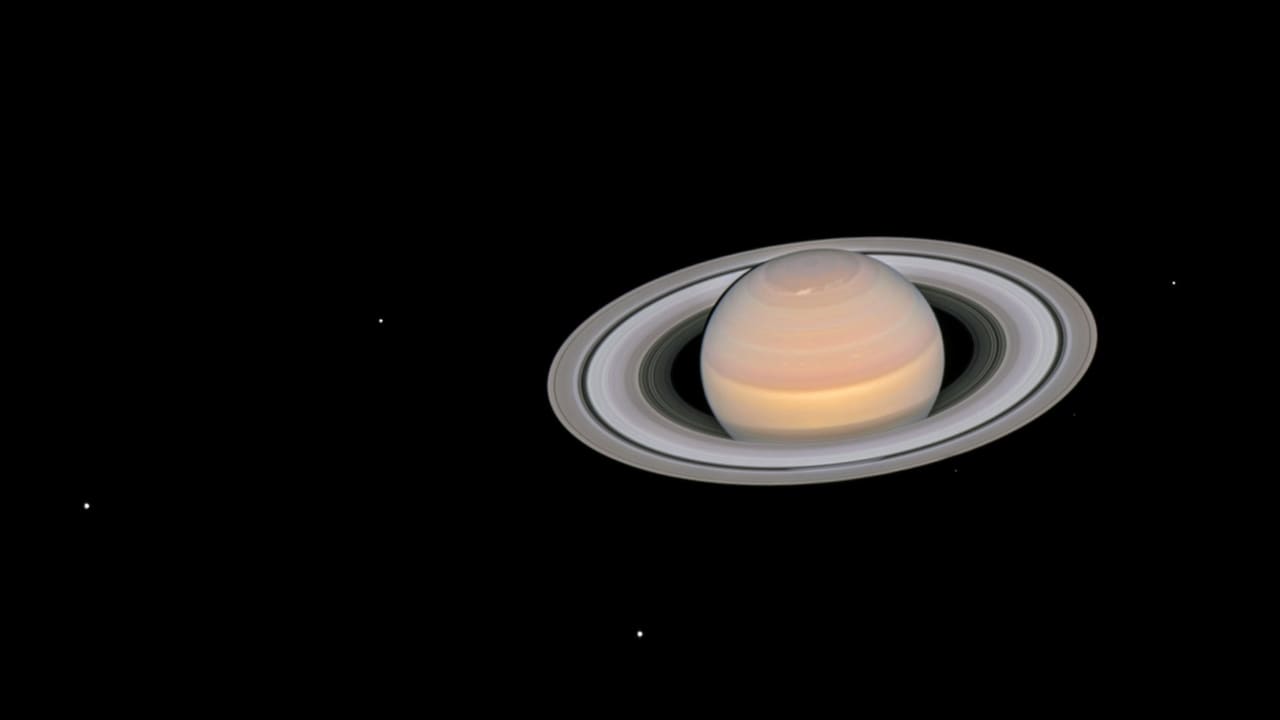 A 2018 composite image of the ringed planet Saturn is pictured with six of its 82 known moons. From left to right, the moons visible in this image are Dione, Enceladus, Tethys, Janus, Epimetheus, and Mimas. Image credit: ESA/Hubble

By building a complete picture of how heat circulates in the atmosphere, scientists are better able to understand how auroral electric currents heat the upper layers of Saturn's atmosphere and drive winds. The global wind system can distribute this energy, which is initially deposited near the poles, toward the equatorial regions, heating them to twice the temperatures expected from the Sun's heating alone.

"The results are vital to our general understanding of planetary upper atmospheres and are an important part of Cassini's legacy," said author Tommi Koskinen, a member of Cassini's Ultraviolet Imaging Spectrograph (UVIS) team.

Managed by NASA's Jet Propulsion Laboratory in Southern California, Cassini was an orbiter that observed Saturn for more than 13 years before exhausting its fuel supply. The mission plunged it into the planet's atmosphere in September 2017, in part to protect its moon Enceladus, which Cassini discovered might hold conditions suitable for life. But before its plunge, Cassini performed 22 ultra-close orbits of Saturn, a final tour called the Grand Finale. 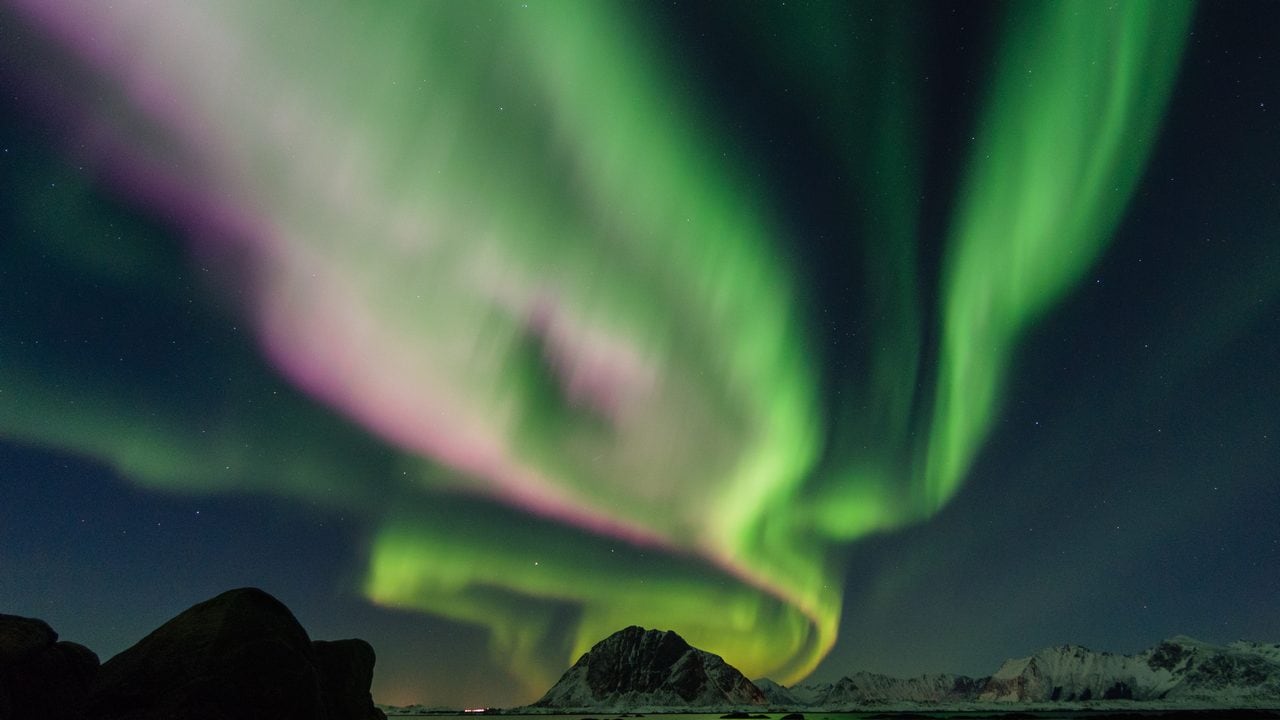 Aurora taking place on Earth also occurs on Saturn's poles and heats the upper layers of the planet.

It was during the Grand Finale that the key data was collected for the new temperature map of Saturn's atmosphere. For six weeks, Cassini targeted several bright stars in the constellations of Orion and Canis Major as they passed behind Saturn. As the spacecraft observed the stars rise and set behind the giant planet, scientists analyzed how the starlight changed as it passed through the atmosphere.

Measuring the density of the atmosphere gave scientists the information they needed to find the temperatures. (Density decreases with altitude, and the rate of decrease depends on temperature.) They found that temperatures peak near the auroras, indicating that auroral electric currents heat the upper atmosphere.

And both density and temperature measurements together helped scientists figure out wind speeds. Understanding Saturn's upper atmosphere, where planet meets space, is key to understanding space weather, and its impact on other planets in our solar system and exoplanets around other stars.