Their observation proved that Isaac Netwon’s theory of gravity was not right in this case as he suggested that the orbit of a star would be elliptical. It was Einstein who had predicted the path correctly.

Albert Einstein's general theory of relativity has again been in news as astronomers have discovered the behavior of a star in line with the theory.

A study published in the journal Astronomy & Astrophysics has revealed that the star was found orbiting a black hole at the centre of Milky Way galaxy.

The researchers have said that during their observation they saw the star trace a rosette-shaped orbit around the black hole.

Their observation proved that Isaac Netwon’s theory of gravity was not right in this case as he suggested that the orbit of a star would be elliptical. It was Einstein who had predicted the path correctly. 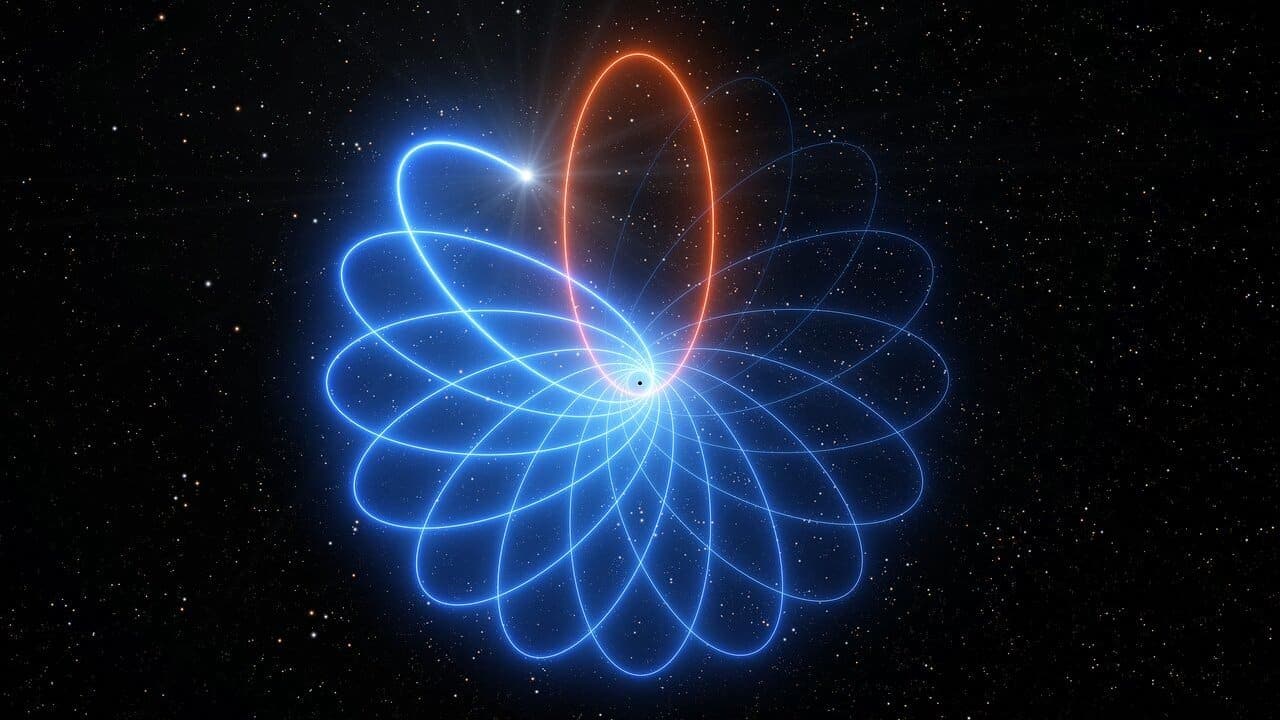 Observations made with ESO’s Very Large Telescope (VLT) have revealed for the first time that a star orbiting the supermassive black hole at the centre of the Milky Way moves just as predicted by Einstein’s general theory of relativity. Image: ESO

Theory of Relativity, which was published in 1915, has helped scientists understand the forces of gravity.

The study was conducted by European Southern Observatory (ESO) scientists using the ESO’s Very Large Telescope, which is located atop a mountain at nearly 2,700 metres above sea level in Chile's Atacama desert. The region’s low humidity and smooth airflow helped astronomers get clear visibility for the telescope.

“Einstein’s General Relativity predicts that bound orbits of one object around another are not closed, as in Newtonian Gravity, but precess forwards in the plane of motion. This famous effect — first seen in the orbit of the planet Mercury around the Sun — was the first evidence in favour of General Relativity,” says Reinhard Genzel, Director at the Max Planck Institute for Extraterrestrial Physics (MPE) in Garching, Germany.

The research also points to the existence of a black hole called Sagittarius A*, believed to have 4 million times the mass of the sun and 26,000 light-years from it.

The ESO, in a statement, said, “This long-sought-after result was made possible by the mysteries of the behemoth lurking increasingly precise measurements over nearly 30 years, which have enabled scientists to unlock at the heart of our galaxy.”