Main object, referred to as MM 1a, is a young massive star surrounded by a rotating disc of gas and dust.

Instead of finding a planet, astronomers have detected a star forming in the outer regions of the disc of dust and gas surrounding a massive star. 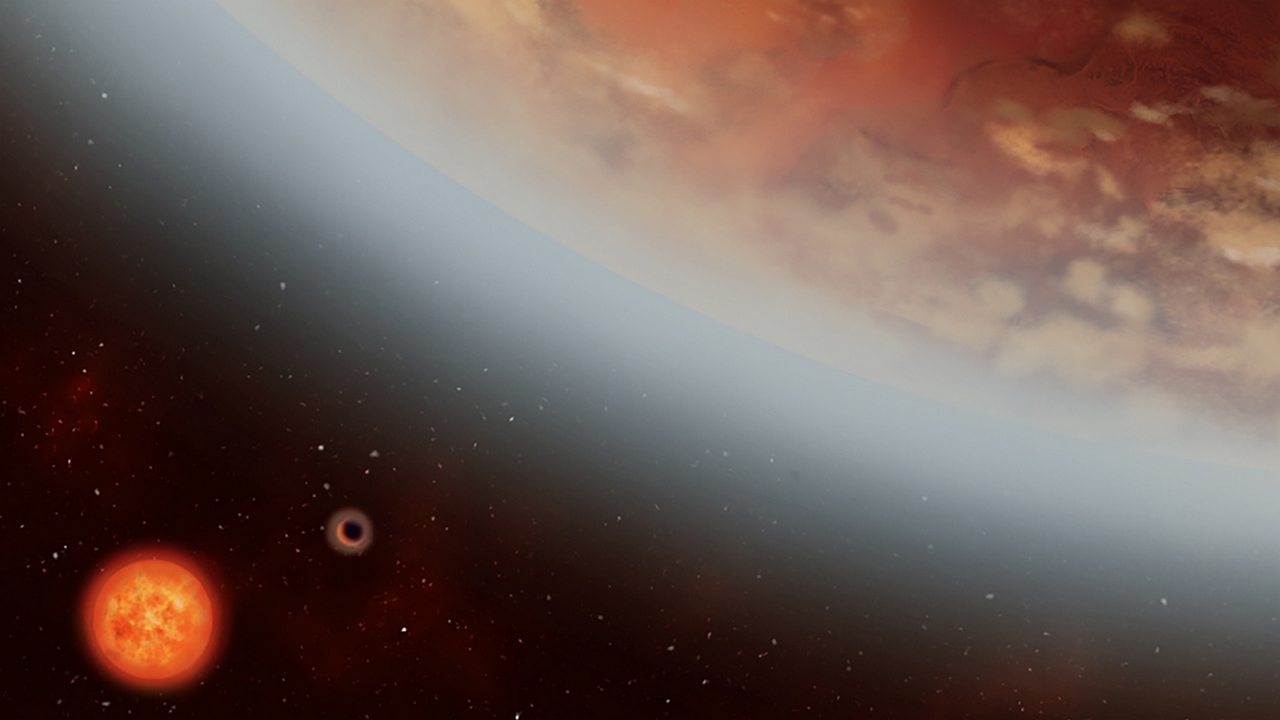 The main object, referred to as MM 1a, is a young massive star surrounded by a rotating disc of gas and dust that was the focus of the scientists' original investigation.

A faint object, MM 1b, was detected just beyond the disc in orbit around MM 1a, according to the study published in the Astrophysical Journal Letters.

"Stars form within large clouds of gas and dust in interstellar space," said lead researcher John Ilee from the University of Leeds in Britain.

"When these clouds collapse under gravity, they begin to rotate faster, forming a disc around them. In low mass stars like our Sun, it is in these discs that planets can form.

"In this case, the star and disc we have observed is so massive that, rather than witnessing a planet forming in the disc, we are seeing another star being born," Ilee added.

By measuring the amount of radiation emitted by the dust, and subtle shifts in the frequency of light emitted by the gas, the researchers were able to calculate the mass of MM 1a and MM 1b.

"Many older massive stars are found with nearby companions," added Ilee.

"But binary stars are often very equal in mass, and so likely formed together as siblings. Finding a young binary system with a mass ratio of 80:1 is very unusual, and suggests an entirely different formation process for both objects," Ilee said.

The astronomers made this surprising discovery by using a new instrument situated high in the Chilean desert - the Atacama Large Millimetre/submillimetre Array (ALMA).

GAIL to invest Rs 1.05 lakh cr over next five years to create infrastructure for gas-based economy

Indian Oil hikes prices of non-subsidised LPG by up to Rs 145 per cylinder; here's list of rates of cooking gas in major cities