Astronomers capture image of a galaxy described as a “cosmic ring of fire”, as it existed 11 billion years ago

It is two billion times longer than the distance between the Earth and the Sun and makes stars at 50 times the rate of the Milky Way.

Astronomers have discovered an extremely rare ‘cosmic ring of fire’ located 10.8 billion light-years away from the Earth.

The image of the 'cosmic ring of fire' was captured by astronomers from Australia's ARC Centre for Excellence for All Sky Astrophysics in 3 Dimensions on Monday night. The galaxy has been named R5519.

Study authors say that the galaxy is 11 billion light-years away from the solar system and is two billion times longer than the distance between the Earth and the Sun. It is a “collisional ring galaxy” and this is the first time that such a galaxy has been located. It makes stars at 50 times the rate of the Milky Way. 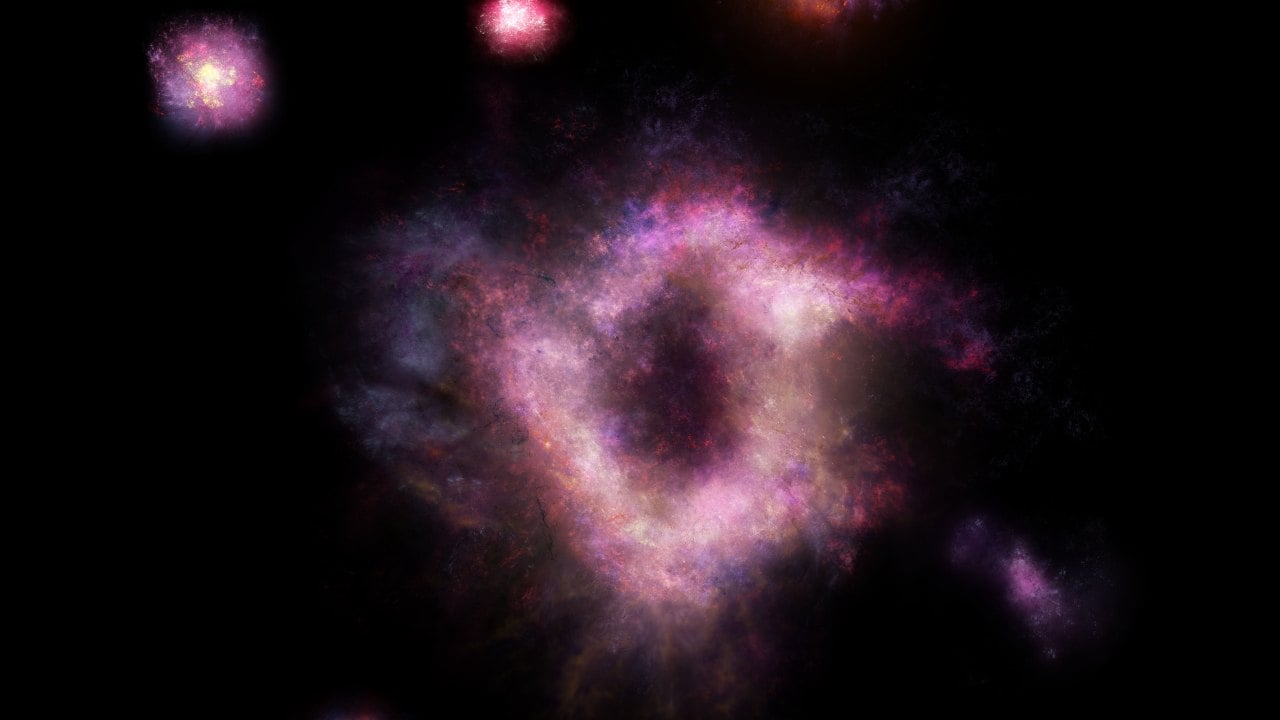 “It is a very curious object that we've never seen before. It looks strange and familiar at the same time,” Yuan said.

A report by CNN mentioned that the hole at the centre of the galaxy has a diameter two billion times longer than the distance between Earth and the sun.

According to Professor Kenneth Freeman from the Australian National University, the discovery had a huge impact on understanding how galaxies like the Milky Way formed.

“The collisional formation of ring galaxies requires a thin disk to be present in the 'victim' galaxy before the collision occurs. The thin disk is the defining component of spiral galaxies: before it assembled, the galaxies were in a disorderly state, not yet recognisable as spiral galaxies,” Freeman said.

The discovery of the galaxy R5519 was announced in the Nature Astronomy journal.