Asteroid that killed dinosaurs hit Earth at 60 degrees, maximising the amount of climate-changing gases that entered the atmosphere

It released sulphur in the air and started a “nuclear winter” that not only wiped out dinosaurs but caused 75 percent of life on Earth to go extinct.

A new study now suggests that the asteroid which led to the extinction of dinosaurs 66 million years ago hit Earth at the “deadliest possible” angle.

Study authors from the Imperial College London’s Department of  Earth Science and Engineering have reached the conclusion, the results of which have been published in the journal Nature Communications.

According to an article in People, the researchers used 3D numerical simulations and geophysical data from the site of the asteroid to determine how the crater, known as Chicxulub, struck the Earth at an angle of about 60 degrees, maximising the amount of climate-changing gases to enter the atmosphere. 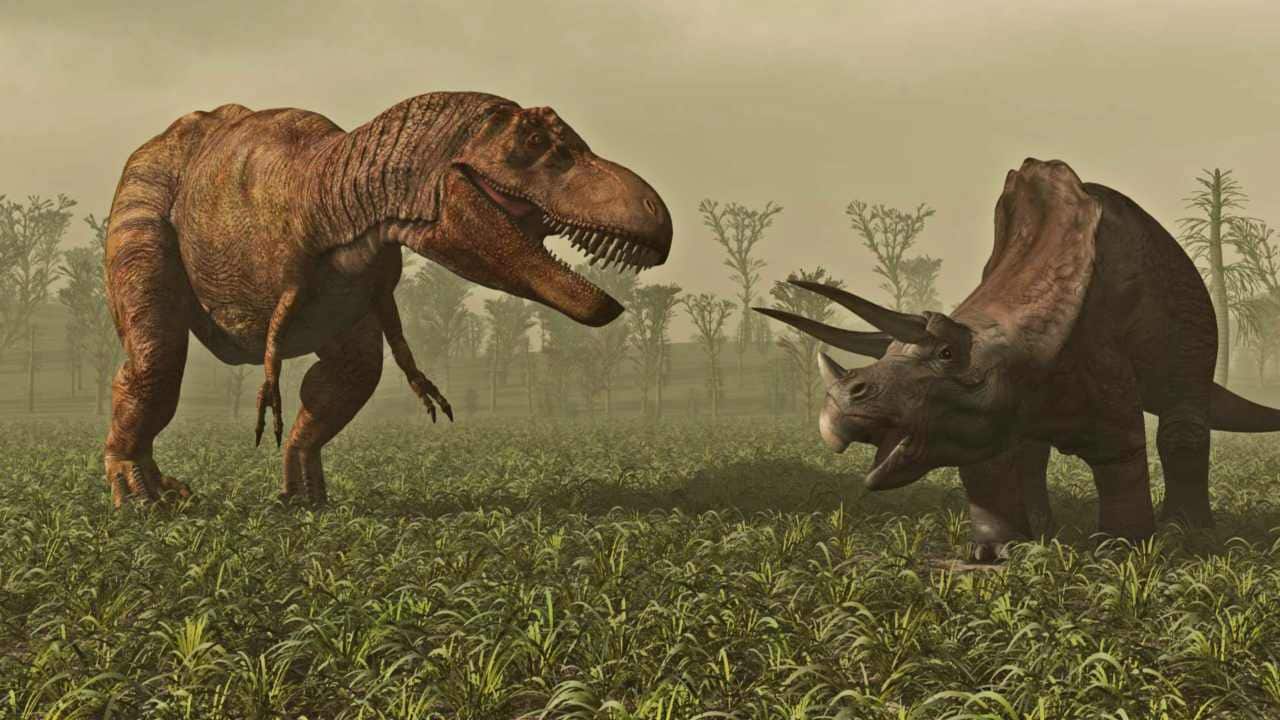 This led to the release of billions of tonnes of sulphur in the air and the occurrence of a “nuclear winter” that not only wiped out dinosaurs but caused the extinction of 75 per cent of life on Earth.

According to a report on the Imperial College London website, lead researcher Professor Gareth Collins said that the asteroid strike unleashed an incredible amount of climate-changing gases into the atmosphere. This triggered a chain of events that led to the extinction of the dinosaurs.

“This was likely worsened by the fact that it struck at one of the deadliest possible angles,” he said.

According to Collins, the simulations provide compelling evidence that the asteroid struck at a steep angle, perhaps 60 degrees above the horizon, and approached its target from the north-east.

“We know that this was among the worst-case scenarios for the lethality on impact because it put more hazardous debris into the upper atmosphere and scattered it everywhere – the very thing that led to a nuclear winter,” he went on to add.

The website further reveals their team of researchers, along with scientists from the University of Freiburg and the University of Texas at Austin, began by studying the shape and structure of Chicxulub in Mexico. They simulated the event on the computer and found that the asteroid came horizontally, at 20 kilometres per second and hit the earth at a 60 degree angle.

Speaking to New Scientist, Collins said that the circumstances around the impact were rather ideal because they released as much vapour into the air as possible.

“This was a very bad day for the dinosaurs, and the more special the circumstances that had to come together to cause this event, the less likely that it’ll happen again,” he explained.

'The clock is ticking': UN chief laments leadership gap ahead of climate talks