A giant asteroid named 441987 shot past Earth on Wednesday, 24 June early in the morning.

According to a report by Express UK that cited NASA, the asteroid measures somewhere between 140 metres and 310 metres, which means that it is three times bigger than the 96-metre tall Big Ben.

The report mentions that the asteroid is travelling at a speed of 46,400 kmph and passed by at a distance of 3.76 million kilometres. This makes it a Near-Earth Object. 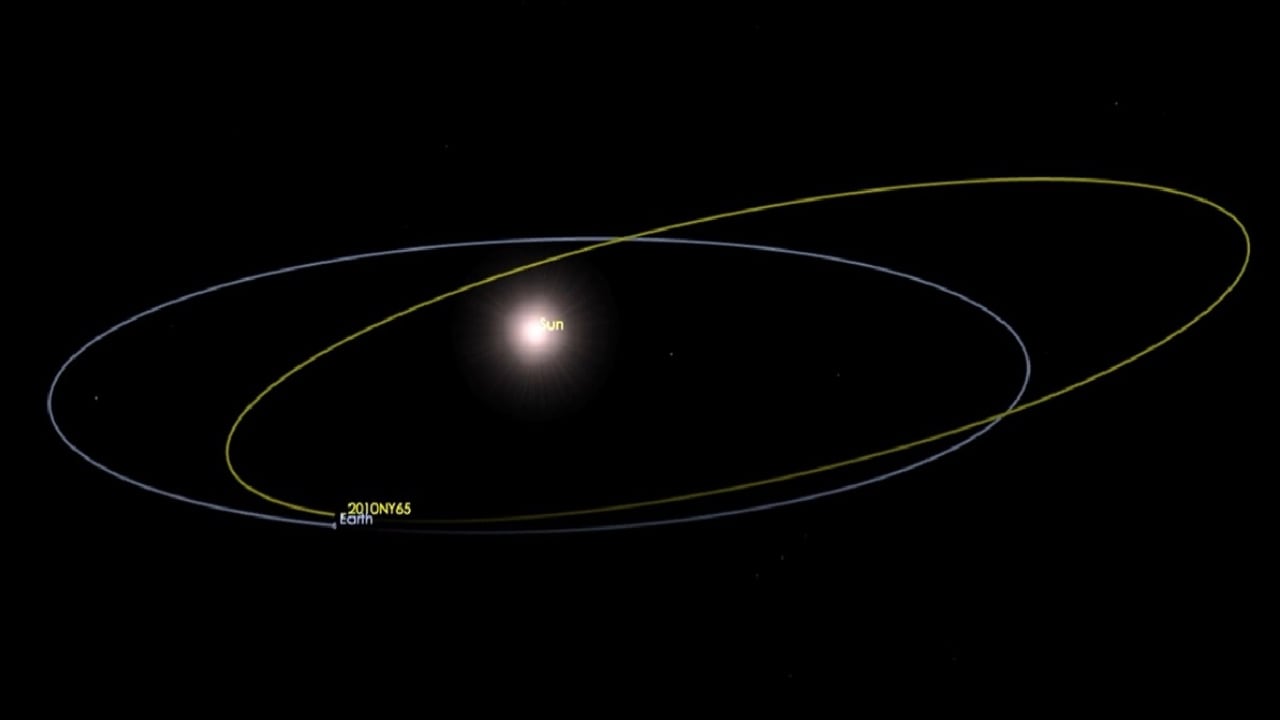 The elliptical orbit of asteroid 441987 meets with Earth's orbit around the sun. Image credit: JPL/NASA

According to National Aeronautics and Space Administration (NASA), NEO's are comets and asteroids that have been "nudged by the gravitational attraction of nearby planets into orbits that allow them to enter the Earth’s neighbourhood."

The report by NASA further mentions that as leftover blocks of heavenly bodies from the time of the solar system formation, comets and asteroids offer clues to the chemical mixture from which the planets formed some 4.6 billion years ago.

According to a report by Mirror UK, NASA had earlier said that no one should be overly concerned about the Earth impact of an asteroid or comet.

According to NASA, the threat to a person from auto accidents, disease and other natural disasters are much higher than the threat from NEOs.

The 441987 or 2010 NY65 was discovered on 10 July 2019 by the Wide-field Infrared Survey Explorer (WISE) spacecraft. According to NASA, the asteroid made close approaches to Earth from 2015 to 2022, thus making it an excellent candidate for observation.