The grab-and-go asteroid mission will be broadcasted live from JAXA's control room on 22 February.

We've all heard of shooting stars, but shooting asteroids?

The zany idea to 'shoot' an asteroid is how the Japanese space agency JAXA plans to grab a sample from an asteroid using its Hayabusa 2 spacecraft.

Hayabusa 2 is currently orbiting the asteroid Ryugu, onto which two of its rovers have already landed.

However, a similar landing of the Hayabusa 2 spacecraft itself is a very risky move. Since the spacecraft arrived at Ryugu in mid-2018, mission scientists have analysed the surface of the asteroid, which is far rockier than they expected.

The surface of Ryugu was not what we expected. So our sampler team had to conduct an experiment to check we could still gather material from the asteroid surface when we attempt #haya2_TD touchdown this Friday! https://t.co/bCzvW2gwSr pic.twitter.com/XxJXETKB6N 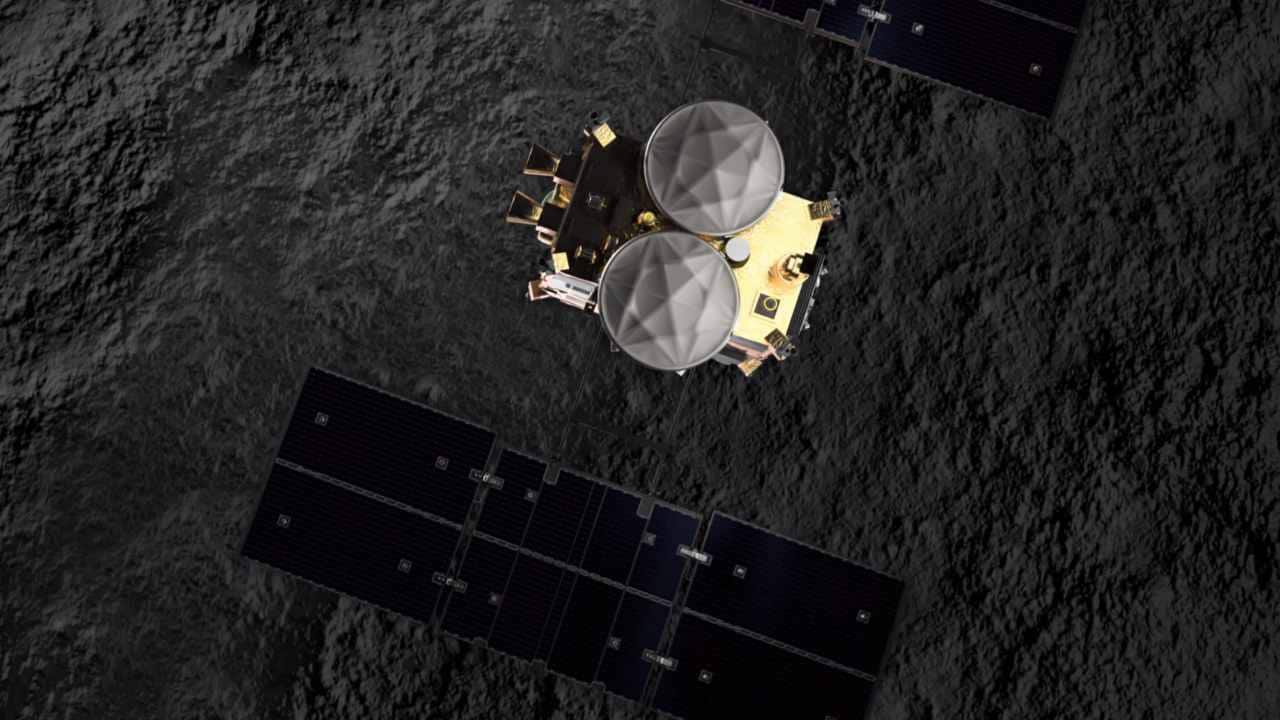 Representational image of Hayabusa-2 attempting to touchdown on Ryugu. DLR

JAXA decided against landing and postponed the touchdown to a later date to work out a safe strategy to pick up samples using its sampler horn from Ryugu. The new time set for sample collection is 22 February, Friday at 8 am Japan time, which works out to 4 am IST Friday morning.

The grab and go mission will be broadcast live from JAXA's control room with English subtitles for international viewers. A link to the live stream will be shared by the agency before Friday.

Hayabusa 2 is armed with a cylindrical 'sampler horn', which is designed to touch the surface of Ryugu, fire a bullet into the hard rock and pick up fragments and rock shards that were thrown up by the impact.

JAXA also performed a ground test of the mission years ago, in which large rocks that resemble meteorites were crushed using a metal projectile — a metal bullet made from tantalum — travelling at 300 metres per second. The tests showed that after shooting the test asteroid, it was easier for the sampler to pick up the smaller chunks. 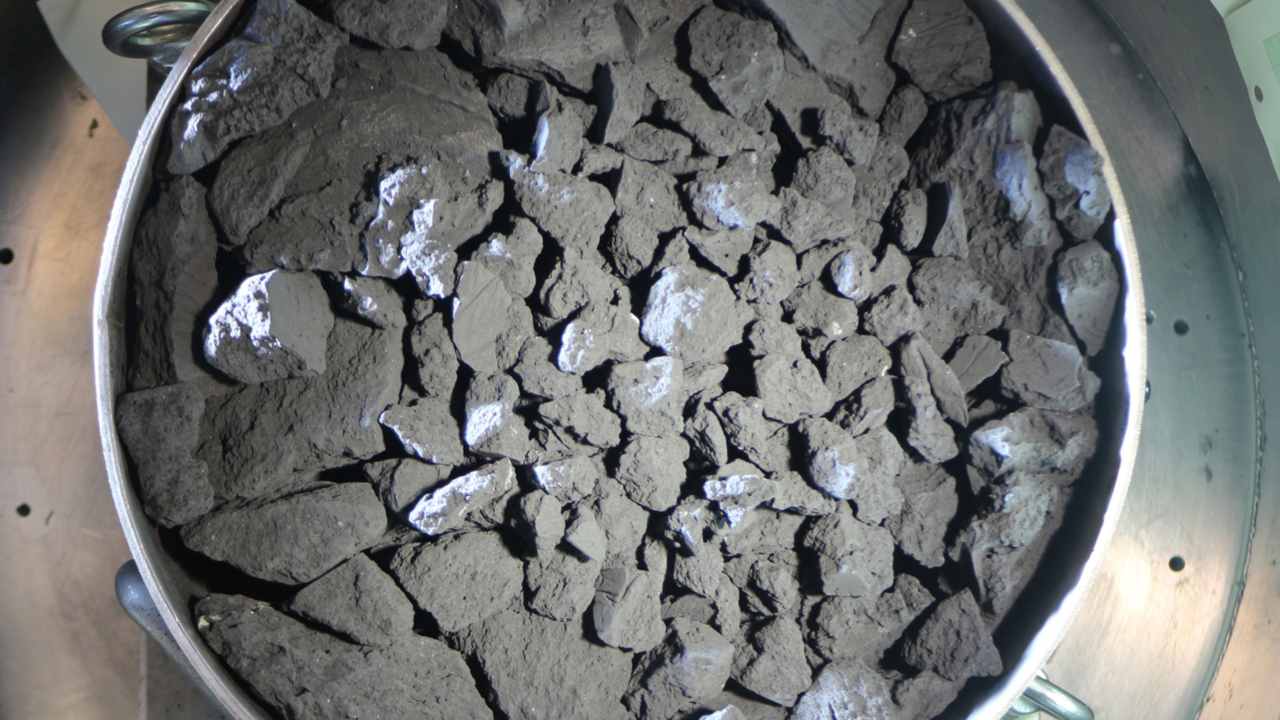 A target made to simulate the surface of Ryugu. Image credit: JAXA/University of Tokyo

Hayabusa 2's mission is to study a near-Earth asteroid, sample it and offer clues as to how our solar system was formed. It is expected to make a touchdown on Ryugu later this month.

Touchdown #haya2_TD is planned for Feb 22 ~8am JST! We will have a live web broadcast from the control room (link coming soon) with English translation.

Have questions? Ask us at the #haya2_QA hashtag! (Early is fine.)

(Please forgive us if we cannot get to all your questions.)

Apart from sample collection, Hayabusa 2 is also equipped with cameras for images at different wavelengths, study mineral composition using its high-power microscope, read surface temperatures and detect the strength of magnetic fields in and around the asteroid.

The $260 million Hayabusa 2 spacecraft was launched in December 2014 and is expected to return with samples from Ryugu in 2020.

By collecting these samples from Ryugu, scientists are looking for answers about how the universe and the life in it came to exist, and whether elements from space helped give rise to life on Earth.