The asteroid was 'nudged' into Earth's near neighbourhood by the gravitational pull of planets as it orbits through the solar system.

A potentially hazardous asteroid (PHA) called Asteroid 2020 ND has kept scientists on their toes of late. The near-earth object (NEO) is expected to harmlessly brush past our planet soon.

The Centre for Near-Earth Objects Studies (CNEOS) at NASA calculates with high precision the orbits for many NEOs and asteroids like Asteroid 2020 ND, and predicts how they're most likely to move in the future.

It warned that the "potentially dangerous" asteroid was going to move past earth today (July 24). In a statement, the space agency had said the asteroid will be travelling at the speed of 48,000 kilometres per hour. 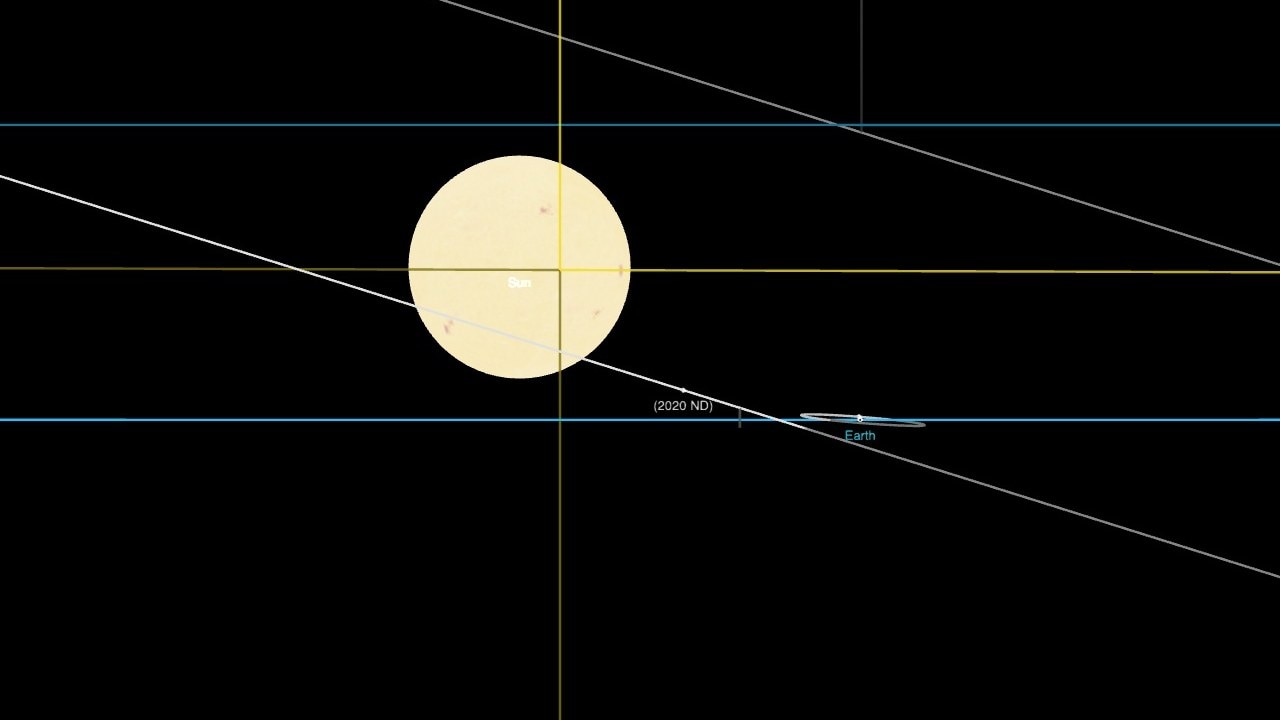 A look at the closest pass of Asteroid 2020 ND to Earth. Image: Snapshot of Orbit Viewer CNEOS

The approaching asteroid 2020 ND is also a NEO – an asteroid that has been "nudged" by the gravitational pull of nearby planets into orbits. This nudge pushes the NEO to enter Earth's near neighbourhood. These asteroids and comets are useful for the study of the "primordial mixture" from which planets formed.

The outer planets in our solar system – Jupiter, Saturn, Uranus, and Neptune – are thought to have been formed from an agglomeration of billions of comets. The left over bits and pieces from this formation process are the comets we see today, CNEOS says in its website.

Likewise, today’s asteroids are the bits and pieces left over from the initial agglomeration of the inner planets that include Mercury, Venus, Earth, and Mars. 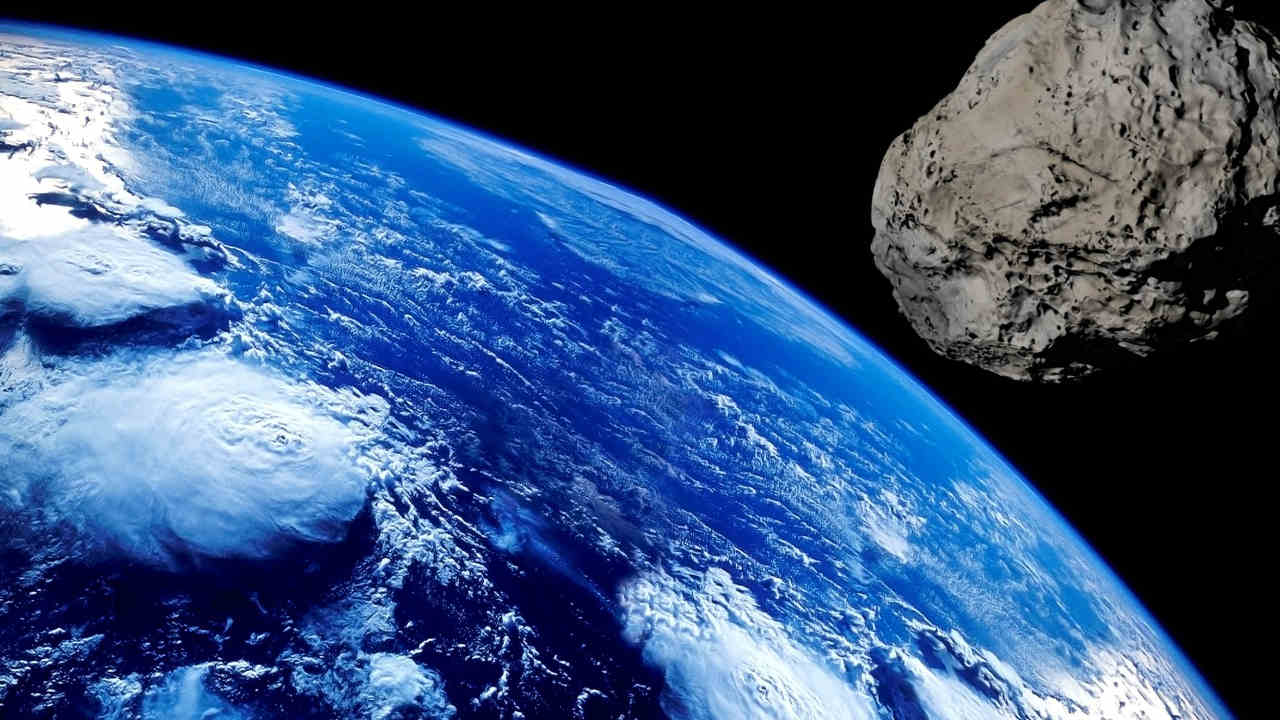 According to CNEOS, the asteroids that are marked to be PHAs have the potential to make "threatening close approaches to the Earth". It adds that asteroids within a certain distance of Earth, called the Minimum Orbit Intersection Distance (MOID), of 0.05 au (~ 7.5 million kilometres) that have an absolute magnitude (a measure of how luminous a celestial object is when placed 1 au away from an observer and the Sun) of 22 or less are considered potentially hazardous.

The American space agency has, however, informed people that a PHA approaching earth does not mean that it will "necessarily impact" the planet. Instead, it only means that there is a possibility of a remote threat that the space rock posses.

They stated that by monitoring the PHAs and updating their orbits, one can better predict the close-approach statistics and subsequently their threat of impact on Earth.