This discovery means that the solar system’s biggest planet, Jupiter is no longer is the planet with the most moons.

The solar system has a new winner in the moon department.

Twenty new moons have been found around Saturn, giving the ringed planet a total of 82, scientists said Monday. That beats Jupiter and its 79 moons.

“It was fun to find that Saturn is the true moon king,” said astronomer Scott Sheppard of the Carnegie Institution for Science.

If it’s any consolation to the Jupiter crowd, our solar system’s biggest planet — Jupiter — still has the biggest moon. Jupiter’s Ganymede is almost half the size of Earth. By contrast, Saturn’s 20 new moons are minuscule, each barely 5 kilometres in diameter. 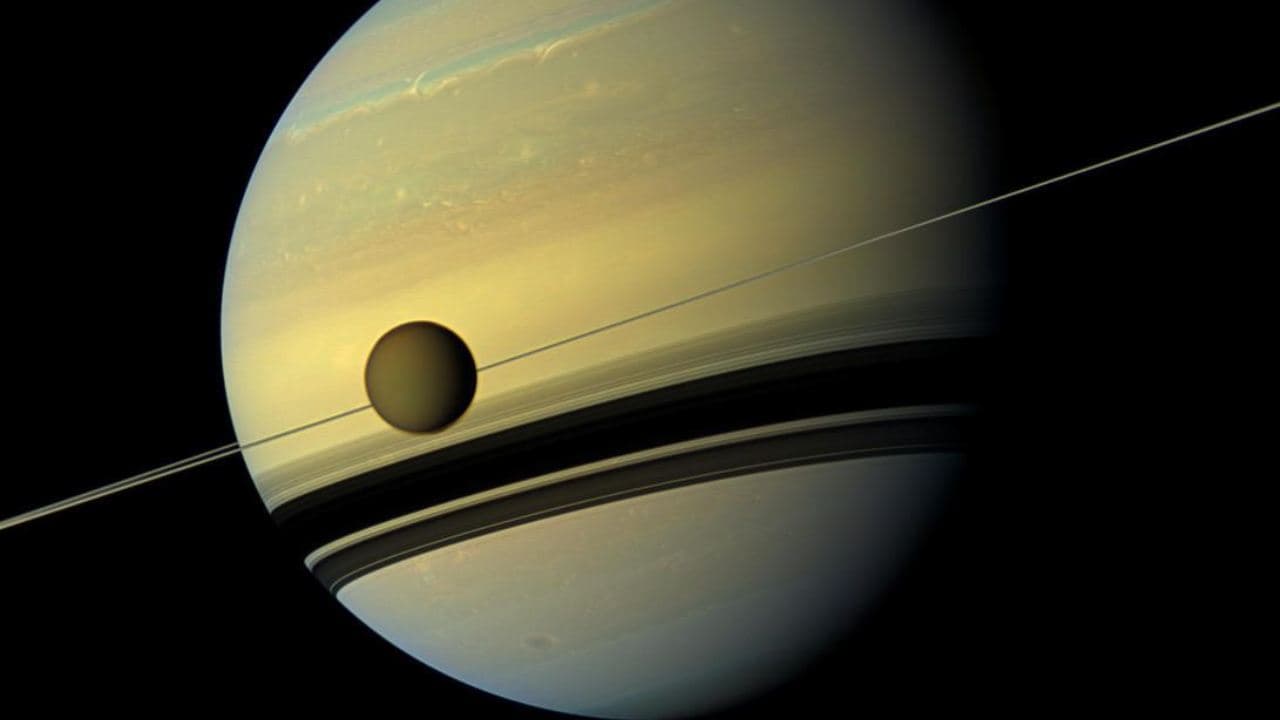 Saturn along with its moon Titan

Sheppard and his team used a telescope in Hawaii to spot Saturn’s 20 new moons over the summer. About 100 even tinier moons may be orbiting Saturn, still waiting to be found, he said.

Astronomers have pretty much completed the inventory of moons as small as 5 kilometres around Saturn and 1.6 kilometres around Jupiter, according to Sheppard. Future larger telescopes will be needed to see anything smaller.

It’s harder spotting mini-moons around Saturn than Jupiter, Sheppard said, given how much farther Saturn is.

“So seeing that Saturn has more moons even though it is harder to find them, shows just how many moons Saturn has collected over time,” he wrote in an email. These baby moons may have come from larger parent moons that broke apart right after Saturn formed. Seventeen of Saturn’s new moons orbit the planet in the opposite, or retrograde, direction. The other three circle in the same direction that Saturn rotates. They’re so far from Saturn that it takes two to three years to complete a single orbit.

“These moons are the remnants of the objects that helped form the planets, so by studying them, we are learning about what the planets formed from,” Sheppard wrote.

Just last year, Sheppard found 12 new moons around Jupiter. The Carnegie Institution had a moon-naming contest for them; another is planned now for Saturn’s new moons.

The jury is still out on whether any planets beyond our solar system have even more moons. For now, Saturn has the most known moons.