Several states have raised concerns over declining forest-related revenue after the National Forest Policy was implemented.

When the 14th Finance Commission incentivised forest cover in states, with the aim of balancing ecology and economic development, the move was welcomed by civil society. The 14th Commission’s recommendations, which are in force from 2015-2020, noted that forests would be considered as a criteria when deciding the distribution of central taxes to states in India.

Over time though there has increasingly been a question about whether the states are being rewarded sufficiently for their efforts in protecting forests and increasing forest cover.

In its report, the 14th Finance Commission determined the share of taxes using parameters such as the population in 1971 and changes in population since, income distance, area and forest cover (newly introduced in the Commission). It was a significant step as it was for the first time that the Commission gave forests weightage in determining states’ share in the union tax revenue, according to news reports. Prior to that, the 12th and 13th Finance Commissions had allocated grants of Rs. 10 billion (Rs. 1,000 Crore) and Rs. 50 billion (Rs. 5,000 Crore) respectively to states primarily on the basis of forest cover. Elephants and a forest official at the Kaziranga National Park in the Nagaon District of Assam on 1 Dec 2019. Image: Getty

The upcoming report is significant in the light of India pursuing a target of having 33 percent of its total area under forest cover. India has also promised to create an additional carbon sink of 2.5-3 billion tonnes of carbon dioxide equivalent by 2030.

In such a scenario, there is increasingly a demand that states should be further adequately compensated for protecting their forests and increasing the forest cover. Both states and conservationists have expressed that the upcoming 15th Finance Commission report while continuing the forest-related criteria and weightage to ecological benefits from forests, should also offer incentives and rewards for states who are increasing their forest cover (as recorded in India’s state of forest report published after every two years) and grants for tackling climate change and increasing carbon sink.

These requests align with the terms of reference of the 15th Finance Commission which notify to consider performance-based incentives on the basis of work done by states on issues related to climate change and United Nations Sustainable Development Goals. Forests are deeply linked with both areas. 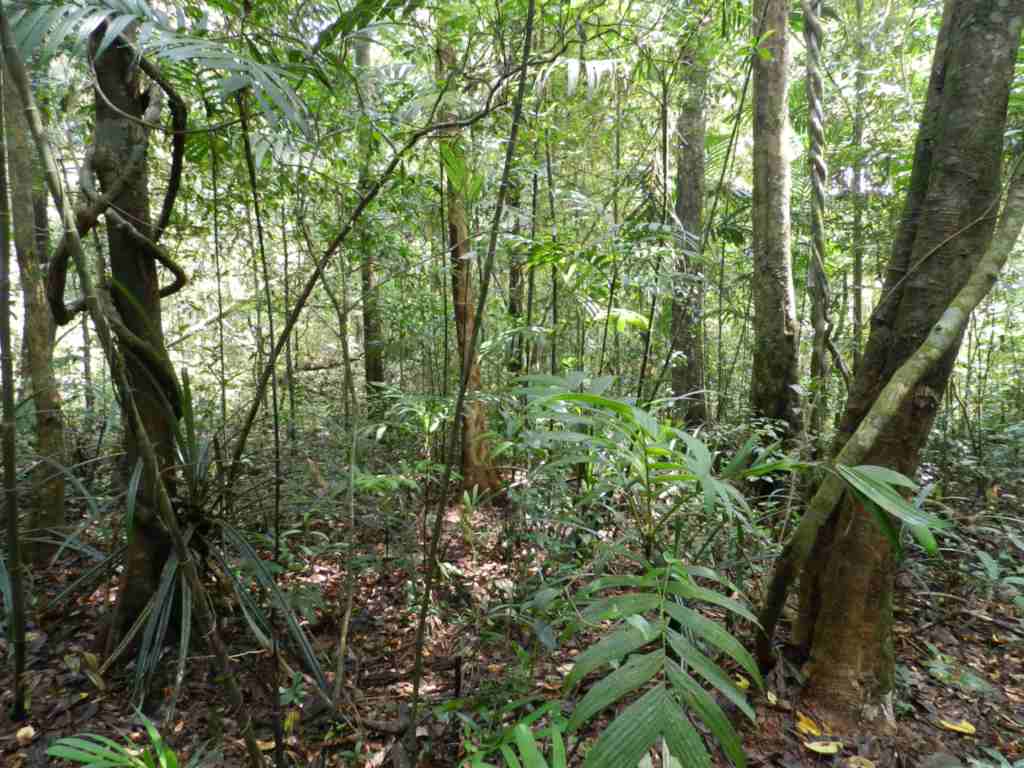 India, which is the seventh-largest country in the world by area, has about 21.54 percent of its total geographical area under forest cover. If tree cover (calculated separately from forest cover) is also added, the area becomes about 24.39 percent of India’s total geographical area. India is also among the top 10 most forested nations of the world and supports lives of over 250 million people. Additionally, India is among the 17 mega diverse nations in the world and home to nearly eight percent globally-known flora and fauna. The forests are also important for protecting people from air pollution and climate change while being a source of clean water.

With such numbers as a premise, the 14th Finance Commission in its report had noted that keeping in view the “ecological benefits and the need to support States in shouldering the responsibility of managing the environment, we have decided to consider area covered by forests as one of the important criteria for horizontal devolution.” It assigned 7.5 percent weightage to forest cover among other criteria.

“The devolution formula, thus, captures both revenue and cost disability and also enables the States to consider forests as a national treasure that needs to be protected,” the report had said. It had argued that there is a need to address the concerns of people living in forest areas and ensure a desirable level of services for them while at the same time, it is necessary to compensate for the decline in revenues due to existing policy prescriptions.

However, it also noted that many states have raised concerns over declining revenue from forests due to the implementation of the National Forest Policy as the exploitation of forest resources, including felling of trees, can be carried out only on the basis of a centrally approved, scientific and sustainable regeneration plan. It also observed that States thus argued that those with large forest cover are deprived of an important source of revenue. The high numbers reflect the importance. For instance, as per official estimates, the cost of forest land that can be converted to agriculture could be as high as Rs. 2.5 trillion annually for all states combined.

“We have, in our tax devolution formula, included the area under forest cover as one of the criteria. But, in order to address these common concerns and issues that arise from the management of natural resources, global concerns on climate change and the issue of sustainable development, we are of the view that the Union and the States need to become partners in addressing the challenges of development in a manner that is sustainable and preserves the ecological balance,” the 14th Commission report noted. A senior forest officer of the government of India explained that there is a growing realisation that states that are not only protecting forests but also increasing their forest cover needs to be adequately rewarded for their efforts.

"It is something that is not happening. But over the past 10 years, there has been a serious discussion around it. There has been an active discussion in central government circles about it and even the finance commission is aware of the matter. But nothing has been finalised as yet," the officer, who wished anonymity, explained to Mongabay-India.

"Recently, the states have been given hundreds of billions of rupees for doing afforestation. But a lot still needs to be achieved. If states are rewarded enough it can be an encouraging step for those who are actually working. After all, the ecological services from a forest area are not limited to the boundaries of that state alone," the officer said.

Can higher funds to states lead to better conservation?

Under the Forest (Conservation) Act 1980, the government collects money for diverting forest land for non-forest purposes such as industrial projects like mining or dams. Over the past few decades, this collected amount, which has to be used for carrying out compensatory afforestation across the country, reached over Rs 500 billion (Rs 50,000 crore).

Union Minister of State in the Ministry of Environment, Forest and Climate Change Babul Supriyo recently told the parliament that, in August 2019, the central government distributed about Rs 474.36 billion (Rs 47,436 crore) to the states to carry out the afforestation work. This money is separate from the money given to states for forests under the recommendations of the finance commission. But experts argue that a high amount of funds being transferred doesn’t necessarily mean it is translating into benefits to those who are either dependent on forests or are impacted by forests being cut.

“The whole issue of financial transfers for forest conservation is complicated. The Compensatory Afforestation Fund Act (CAMPA) funds are supposedly the ‘compensation’ for forest lost. The finance commission transfers are supposedly the reward for forest not lost or forest maintained. In both cases, the real question is who is to be compensated or rewarded?” Sharachchandra Lele, a distinguished fellow at the Centre for Environment and Development, Ashoka Trust for Research in Ecology and the Environment (ATREE), told Mongabay-India.

“Who is affected when forests are diverted for mining? And who has to contribute for forest conservation work effectively? The answer is both cases is local communities. Unfortunately, they and their statutory rights are completely missing from the discussion on forest-related financial transfers,” said Lele.