Archaeologists have discovered a two-kilometre wide prehistoric circle near Stonehenge

When the pits were first found they were thought to be natural features but researchers connected the dots and found there was a pattern.

Archaeologists led by the University of Bradford have discovered what could be one of the largest prehistoric sites in the United Kingdom near Stonehenge.

The results of the study have been published in Internet Archaeology.

According to a report in ScienceDaily, a two km-wide ring of prehistoric 'shafts' up to 10m across and 5m deep has been discovered around the 'super henge' at Durrington Walls and the famous site at Woodhenge. Researchers say that the structures have been carbon-dated to about 2,500 BC. 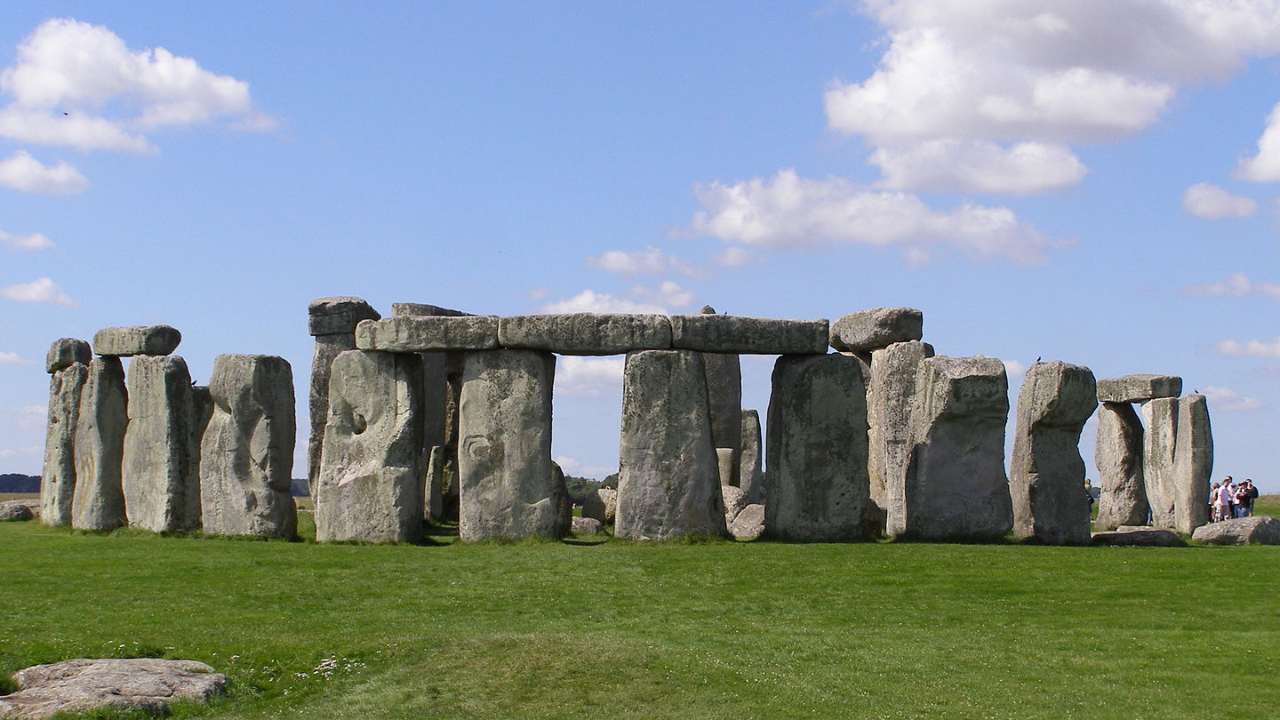 Stonehenge was built between 3,000 BC and 1,600 BC and is one of UK's most popular tourist attractions. Image credit: Wikipedia

According to archaeologists, the circle of shafts could have been a boundary around the henge at Durrington, which could have guided people towards the religious sites and warned others not to cross the boundary as well.

Vince Gaffney, Chair of the School of Archaeological and Forensic Sciences in the Faculty of Life Sciences, said in a statement that the area around Stonehenge is one of the most studied archaeological landscapes on earth, adding, "It is remarkable that the application of new technology can still lead to the discovery of such a massive prehistoric structure which, currently, is significantly larger than any comparative prehistoric monument that we know of in Britain, at least."

Professor Gaffney, in the statement, revealed that when the pits were first noted, it was thought they might be natural features. However, using geophysical surveys under the Stonehenge Hidden Landscape Project, researchers could connect the dots and find that there is a pattern on a massive scale.

According to a report in USA Today, the site is located a little more than a kilometre northeast of Stonehenge, which was built between 3,000 BC and 1,600 BC and is one of UK's most popular tourist attractions.

The report cites Nick Snashall, National Trust archaeologist for the Stonehenge and Avebury World Heritage Site as saying that the discovery allowed researchers to "write a whole new chapter in the story of the Stonehenge landscape."

Snashall added that the Durrington Walls is the key to unlocking the story of the Stonehenge landscape.

The Guardian reports that while Stonehenge was positioned in relation to the solstices, according to Gaffney, the newly discovered circular shape suggests a "huge cosmological statement and the need to inscribe it into the earth itself."

According to him, Stonehenge has a clear link to the seasons and the passage of time, but the Durrington Shafts have a "cosmological significance."