Chile is an archaeological gold mine and recently a 15,600 year old footprint was found by archaeologists.

Archaeologists in Chile say they have found a human footprint that is around 15,600 years old, making it the earliest such sign of man's presence in the Americas.

The footprint was found at the Pilauco excavation in the city of Osorno (820 kilometres, or 500 miles, south of Santiago), where scientists have been digging since 2007.

Archaeologists from the Austral University of Chile said the footprint was first spotted in 2011 next to a house. It took years for palaeontologist Karen Moreno and geologist Mario Pino to reliably confirm that the print was human. 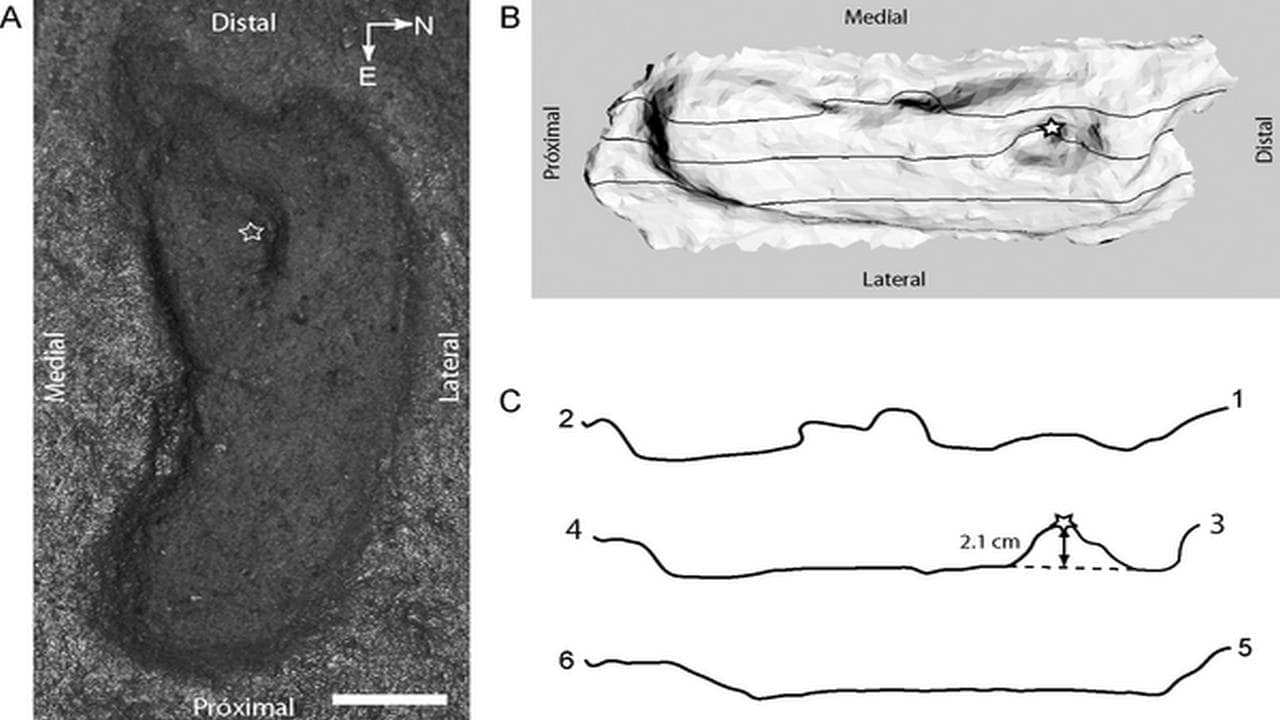 The footprint found in Chile. Image Credit: PLOS One

"There are other human footprints in the Americas," Pino told the Osorno newspaper El Austral, "but none has been dated as far back."

He said scientists were able to do so by applying radiocarbon dating techniques to organic plant material where the print was found.

Pino said the footprint appears to be that of a barefoot man weighing about 70 kilograms (155 pounds) and of the species Hominipes Modernus, a relative of Homo Sapiens.

The area in Chile has proven rich in fossils, including evidence of an ancestor of today's elephants and American horses, as well as of more recent human presence.

An earlier footprint found at a site south of Osorno was found to be about 1,000 years more recent.

The newer findings were published in the latest edition of the peer-reviewed scientific journal PLOS One.