Apollo 11 Moon landing: Brief look at the three 'amiable strangers' who made history

The three had never served together on the same spaceflight before, hardly had any time for bonding.

Mission commander Neil Armstrong was the flying ace, Buzz Aldrin the scholar. Michael Collins was a crack test pilot, too, but also a wordsmith who described the trio as “amiable strangers.” 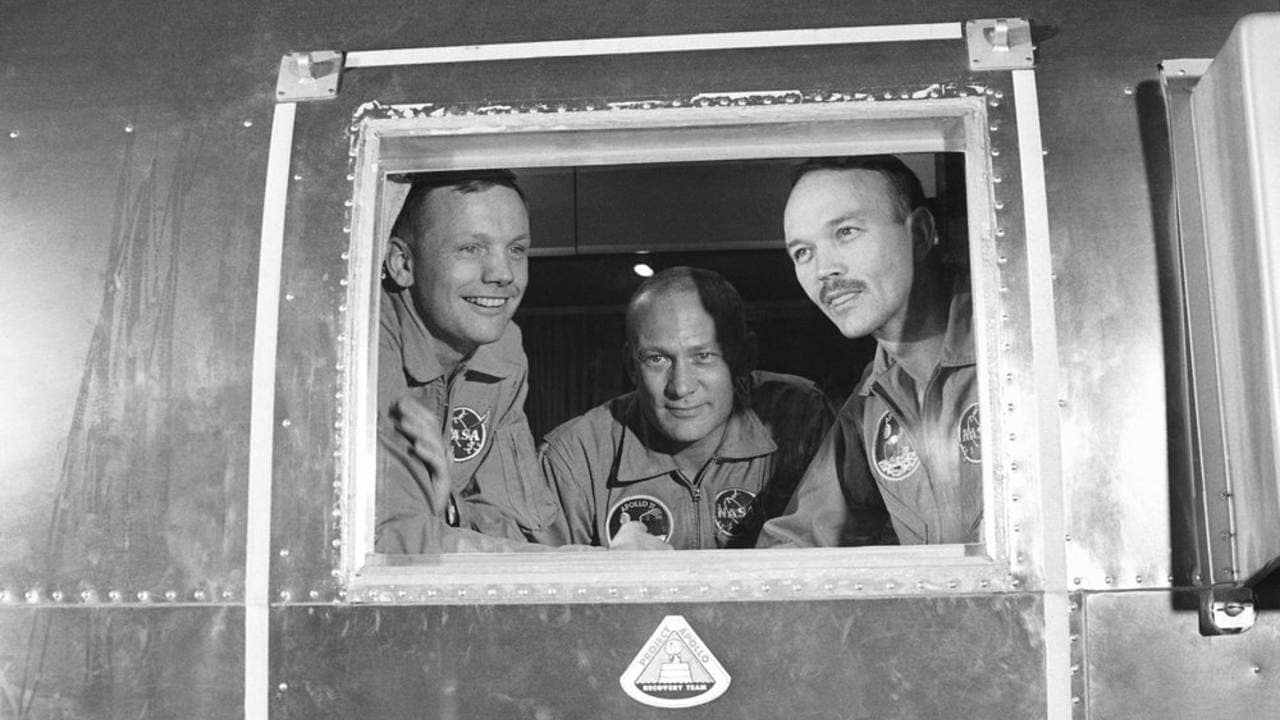 Apollo 11′s astronauts had six months to gel as a crew and prepare for humanity’s greatest space feat. The three had never served together on the same spaceflight before, and the “almost frantic” preparation left little if any time for bonding, Collins said.

“Apollo 11 was a little different than some of the other flights,” Collins explained. “We didn’t cruise around in color-coordinated Corvettes or anything like that. We were all business. We were all hard work, and we felt the weight of the world upon us.”

A brief look at each man.

Neil Armstrong was the first man to walk on the moon but the least inclined to talk about it.

Last year’s film, “First Man,” captured his private nature; his two sons served as movie consultants. Such reticence merely reinforced the mystery surrounding the late astronaut, who by skill, hard work and chance became the first human to set foot on another world.

He’d proven his mettle again and again. He had to gain control of his tumbling Gemini 8 spacecraft in 1966 and bring it down early, and he ejected from a lunar lander training device in 1968 just before it crashed in flames in Houston. 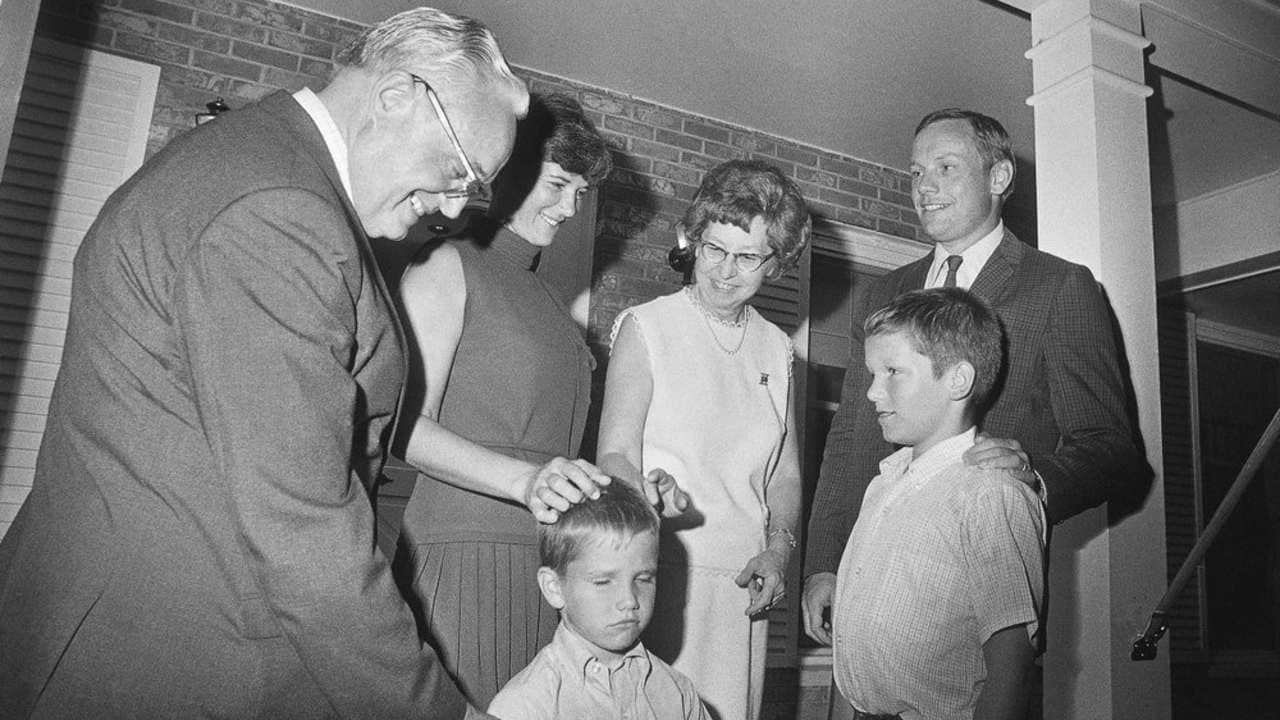 Apollo 11 astronaut Neil Armstrong (right) stands with his family after arriving at his parents' home in Wapakoneta, Ohio, US. Image: AP.

Armstrong left NASA two years after Apollo 11 and taught engineering at the University of Cincinnati until 1979. He spent his remaining years in his home state of Ohio. He finally agreed to a biography: 2005′s “First Man” by historian James Hansen, the basis for last year’s film.

Buzz Aldrin was the second man to walk on the moon, but the first astronaut to have a doctorate and dance with the stars.

Aldrin, now 89, had a long list of accomplishments by the time NASA chose him for the third astronaut group in 1963: third in his class at West Point, fighter pilot in Korea, Air Force officer, a doctorate in astronautics. He was dubbed Dr. Rendezvous for his expertise in orbital dockings.

He later legally changed his name from Edwin E. Aldrin Jr. to his childhood nickname Buzz. His name was the inspiration for the character Buzz Lightyear in the animated “Toy Story” films. His mother’s name: Marion Moon.

After Apollo 11, Aldrin spent years struggling with mental depression and alcoholism. He left NASA in 1971 and briefly headed the test pilot school at Edwards Air Force Base in California.

Drawn toward the spotlight, Aldrin portrayed himself in a 1994 episode of the TV program “The Simpsons” and took a spin in 2010 on TV’s “Dancing with the Stars.” He’s traveled the globe, including the South Pole, pushing for Mars travel. Last year, two of his three children sought to declare him mentally incompetent, then he sued them. Both sides dropped the case in March.

Michael Collins was “The Forgotten Man” during the Apollo 11 lunar landing: While the two others were walking on the moon, he circled overhead in the command module.

For previous Apollo 11 anniversaries, Collins was content to be forgotten. But with the “huge gap” left by Armstrong’s death, Collins, 88, feels compelled to speak up even though “my first inclination for celebrating the 50th anniversary ... is to go hide under a rock somewhere.” His two daughters have helped him navigate the avalanche of requests.

The Air Force officer and former test pilot flew on Gemini 10 in 1966, three years after being accepted into the third astronaut group. He was supposed to be command module pilot of Apollo 8, the first manned flight to circle the moon, but was bumped because of a bone spur in his neck. Surgery corrected the problem, and he wound up on Apollo 11. Collins was astounded when reporters later asked him about being lonely as he circled the moon by himself, especially on the lunar far side, out of radio contact. “I felt like I was Neil and Buzz’s meal ticket home,” he said. “I was in no way, shape or form lonely.”

Collins left NASA six months after Apollo 11. He briefly served as assistant secretary of state for public affairs and was founding director of the Smithsonian Institution’s National Air and Space Museum.

In an updated preface to his 1974 autobiography “Carrying the Fire,” Collins said he enjoys fishing, painting, and reading near Florida’s Everglades, and feels “lucky, lucky, lucky.” Only 12 Americans have ever set foot on the moon, here’s what they thought of it