Anti-smoking Ads have more effect on the brain than we think, a new study finds

Researchers at the National Institute of Mental Health and Neuro Sciences (NIMHANS) here have evaluated the effects of anti-smoking ads on smokers. The results indicate that smokers respond to graphical content of these ads by showing a readiness to quit the habit.

Unlike most studies that use only behavioural approach to measure the effect of anti-smoking ads on an individual’s motivation to quit, the research study gathered data of the electrical activity of the brain when exposed to anti-tobacco ads. Also, the study included non-smokers as well for comparison. A group of 20 persons from the local community were invited with prior consent to participate in the study. They were categorised into smokers and non-smokers based on their responses to a test known as the Fagerstrom Test for Nicotine Dependence (FTND). The test is designed to seek information such as number of cigarettes smoked, frequency, smoking time preferences, tendency to smoke in prohibited areas and during illness, relating them with scores.

The non-smokers scored zero on FTND, while the score of smokers ranged between 3 and 7, indicating a mild to moderate dependency on nicotine.

After this, non-smokers underwent an assessment of the brain’s electrical activity while the smokers were subjected to pre and post behavioural valuation called ‘Assessment of Motivation’. For this, a psychological tool called ‘Readiness to Quit Ladder Scale’ was employed.

“This ladder-type questionnaire consists of statements based on some thoughts smokers have about quitting the habit, with corresponding scores increasing from 1 to 10. The particular response indicates the subject’s current readiness to give up tobacco use. On this scale, a score of 1 shows unwillingness to quit, whereas a 10 implies readiness to quit smoking,” explained Dr Rajnish Kumar Gupta, Post-Doctoral Fellow and team member, while speaking to India Science Wire. 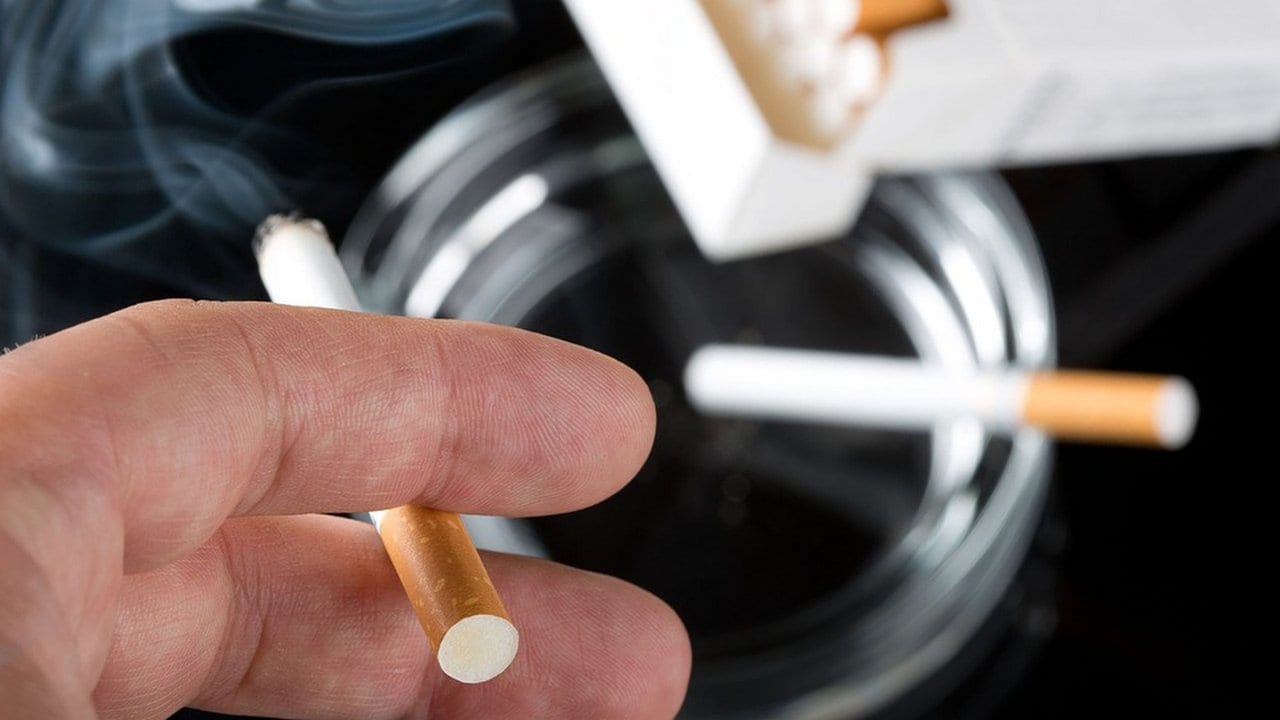 Then, the smokers underwent Electroencephalograph (EEG) which records the electrical activity of the brain and is seen in four frequency bands: Delta, Theta, Alpha and Beta, each corresponding to the mental state of the individual. The EEG recordings were done for 9 minutes under 3 conditions: resting state, while watching a neutral video, and while watching the anti-tobacco video clip showing strong visual content and ill-effects of smoking. A one-minute distraction activity was carried out in between the three conditions to avoid overlap of responses.

For each condition, an independent sample test was conducted between the groups.  For the resting and neutral video conditions, no significant difference was observed among the groups. In the smokers’ group, the EEG spectral data showed an increased Theta activity and a decreased Alpha, in the frontoparietal regions — which are brain centres involved in processing visual and sensory information, impulse control, judgement and initiation.

“High Theta is indicative of the condition that leads to complex inward thinking — in this case, about the smoking behaviour — and thereby causing a mental stress state as reflected in the low Alpha power,” explained Dr Jamuna Rajeshwaran, Professor and Head of Dept of Clinical Neuropsychology and Cognitive Neuroscience. The EEG data of the non-smokers group showed no significant difference between various conditions indicating a lack of personal association to the situation.

Although the study had a small sample size, the researchers feel that it provides evidence that supports the need for continuing anti-smoking campaigns to tackle the growing tobacco consumption.