Amidst the pressing issue of global climate change, a study conducted by a group of scientists at IIT Kharagpur has come up with new data that they claim confirm "healing' of Antarctic Ozone hole, a statement said on Friday.

"A research team from the Centre of Oceans, Rivers, Atmosphere and Land Science (CORAL) at IIT Kharagpur has come up with new data confirming that the Antarctic Ozone Hole is on a healing path," said an IIT Khragpur statement.

According to the premier institute, the research is the first of its kind, providing detailed long-term (over four decades) analysis of Antarctic ozone loss saturation in terms of its occurrence and timing, using high-resolution ozonesondes - a balloon-borne instrument that measures concentration of ozone - and satellite measurements inside the vortex (a whirling mass of fluid or air) for the said period. 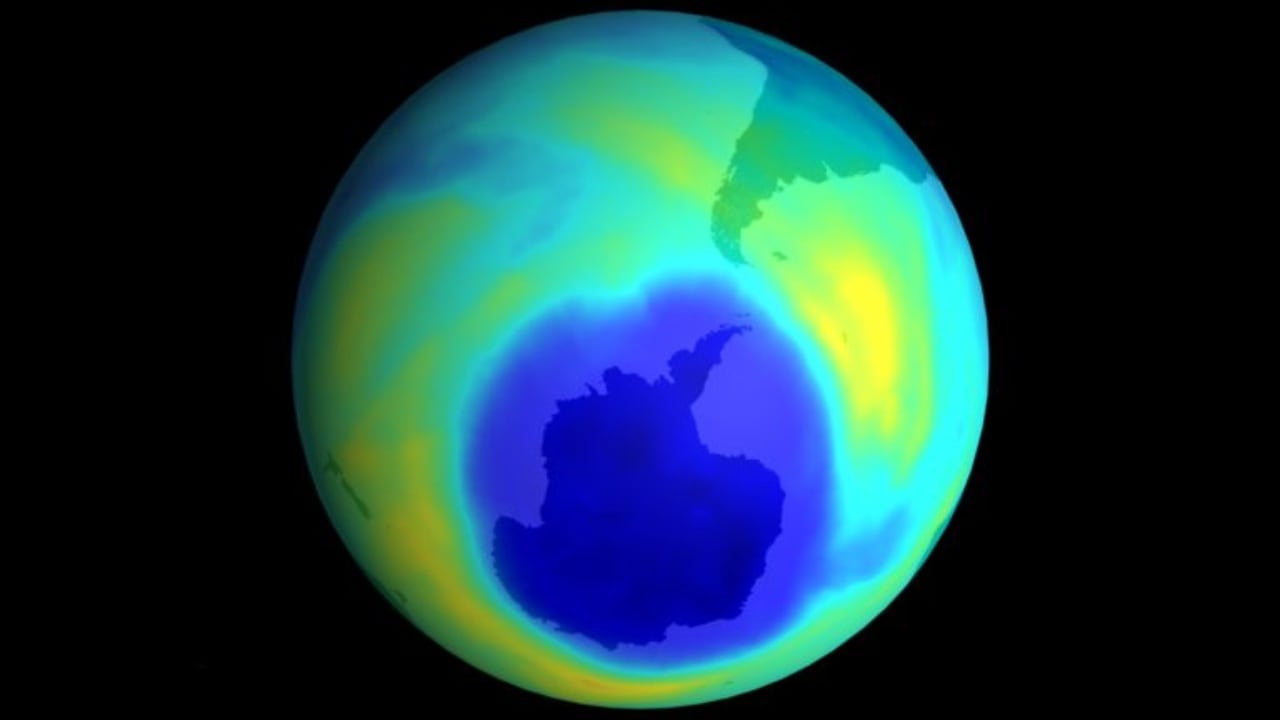 This image of the southern hemisphere generated from data NASA gathered on the ozone hole at the turn of the century shows the size of the ozone hole over Antarctic in 2001. Image credit: NASA

"We have observed over the past four decades the Ozone layer depletion peaked during winters each year except the warm winters of 1988 and 2002. However, our analysis shows a clear reduction in the frequency of occurrence of ozone loss saturation over the period 2001-2017 consistently throughout various datasets," Prof Jayanarayanan Kuttippurath said.

Data were collected for various altitudes from autumn to spring, over the decades, from stations across Antarctica, including measurements from the Indian station Maitri, the statement said.

Also, the reduction of ozone loss saturation in recent years ranged from 20 percent to 60 percent, across the data spread.

Explaining if it will affect the existing protocols and regulations for industrial emissions of ozone-depleting substances, Kuttippurath said: "The recovery indicated in the loss saturation layer, robustly suggests that the Montreal Protocol has definitely saved the ozone layer and climate of the Southern Hemisphere".

The Montreal Protocol is an international treaty to protect the ozone layer.

He further said that since there are already significant changes in the southern hemispheric climate owing to the Antarctic ozone loss, the recovery from loss saturation is very likely to affect that.

"The ozone recovery process is very slow and it will take a few decades to get back to the pre-ozone hole levels. However, the emergence of ozone recovery is very clear even at altitudes where the near-complete ozone loss occurs," said P C Pandey.