The males may be larger and easier to spot, even when the females were more colourful, the males were preferred.

Museum collections of birds and mammals may be disproportionately skewed to favour males, even if female members of the species outnumber males in the wild, according to research published Wednesday.

Natalie Cooper, a researcher in the department of life sciences at the Natural History Museum in London, and her colleagues analysed the sex of almost 2.5 million specimens from five international collections, some dating back over a century.

Although as many as half of the bird specimens were not labelled by sex, of the ones that were, only 40 percent were female. Female mammals represented 48 percent of the collections identified by sex. "We suspected that some bias towards males would be found because science is done by people, and people have inherent biases towards males," Cooper told AFP.

What surprised the researcher, though, was that there was no change in the ratios from collections dating back 130 years to more recent collections.

"In museums, collectors in the 19th century were mostly male, and though this is changing, it's still a male-dominated field," she added.

Collection methods may be part of the problem. In some species, the males may be larger or showier, making them easier to spot and collect.

"Hunters are more likely to see and target these individuals," Cooper said. "So it's important to ensure smaller female individuals are not being overlooked."

When scientists disproportionately collect male deer, for example, which are larger than their female counterparts, the specimens studied represent a larger average size than in the wild.

"By ignoring females we don't get a full picture of life," said Cooper.

Even when female specimens were larger or showier than males, the study found the median percentage of females was still only 44.6 percent.

The same trend applied for male mammals with "ornaments," such as horns, antlers or tusks.

But even in species where females also have ornaments, collectors preferred males.

The trend carried over to bird collections, too. Male birds that are significantly more colourful or ornamental than females — birds of paradise, for example — were preferred by collectors, the author said. 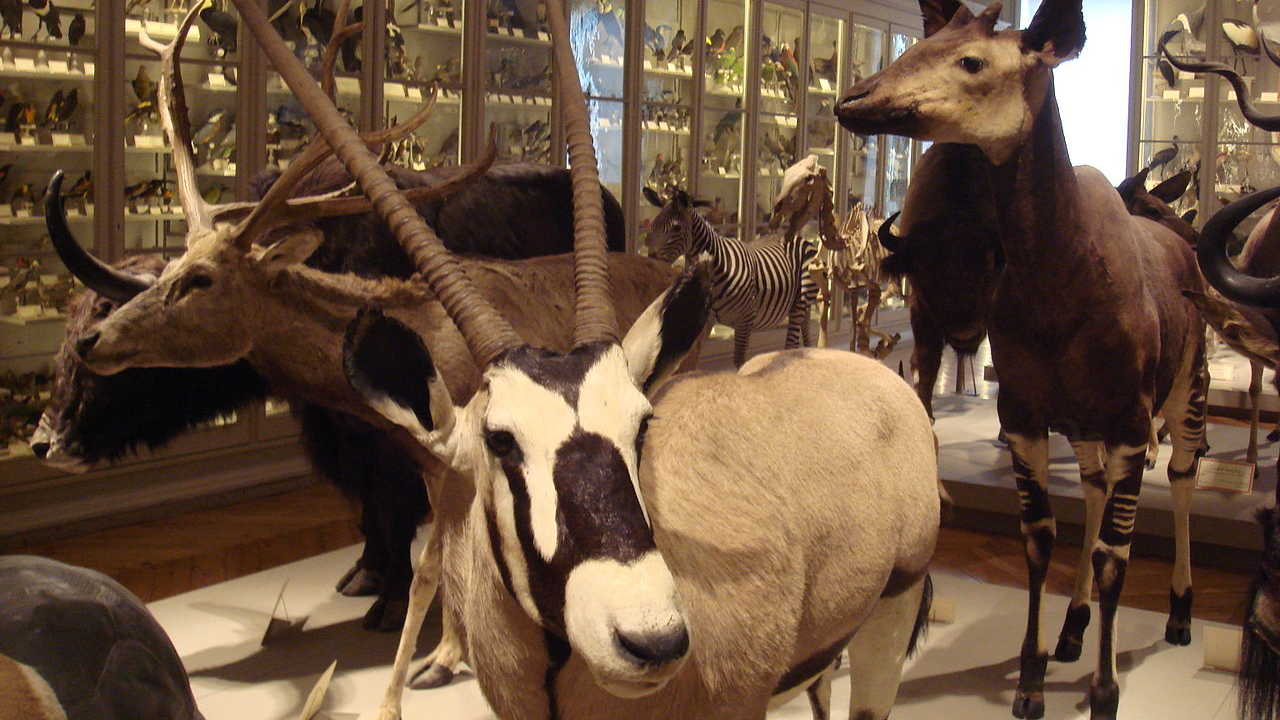 A display of animals at the Museum Histoire Naturelle. Image credit: Wikipedia

The males in these species were also more likely to be selected for exhibits.

Recognising the habits of female specimens may be useful in trapping and collecting a more balanced sex ratio, the author noted.

It would be useful to identify the sex of the unknown specimens in collections. It is possible females are simply harder to identify than males — they may appear similar to juveniles, for example.

"If this is the case, many of our unsexed specimens may be female," said the study, published in the journal Proceedings of the Royal Society B.

Cooper said having more female collectors may also be beneficial.

"I have hope that by acknowledging the problem and by hiring more women in the traditionally 'macho' field of collections we can make a positive change in the future," she said.