The NASA researchers came to this conclusion using a model used to study climate change on Earth.

The second planet in our solar system, Venus, is not a very pleasant place to live. Its surface is covered in craters, volcanoes and big lava plains. The atmosphere is very thick and dense — dense enough to crush a human being or most living beings for that matter. It is also said to smell terrible on Venus — like rotten eggs, thanks to the dense sulfuric acid clouds blanketing the planet.

But Venus, a planet named after the Roman Goddess of love and beauty, may not always have been so tedious and unfavorable to live on. Researchers have proposed that a long, long time ago, it supported had life on it and was hospitable. It even had a shallow ocean and temperatures that were suitable to live with, unlike its current 462 degrees Celsius that could melt lead.

However, that was around 2 billion years ago. 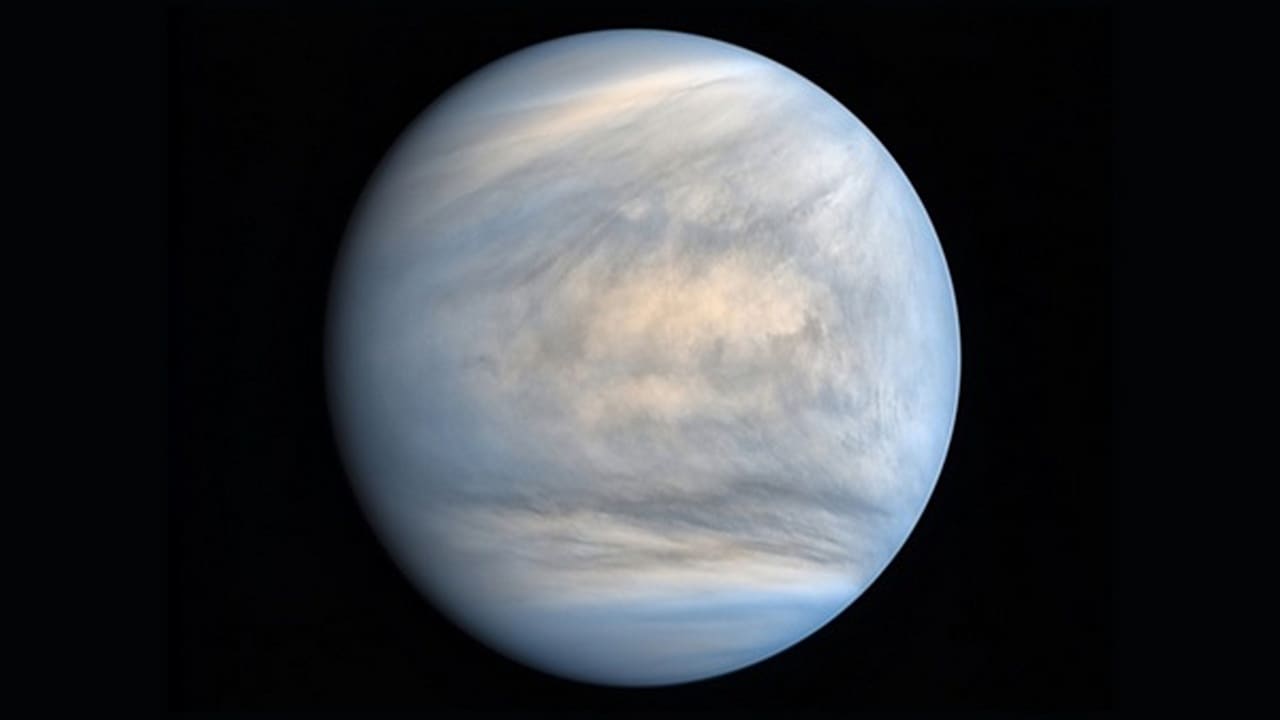 Photographed in ultraviolet light and rendered in false color, this view reveals the complexities of the clouds that coat Venus. The ochre hues correspond to sulfur dioxide. image credit: JAXA

Researchers at NASA's Goddard Institute for Space Studies found that they could use the same model they used to study climate change, to study the climate on Venus.

"Many of the same tools we use to model climate change on Earth can be adapted to study climates on other planets, both past, and present. These results show ancient Venus may have been a very different place than it is today," Michael Way, the lead author of the paper said in a press release.

There have been a handful of missions that have been sent to Venus. The Soviets sent the Venera missions, NASA sent its Pioneer spacecrafts and Japan’s space agency JAXA sent a space probe of its own. Using data from the Pioneer mission, researchers found that Venus was formed with similar compounds to Earth, but took a totally different path somewhere in its evolution.

Way and his team of researchers created five simulations assuming different levels of water coverage and found that Venus was able to maintain stable temperatures between a maximum of about 50 degrees Celsius and a minimum of about 20 degrees Celsius for around three billion years. This could've been the temperature of Venus even now but a series of unfortunate events changed its course of evolution around 700-750 million years ago. An artist illustration of how Venus would've looked like 2 billion years ago. image credit: NASA

Venus once had an ocean, but its close proximity to the sun likely vaporised it. The planet gets 40 percent more heat from the Sun than Earth does. Water-vapour molecules broken apart by ultraviolet radiation cause the hydrogen to escape to space, according to a NASA press release. With no water left on the surface, carbon dioxide built up in the atmosphere, leading to a so-called runaway greenhouse effect that created present conditions.

One day on Venus is equal to 117 Earth days and while it was thought that planets with dense atmospheres, like Venus, meant it would have a slow rotation around itself. However, new research has found that this is untrue — Venus could've had a thin atmosphere (like Earth does) and it would have still had those long days.

"In the GISS model’s simulation, Venus’ slow spin exposes its dayside to the sun for almost two months at a time," Anthony Del Genio, co-author and fellow GISS scientist, said. "This warms the surface and produces rain that creates a thick layer of clouds, which acts as an umbrella to shield the surface from much of the solar heating. The result is mean climate temperatures that are actually a few degrees cooler than Earth's today."

The model used data from the Magellan and the Pioneer mission. The findings from the study have been published in the journal Geophysical Research Letters.