While gravity in a black hole is better understood, the role of its magnetic field on the solar system remains a mystery.

Scientists believe that at the heart of every galaxy exists a supermassive black hole — that includes our seemingly non-chaotic Milky Way galaxy. That said, while the black holes in other galaxies are highly-active — with a large amount of matter falling into it in the process of "feeding", the one in the Milky Way is fairly quiet. In a new study, researchers may have found new clues as to why.

At NASA's Stratospheric Observatory for Infrared Astronomy (SOFIA), an instrument called the High-resolution Airborne Wideband Camera-Plus (HAWC+) is making measurements of a strong magnetic field around the centre of the Milky Way galaxy. These invisible forces are strong enough to influence the movement of charged particles in space and may even have its hand in the way the matter in the universe has evolved over millions of years. Scientists suspect that magnetism, too, affects how stars form and SOFIA is built to find evidence to prove as much. As powerful as they are, magnetic fields aren't easy to see, and haven't been "imaged" like visible infrared signals in space have been. So it's bordering on a breakthrough when the HAWC+ instrument went on to pick up polarised far-infrared light that is emitted by space dust — this light is invisible to the naked eye. The grains align perpendicularly to magnetic fields, and can, therefore, be considered as an indirect scan of magnetic fields themselves.

Using this new stream of data, astronomers plan to map the shape and estimate the strength of the invisible magnetic field around the centre, which could help visualise black holes better.

"This is one of the first instances where we can really see how magnetic fields and interstellar matter interact with each other," Joan Schmelz, a co-author on a paper and astrophysicist at NASA Ames Research Center in California, noted in a statement. "HAWC+ is a game-changer." 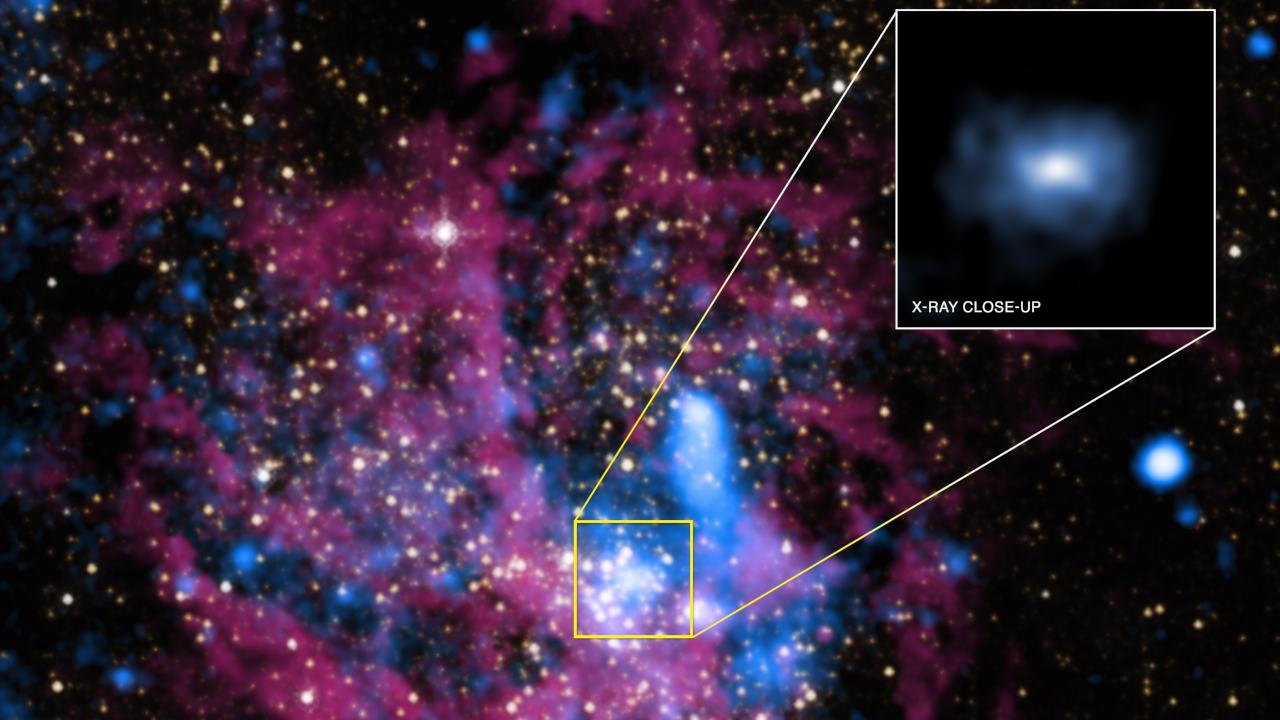 A close-up of the Sagittarius A* black hole in the Milky Way seen in X-rays only by NASA's Chandra Observatory. The falsely blue colored—rays being emitted are from hot gas captured by the black hole that are being pulled inwards. Image: NASA

From past observations made using SOFIA, scientists observed a tilted ring of dust and gas orbiting the black hole at the centre of the Milky Way, called Sagittarius A*. The new data form HAWC+, however, shows a unique first look at the magnetic field in this area. According to the statement, this ring houses space relics region from the past 1,00,000 years.

While the gravity of a black hole is relatively well understood, the role of its magnetic field on the solar system remains a mystery. HAWC+ data also suggests that the magnetic field is powerful enough to limit the turbulent movement of gases.

What looks like a spiral-shaped channel of magnetic field around the black hole could be a major finding that helps answer many questions scientists have about them. For instance, why the central part of the black hole in the Milky Way is relatively faint while others are much brighter.

"This could explain why our black hole is quiet while others are active," Darren Dowell, lead author of the study and scientist at NASA's Jet Propulsion Laboratory, said in the statement.