All fun and games: NASA releases video game that can help save the world's coral reefs

While the player are playing the games, they will be teaching Ames's Pleiades supercomputer that will map out the world's corals.

Coral mapping, but make it fun.

And who better to do it than the millions of people currently stuck at home, social distancing due to coronavirus.

Climate change is causing spikes in temperatures, which in turn means that the coral reefs are facing long periods of warming that are essentially killing them. Coral bleaching, algae blooms and murky waters that reduce the amount of light that reaches them and weakening of their structural integrity are some of the few reasons the reefs are on a decline. A coral reef in American Samoa, one of the locations where researchers from the Laboratory for Advanced Sensing went on deployment to collect data using fluid-lensing instruments.
Credits: NASA/Ames Research Center/Ved Chirayath

NASA, with its ingenuity and access to various instruments, has stepped in and has created a game that could possibly help the corals.

NeMO-Net or the Neural Multi-Modal Observation and Training Network is a video game, developed by NASA’s Ames Research Center in California's Silicon Valley.

The game is a fun spin that allows NASA to build a map of all the coral reefs in the ocean while allowing citizen scientists to have fun and get involved. 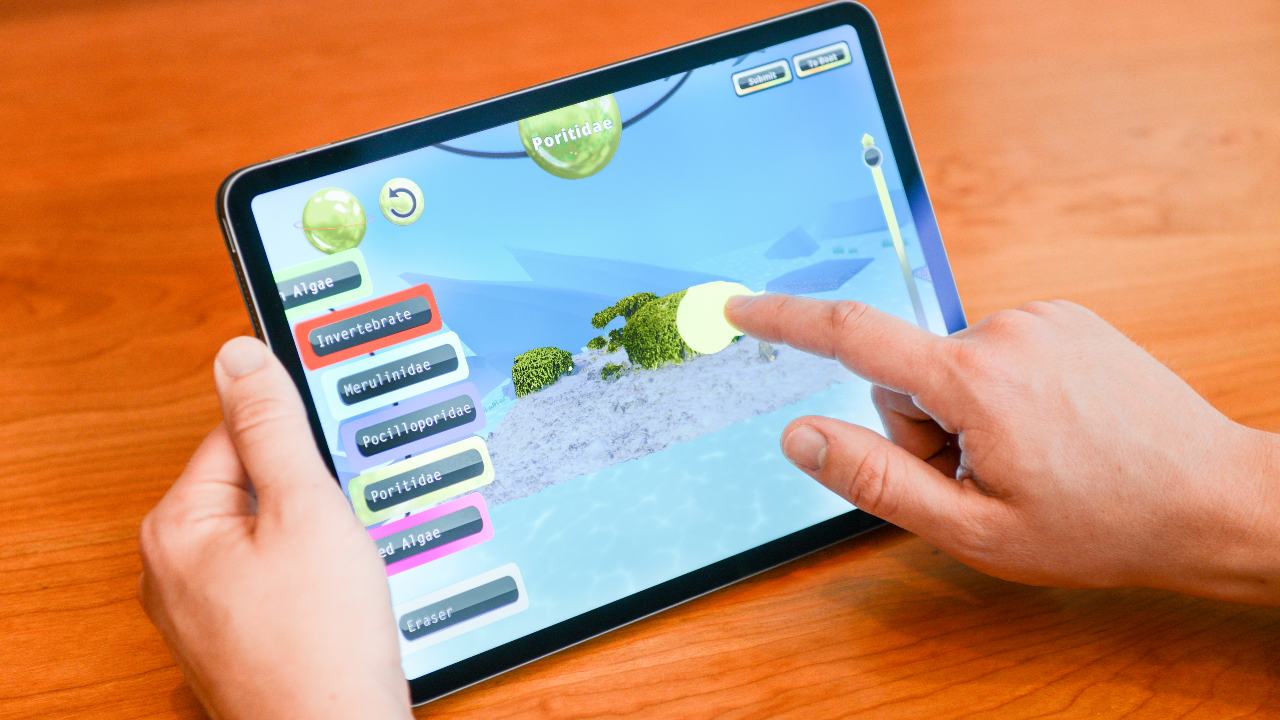 A player classifying real NASA imagery of coral in the NeMO-Net game on a tablet from the comfort of home.
Credits: NASA/Ames Research Center/Ved Chirayath

In the game, players will learn about the coral reefs using NASA data while identifying them when they come across these corals during their 'dives' The games use 3D images from NASA's fluid lensing cameras that have collected images from Puerto Rico, Guam, American Samoa, and other parts of the world. The players travel the ocean in their own research vessel, the Nautilus.

A Nautilus is a marine mollusc that has survived unchanged for the past hundreds of millions of years and is considered living fossils.

It is also a fictional submarine captained by Nemo featured in Jules Verne's novels Twenty Thousand Leagues Under the Sea (1870) and The Mysterious Island (1874).

According to a press release, the player can "track their progress, earn badges, read through the game's field guide, and access educational videos about life on the seafloor." It's not all fun and games though for the people at Ames. With more people playing these games and teaching the Pleiades supercomputer the patterns, the more it will learn to classify the corals on its own.

According to the NASA statement, "Once it has been able to accurately classify corals from low-resolution data included in the game, the supercomputer will be able to map out the world's corals at an unprecedented resolution. With that map, scientists will better understand what is happening to corals and find ways to preserve them."

NeMO-Net is available on the Apple App Store for iOS devices and Mac computers. They will be releasing the game for Android systems as well.