NOAA, the agency looking after the marine life, is looking at possible ecosystem influences, including diminished sea ice.

Seals that rely on sea ice off Alaska's northwest coast have been dying at uncommon rates, and federal marine mammal biologists declared an "unusual mortality event."

The cause of death for nearly 300 ringed, bearded and spotted seals since 1 June 2018, is not known, according to the fisheries arm of the National Oceanic and Atmospheric Administration, the management agency for the marine mammals.

"We're looking at a broad spectrum of possible causes and trying to rule out what we can and narrow it down," NOAA Fisheries spokeswoman Julie Speegle said on Thursday. A Spotted seal on the ice in Alaska. image credit: NOAA

Viruses, bacteria and algal blooms are possible causes. Water temperature in the northern Bering Sea and the Chukchi Sea the last two summers have been higher than normal.

NOAA Fisheries received reports of 282 dead seals, almost five times more than the average number of reported strandings, according to the agency.

The count included 85 bearded seals, 66 ringed seals, 40 spotted seals and 91 seals that were not identified. The deaths occurred over all age groups. The deaths both years occurred mostly from June to September. Some stranded seals were missing fur or were skinnier than normal, but the time between death and discovery of a carcass hinder investigators.

"Many of the seals have been pretty badly decomposed so it's been hard to identify exactly what the fat layer is," Speegle said.

Federal law defines an unusual mortality event as strandings that involve a significant die-off and demand an immediate response. The declaration allows the agency to focus resources on an investigation. 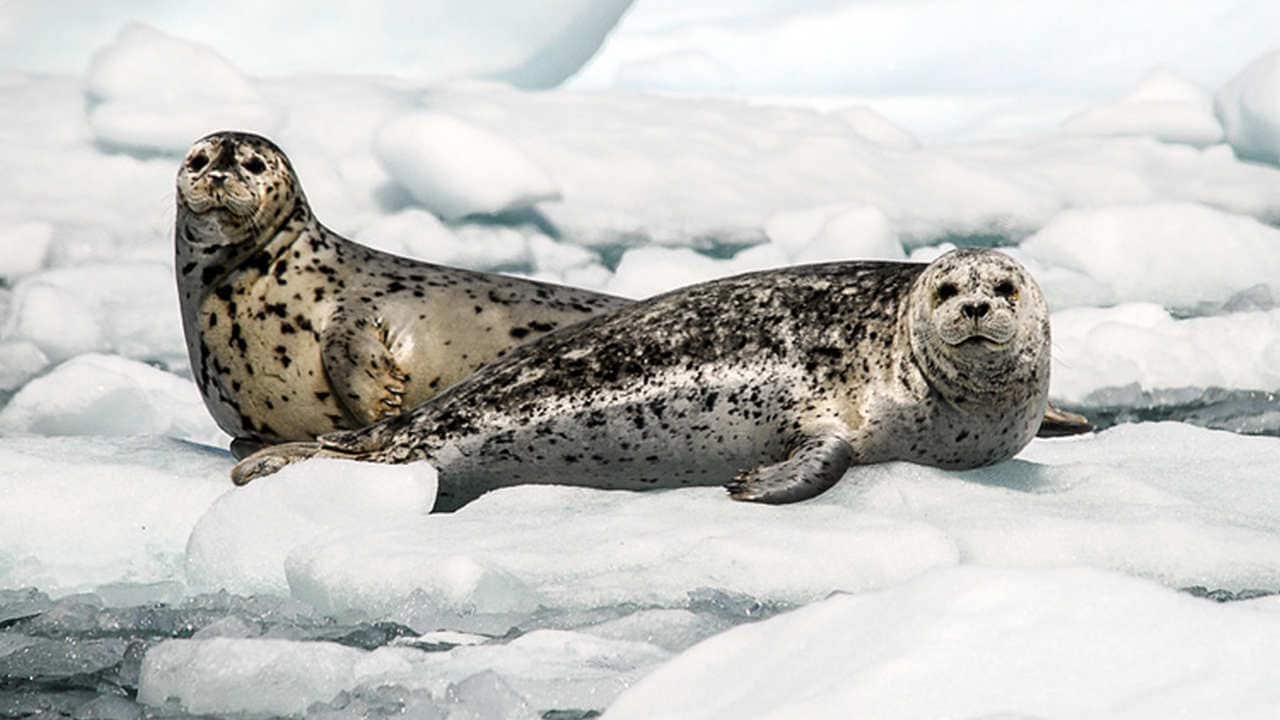 Ringed seals are the smallest of Alaska's ice seals and are the main prey of polar bears. They get their name from small, light-colored circles on their coats. Ringed seals are the only seals that thrive in completely ice-covered Arctic waters. They use strong claws to maintain breathing holes in thick ice and give birth in lairs dug in snow that accumulates on top of ice. Young pups cannot survive in cold water until they have grown a blubber layer.

Spotted seals are medium-size seals with light coats and dark spots. They often are found at the outer margins of shifting ice floes.

NOAA Fisheries also declared an unusual mortality event following abnormal molting and deaths of ice seals and walruses from 2011 to 2016. A definitive cause was not identified. But biologists don't believe that event, marked by animals with hair loss and skin lesions, is connected to the current event.

The agency estimated that 657 seals were affected over those six years. Ringed seals and some populations of bearded seals are listed as threatened species because of the loss of sea ice due to climate warming.

The Center for Biological Diversity in June sued the Department of Commerce and the National Marine Fisheries Service for not designating critical habitat for threatened ringed and bearded seals.