A new satellite that will use advanced laser technology to track global winds and improve weather forecasts has been successfully put into orbit, launch company Arianespace said.

The launch of the Aeolus satellite — named after the guardian of wind in Greek mythology — took place at 2:50 AM on 23 August, after a 24-hour delay due to adverse weather conditions.

Arianespace's light-lift vehicle "Vega lofted its passenger during a flight lasting just under 55 minutes, with Aeolus placed into a Sun-synchronous orbit," the company said after the launch.

Sun-synchronous orbits allow satellites always to have view of the Sun, for example so their solar panels can always draw power.

The satellite "will probe the lowermost 30 kilometres of the atmosphere in measuring winds around the Earth," Arianespace said.

Aeolus is part of the Copernicus project, a joint initiative of the European Union and the European Space Agency (ESA) to track environmental damage and aid disaster relief operations.

The satellite is equipped with a single instrument: a Doppler wind lidar — an advanced laser system designed to accurately measure global wind patterns from space. 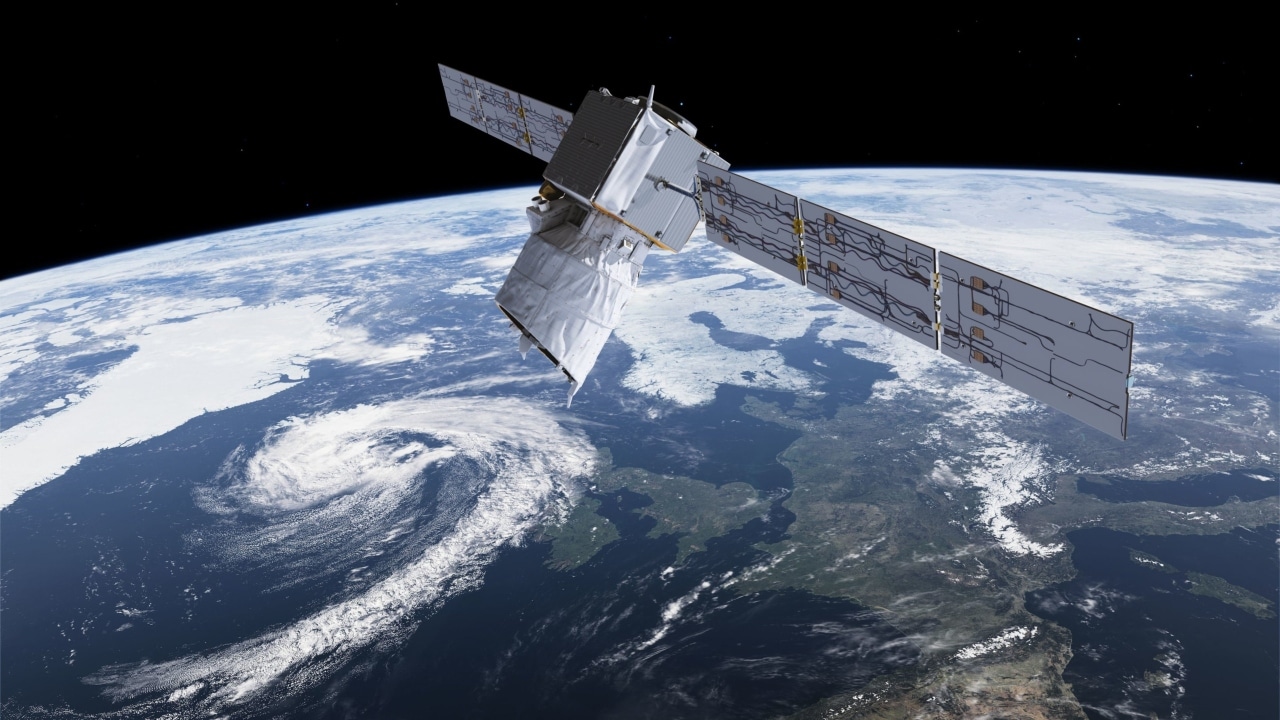 An artist's rendition of the Aeolus mission. Image courtesy: ESA

"The LIDAR's near-real-time observations will provide reliable wind profiles, further improving the accuracy of numerical weather and climate prediction, as well as advance the understanding of tropical dynamics and processes relevant to climate variability," Arianespace said after the launch.

It described the satellite as the world's first space mission to gather information on Earth's wind on a global scale.

Tropical winds in particular are very poorly mapped because of the almost complete absence of direct observations.

The Doppler lidar transmits short, powerful pulses of laser light toward Earth in the ultraviolet spectrum. Particles in the air — moisture, dust, gases — reflect, or scatter, a small fraction of that light energy back to the transceiver, where it is collected and recorded.

The delay between the outgoing pulse and the so-called 'backscattered' signal reveals the wind's direction, speed and distance travelled.

Once per orbit, data is downloaded to a ground station in Svalbard, Norway.

Aeolus is the fifth of the ESA's planned Earth Explorer missions.

Others already completed or in operation have measured Earth's gravity and geomagnetic fields, soil moisture, ocean salinity and frozen expanses collectively known as the cryosphere.

The new mission is also Arianespace's 50th launch for the European Space Agency.