Agricultural and labor productivity along with GDPs will fall by significant amounts if global warming continues unabated.

The United Nations has invited world leaders to New York on 23 September with 'concrete and realistic plans to enhance their Nationally Determined Contributions' by 2020. In 2020, a Climate Adaptation Summit is being held in the Netherlands, followed by the International Climate Summit, called the Conference of Parties (COP) in December 2020, at a location yet to be determined. This will be COP26. Humanity is attempting to ramp up its efforts to save itself from itself in a classic tale of humans and their costly environmental footprint.

Kicking off a Year of Action on climate change, a Global Commission on Adaptation has been formed with Ban Ki-Moon, the 8th Secretary-General of the United Nations; Bill Gates, Co-chair of the Bill & Melinda Gates Foundation; and Kristalina Georgieva, CEO of the World Bank, leading the charge. This Commission is backed by leading political, business, and scientific advisors, and the twenty countries convening it, of which India is one. 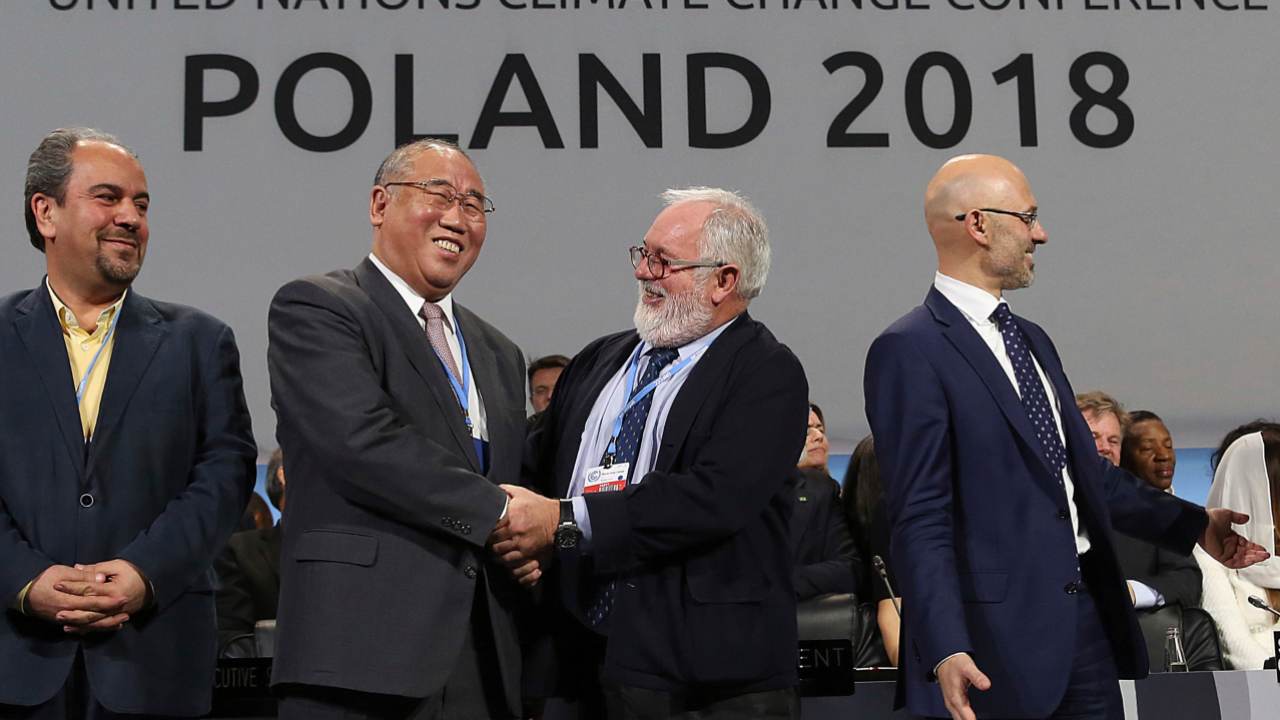 Climate action has two major rubrics – mitigation, which focuses on reducing our impact on climate in the first place in an attempt to avoid the unmanageable, and adaptation which focuses on changing our ways to deal with managing the unavoidable. It is already well known that agricultural and labor productivities along with GDPs will fall by significant amounts if global warming continues unabated.

Estimated crop yield drops due to global warming are as high as 30 percent by 2050 with smallholder farms being the most affected. The number of people without access to sufficient water will grow past 5 billion at the same time. Extreme events, sea-level rise, health, and a litany of other deleterious global warming effects may push tens of millions more people below the poverty line in developing countries by as early as 2030. Damages to coastal cities will rise to more than $1 trillion by 2050.

The silver lining among these doomsday clouds is that an investment of about $2 trillion in climate adaptation from now till 2030 will yield a return of as high as $7 trillion in the following decades. The human, economic and environmental imperatives for adaptation face increasing costs with each year of delay but upfront investments starting now are estimated to repay the investments by as low as 2:1 to as high as 10:1 or higher. A protester dressed as a bear takes part in a rally held the day before the start of the 2015 Paris World Climate Change Conference, known as the COP21 summit, in Rome on 29 November 2015. Reuters

The report by the Global Commission on Adaptation (GCA), lays out these imperatives for accelerating adaptation so that the financing for adaptation can be raised to realise the triple dividends: first by reducing and avoiding the losses; second via the economic benefits by reducing risk and driving new innovations and increased productivity; and the third with the less intangible and yet invaluable social and environmental benefits.

GCA notes that while humanity has already recognised the need for climate adaptation as well as its urgency, adaptation is not proceeding as fast as it should nor is it occurring at the scales at which it is needed. Most implementations are at watershed scale or a coastal city scale, etc. The commission advocates a revolution in understanding, planning and financing. Understanding the risk to societies, corporations, and economies at a regional scale and enhancing the understanding with experiences at local scales are essential.

A planning revolution needs to build bridges from policies to investments and implementations of adaptation measures. Novel approaches in financing are needed to raise and spend the capital with public-private partnerships in sharing costs and benefits of adaptation. Tools of international financing are also required to reduce vulnerabilities of the developing countries which are often affected more despite their relatively minor role in emissions and the accumulated carbon since the Industrial Revolution. 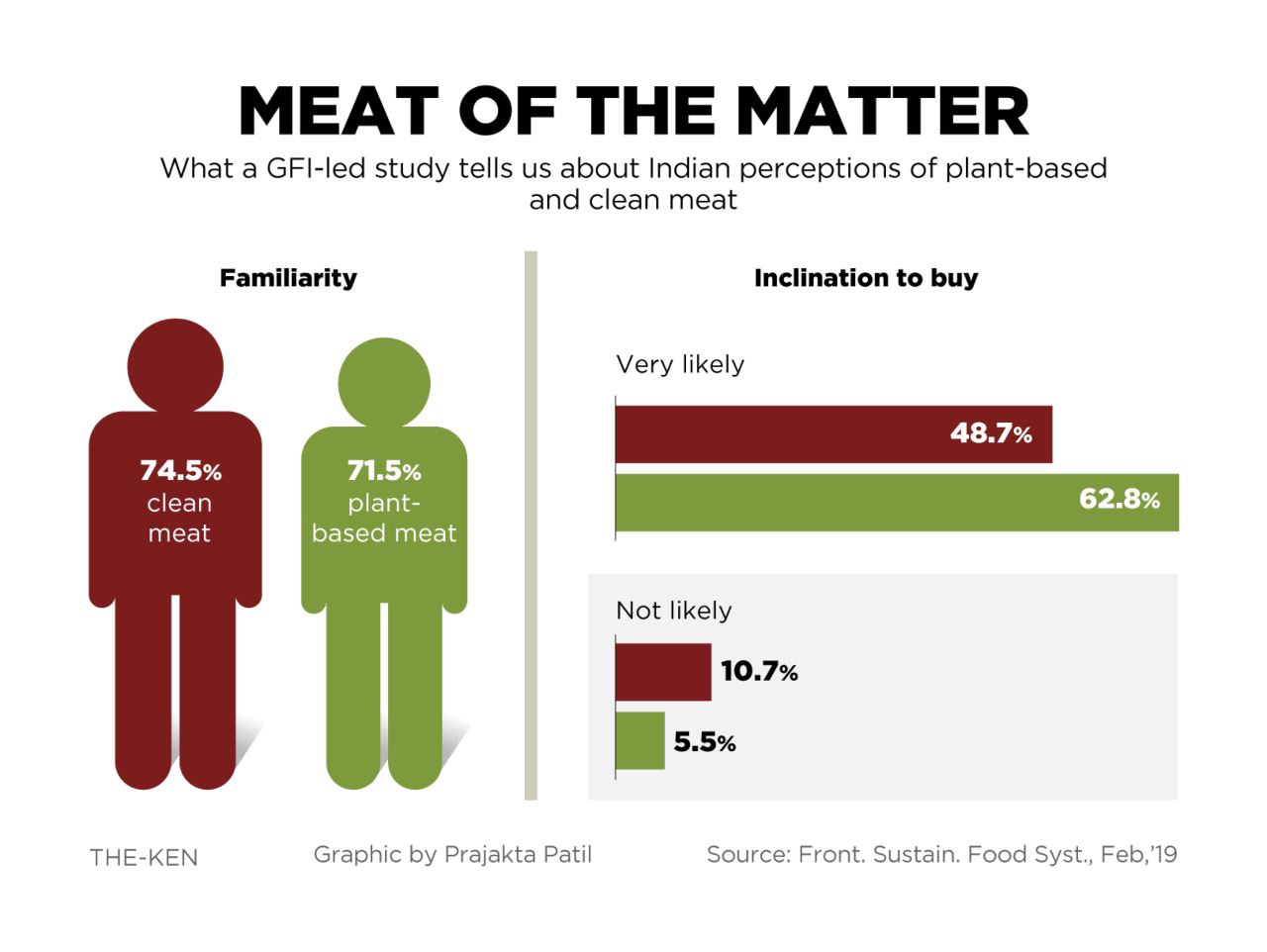 The Meat of the Matter, an illustration on plant-based mean and clean meat. Image: GFI/The Ken

The Global Commission identifies some key systems for adaptation – Food, Natural Environment, Water, Cities, Infrastructure and Disaster Management. Clearly, this is not an exhaustive list. Some important ingredients for accelerating adaptation in these key systems are included in the report. Investments in R&D is critical for adaptation in the Food system. A return on investment of as high 17:1 is attainable with financing for farmers, technology, smart agriculture, etc. Building end-to-end systems that translate weather and climate predictions and projections to Food systems is paramount as well.

Nature-based solutions are key for managing land and coasts and to mitigate heatwaves, floods, and droughts. Over 50 percent of the population lives in urban centers and the numbers are expected to increase in the coming years. Cities are valuable in terms of driving innovation and economic activities and employment. But they also create urban poverty centers and disproportionately high vulnerabilities for girls and women.

Urban water supply, heat stress, pollution, transportation, and so on must be made climate resilient. Sea level rise and weather and climate extremes render Infrastructures exposed to high risk. Roads, wastewater treatment, ports, energy and communication networks now need to be green and climate resilient with systems design approaches that minimise shocks to the whole network from local disasters.

Disaster risk management requires early warnings systems to prepare, prevent, protect, and recover. The challenge is to minimise disasters resulting from hazards. The adaption example of Ahmedabad offers a good example. While the 2010 heatwave resulted in over 1,300 deaths, a heatwave in 2015 resulted in only about 20 deaths. Adaptation actions included the training of healthcare workers, providing water, cooling homes by painting the roofs white, etc. Investments in Disaster risk management is a no-brainier.

Kanerwadi village, in Parbhani district of Maharashtra, still depends on tap water in peak summers. This, after the Grameen Sabha collectively worked on watershed management.

Developing countries face yield drops, land loss for livestock, and disruptions of global food supply. For example, the super typhoon Haiyan devastated the Philippines in 2013. The impact on exports from the Philippines reverberated throughout the global food market. Despite the high awareness of such linked vulnerabilities and cascading disasters, mobilising the required investments in climate adaptation has been a challenge.

Framing the adaptation needs in terms of economics, returns-on-investment and ecosystem services may be critical for accelerating adaptation financing and implementation. For ex., an investment of $250–500 per hectare in better dryland farming practices is estimated to enhance cereal yields by 70–140 percent. Successful examples of local adaptations include flood-resistant varieties of rice and drip irrigation.

Similarly, the value of prevented losses by mangroves is estimated at over $80 billion per year with protection for 18 million people. The non-market benefits of mangroves in terms of fisheries, forests and recreation total up to $50 billion per year. The investments in preserving and restoring mangroves should thus internalise these monetary benefits of mangroves. Developing countries are expected to reap a benefit of over $4 trillion by investing $1 trillion in adaption in the key systems identified above. 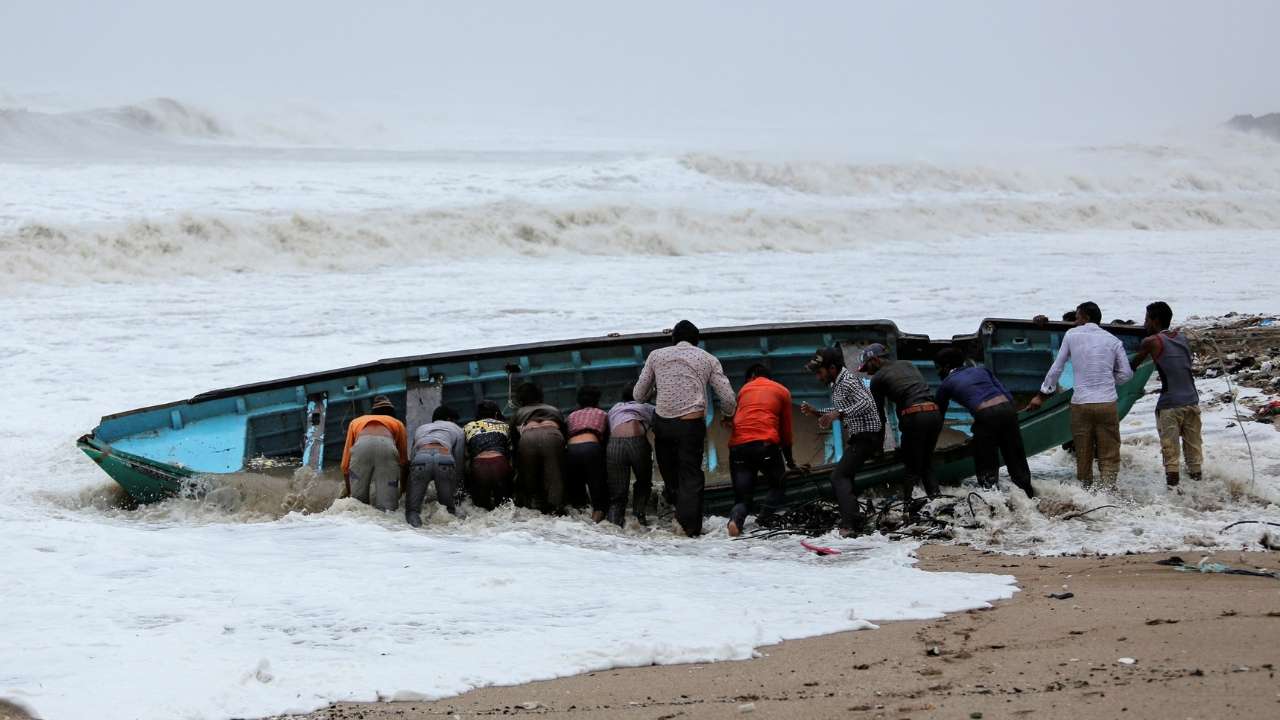 Fishermen move a fishing boat to a safer place along the shore ahead of the expected landfall of Cyclone Vayu. Reuters

If the economic benefits are multiple and so attractive, why is adaptation not occurring at the required pace? As can be expected, there are many barriers to implementing adaptation. Under-allocation of funds can be related to a perception of a future loss that is lower than the upfront investment needed now; the so-called discounting of the future. Simply put, a rupee today is worth much less in the future. Some funds are allocated wrongly by implementing solutions that are not appropriate for the future. There are also other institutional factors such as multiple ministries or government institutions that do not cooperate or do not have the requisite financial and human resources and expertise.

GCA plans for an Year of Action with action tracks in each of the key systems. Planned initiatives to elicit action from the convening countries as well as the rest of the world include; expanding fiscal and financial policies that are forecast-based to enhance climate resilience, double the scale of agricultural research and digital advisories, public-private partnerships for nature-based solutions, planning and financing of climate adaptation for rivers and groundwater in addition to urban water systems, making cities and the urban poor climate-resilient, organise funds and government commitments and encourage adaptation led by local actions, transfer best practices in infrastructure from one place to wherever needed, and thus.

It is good news for Indians that India is a co-convener of the Global Commission on Adaptation. It is even better news that India has made steady progress on early warning systems with plans for electric vehicles, renewable energy, and schemes like Jalashakti for groundwater preservation and recovery. This global umbrella of adaption will certainly strengthen India’s hands further to enhance its climate-resilience as well as continue to grow into a global player and meet its obligations to its own citizens and to humanity.

The writer is a professor of Atmospheric and Oceanic Science and Earth System Science at the University of Maryland. He is currently a visiting professor at IIT Bombay.