Some experts think a collision of the iceberg with the Larson ice shelf is on the cards.

A large iceberg in Antarctica has calved off the Larsen C ice shelf as of July last year and budged only a little from the coast until recently. In the past two months, the iceberg, known as 'A68', has taken a drastic 90-degree swing away from the Antarctic mainland and into the Southern Ocean.

The A68 iceberg is the sixth-largest ever recorded, according to a NASA-ESA database, weighs an estimated trillion tonnes.

Not only is this state-sized chuck of polar ice on the move – it has enough momentum to stay moving for months to come, in the view of Mark Brandon, a renowned Oceanographer at the Open University. He bases this claim on temperature data from the Suomi NPP satellite.

“I should think we will see some interesting collisions with the ice shelf in the next few months,” Brandon wrote on his website.

A timelapse sequence of the A68 iceberg breaking off the Larsen ice shelf over June 2017-2018. Image courtesy: Swansea University

As for what got the iceberg moving to start with, glaciologist Martin O’Leary, who studies A68 as part of the MIDAS Project, thinks it could have been winds, currents or even just a natural process.

“It might have been shaken loose by winds or ocean currents, or it might be that the natural thinning process (from both melting and the flow of the ice) has lifted the bottom of the iceberg off the seabed,” O'Leary told Earther.

“Looks like the berg is now a lot more free to move about, so it will probably continue to rotate, and move out to sea.”

While some experts, Brandon included, think a collision with the Larson ice shelf is on the cards, marine ecologists are otherwise occupied by possibilities in the newly-vacated patch of ocean. 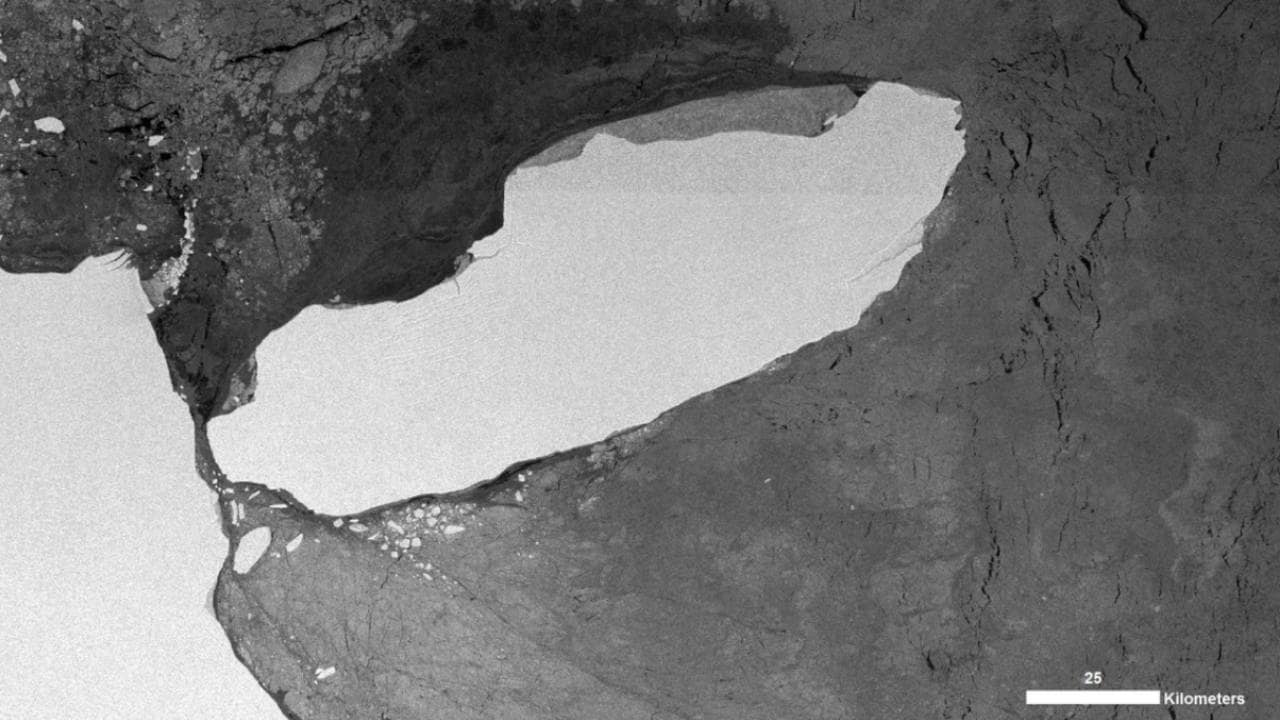 An image of the A68 iceberg as of 12th August, 2018 taking with the Copernicus Sentinel Satellite. Image courtesy: GovBAT/Twitter

After a large chunk of ice breaks away, sunlight, plankton and fish take over and transform the ecosystem pretty quickly, marine biologist Phil Trathan explained to Live Science last year.

"It will be sort of a chain reaction. As you get productivity happening then you’ll get more species coming in, and so there will be quite significant changes over relatively short time scales.”

Courtesy of an international agreement, the area will be off-limits for any commercial operations – fishing included – for two years at the least.

In the meanwhile, you could catch up with the iceberg's latest antics here.