The birch pitch could've been used as a toothbrush, help in toothaches, suppress hunger or just for kicks.

Chewing gum sure seems like its a modern invention, but in a recent archaeological find during a dig in Denmark, archeologists stumbled on a piece of very ancient chewing gum. It supposedly dates back 5,700 years, which if it isn't wasn’t crazy enough, scientists have also found the human genome in the gum.

The chewing gum was made of birch pitch — a black-brown substance that can be found on the bark of birch trees. It's produced by heating the bark and as it cooled down, ancient humans would chew it to make it more malleable. It was also supposedly used as glue to make tools. 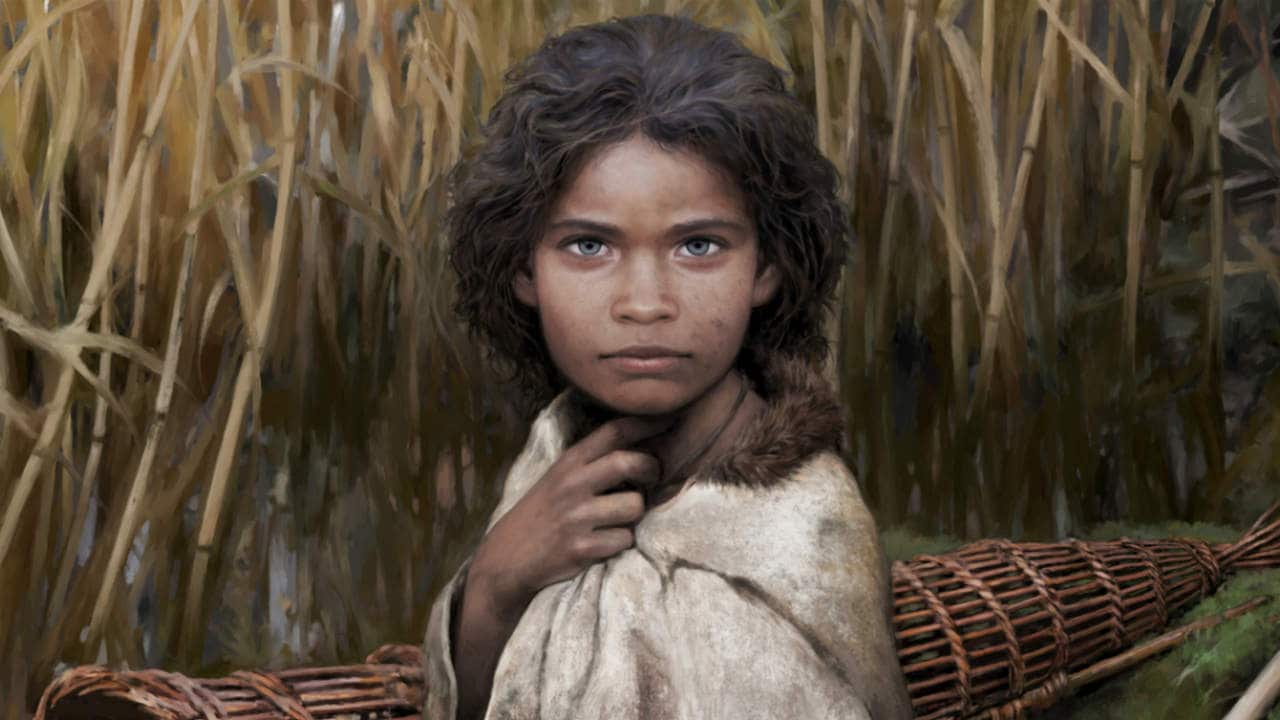 Artistic reconstruction of the woman who chewed the birch pitch. She has been named Lola. Image credit: University of Copenhagen/Tom Björklund.

There are a few likely theories for the other purposes that birch pitch was used for which include a toothbrush, to help in toothaches, to suppress hunger. It could’ve also been used just as the modern version is used, for no specific purposed and just for the fun of it. The birch pitch was found during an archaeological dig at Syltholm on Lolland Island, southern Denmark.

This is the first time that a human genome has been found and extracted from anything other than human bones. A genome is the complete set of the DNA of a living organism, and includes all the genes that a living being. Each genome contains all of the information needed to build and maintain the living organism. For human beings, a copy of the entire genome — more than three billion DNA base pairs — is contained in all cells that have a nucleus.

"It is amazing to have gotten a complete ancient human genome from anything other than bone," Hannes Schroeder, lead author and Associate Professor from the University of Copenhagen, said in a statement. "What is more, we also retrieved DNA from oral microbes and several important human pathogens, which makes this a very valuable source of ancient DNA, especially for time periods where we have no human remains."

From the gum, the scientist could find out the gender and face structure of the person chewing it. They concluded that the genome belonged to a girl, lived in Scandinavia but had relations to the hunter-gather society in Europe. They could also tell that she probably had dark and dark but had blue eyes. The scientists also found traces of food that she had eaten around the time that she chewed the gum – which was hazelnuts and duck.

When analysing the gum, researchers also found pathogens and bacteria. The DNA of the Epstein-Barr Virus, for instance, was among the keys things discovered in the dig. It is known to cause infectious mononucleosis or glandular fever.

"Our ancestors lived in a different environment and had a different lifestyle and diet, and it is, therefore, interesting to find out how this is reflected in their microbiome,’ Schroeder said in a statement. ‘It can help us understand how pathogens have evolved and spread over time, and what makes them particularly virulent in a given environment. At the same time, it may help predict how a pathogen will behave in the future, and how it might be contained or eradicated."

The findings of this study were published in the journal Nature Communications.

Scientists have reconstructed skeleton of prehistoric girl from 70,000 years ago