The children, aged four to 14, were sacrificed to appease El Nino and the Chimu culture's gods.

Archaeologists in Peru say the 227 bodies they unearthed from a site used by the pre-Columbian Chimu culture is the biggest-ever discovery of sacrificed children. They have been digging since last year at the huge sacrificial site in Huanchaco, a beachside tourist town north of the capital Lima.

"This is the biggest site where the remains of sacrificed children have been found," chief archaeologist Feren Castillo told AFP on Tuesday. Castillo said the children, who were aged between four and 14, were sacrificed in a ritual to honour the Chimu culture's gods. "They were sacrificed to appease the El Nino phenomenon," and show signs of being killed during wet weather, he said.

He added that there may still be more to be found.

"It's uncontrollable, this thing with the children. Wherever you dig, there's another one," Castillo said.

The children's remains were found in a position facing the sea. Some still had skin and hair.

Huanchaco was a site where many child sacrifices took place during the time of the Chimu culture, whose apogee was between 1200 and 1400. 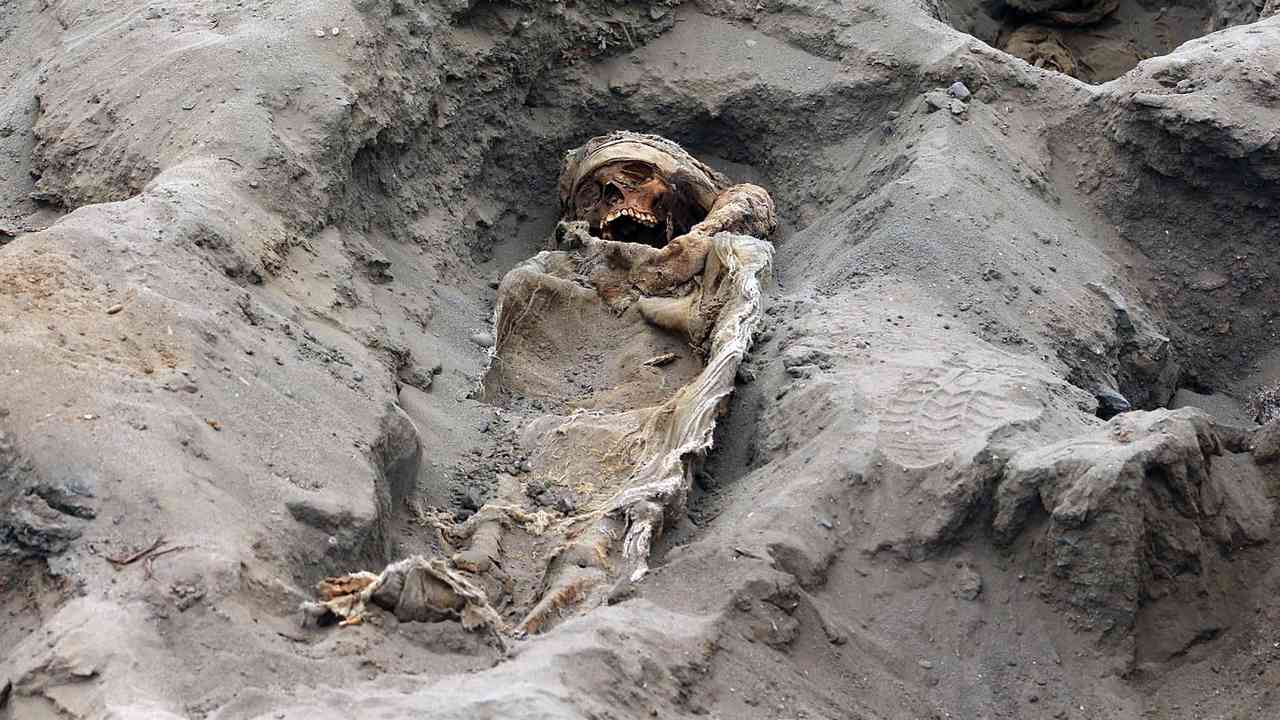 The children were killed to appease the Chimu culture's gods. image credit: AFP

Pampa la Cruz is a short distance from Huanchaquito, where the remains of 140 sacrificed children and 200 llamas were found on April 2018.

The Chimu civilization extended along the Peruvian coast to Ecuador but disappeared in 1475 after it was conquered by the Inca empire.