While Earth was a tad cooler last year, 2018 than the last couple of years, it still was the fourth warmest on record, a new analysis shows. People cool off in a fountain during a hot summer day in the Basque city of Vitoria, northern Spain. Image: AP

It’s likely other temperature measuring groups will agree on 2018′s ranking since they had it at fourth hottest through November, said Berkeley Earth climate scientist Zeke Hausfather. The Japanese Meteorological Agency has already calculated it at fourth. Record-keeping started in 1850. 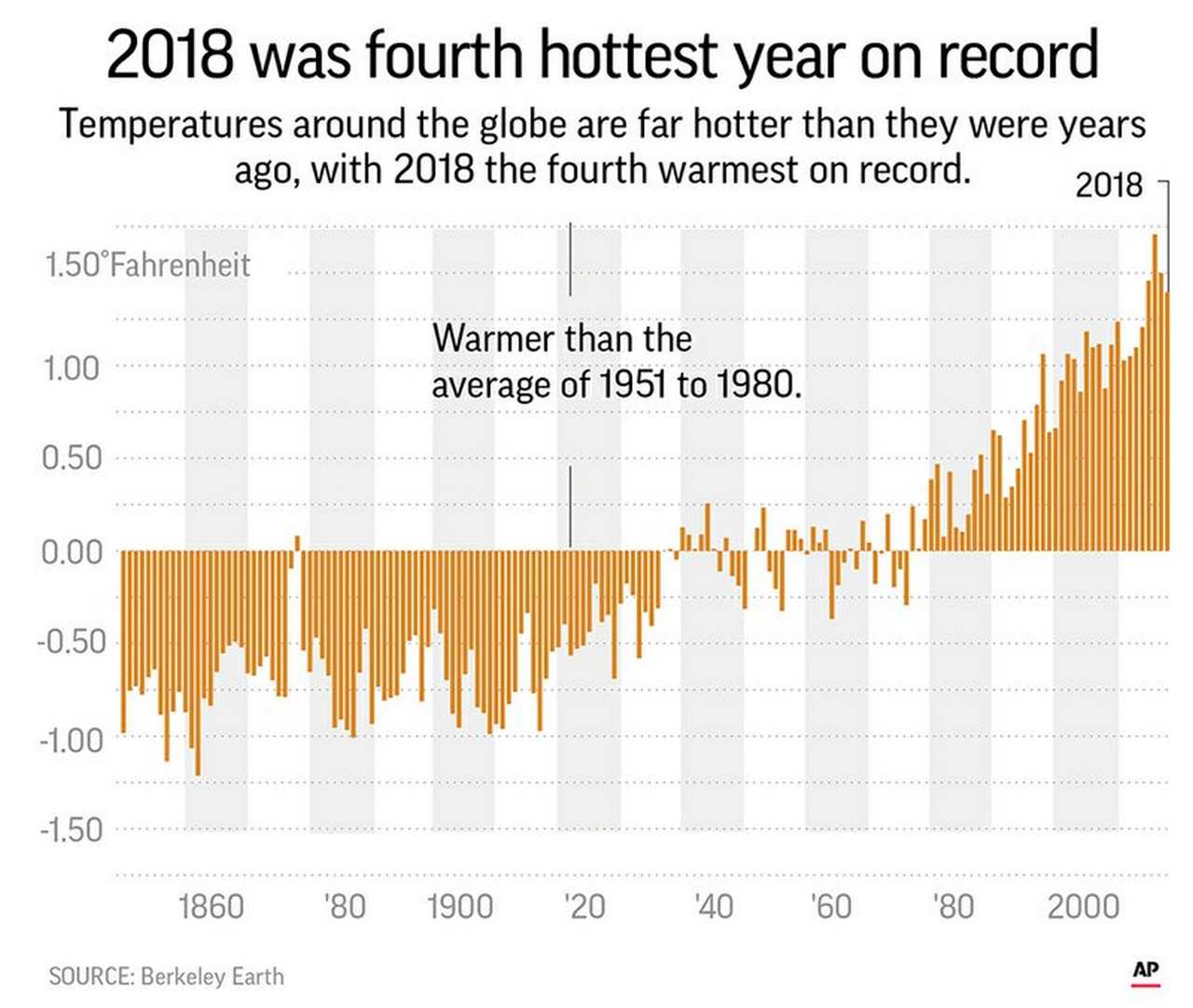 Only 2016, 2017 and 2015 were warmer than last year, with only small differences among them. That was mostly because of natural yearly weather variations like El Nino and La Nina, Hausfather said. He said it would be foolish to call last year’s slight dip a cooling trend.

“The long term is stunningly clear,” he said.

Pennsylvania State University climate scientist Michael Mann, who wasn’t part of the Berkeley Earth team, said the fact that nearly every year recently is in the top five or top 10 hottest years is “clear evidence of human-caused warming on this planet.”

Last year, 29 countries, including much of Central Europe, and Antarctica had record hot years, Hausfather said.