Vivo V7 Review: A phone for those who live for their selfies, everyone else can look elsewhere

If you live and die by your selfies the V7 is an incredible phone, and it’s the only reason to buy the V7. Last year’s Vivo V7 Plus turned out to be a surprisingly impressive smartphone for its price. An intelligent combination of hardware and software made it an intriguing package that was perfect for the selfie enthusiast.

The Vivo V7, launched many months after the Plus model, is essentially a cut-down V7 Plus.

Comparing the specifications side-by-side, the two devices are virtually identical, with the V7 simply offering a smaller screen, smaller battery and lower capacity storage for a reduced price.

However, we're still getting that same plastic body, HD display and low-end processor. Does the device still hold up in a market where success is impossible without evolution?

The design and build are virtually identical to the V7 Plus. You get a plastic back that looks like metal, a tall, 18:9 display with its pre-applied scratch guard, volume controls, front and rear cameras with LED flash, etc. The Vivo V7 is virtually identical to the Plus model that came before it. Image: tech2/Anirudh Regidi

The V7 is a tad smaller than the V7 Plus, but you’ll need to have the phones side-by-side to tell them apart by height. Unlike the Apple iPhones, where there’s a dramatic difference between the Plus and regular model phones.

The Vivo V7 still has the cheap, plasticky feel of the V7 Plus and is very light. As with the bigger model, at first glance, the rear does seem like metal.

I’m not saying it’s a bad thing that the V7 is so like the Plus model, it’s just that I wish Vivo had taken a bit more trouble to update the design, given that it launched so much later than the V7 Plus.

Xiaomi’s Mi A1, for example, has a real metal body, and with USB-C slowly taking over everything, it’s a little frustrating to see a microUSB port again.

Save for the display and battery, the phone remains unchanged when compared to its bigger brother. It's disappointing to still see devices that use microUSB ports. It's a dying port, Vivo! Image: tech2/Anirudh Regidi

On the software front, you’re getting FunTouch OS 3.2, which has been built atop Android 7.1.2 Nougat.

In terms of connectivity, you get the essentials, but you will miss out on more powerful options like USB-C and 5 GHz Wi-Fi. 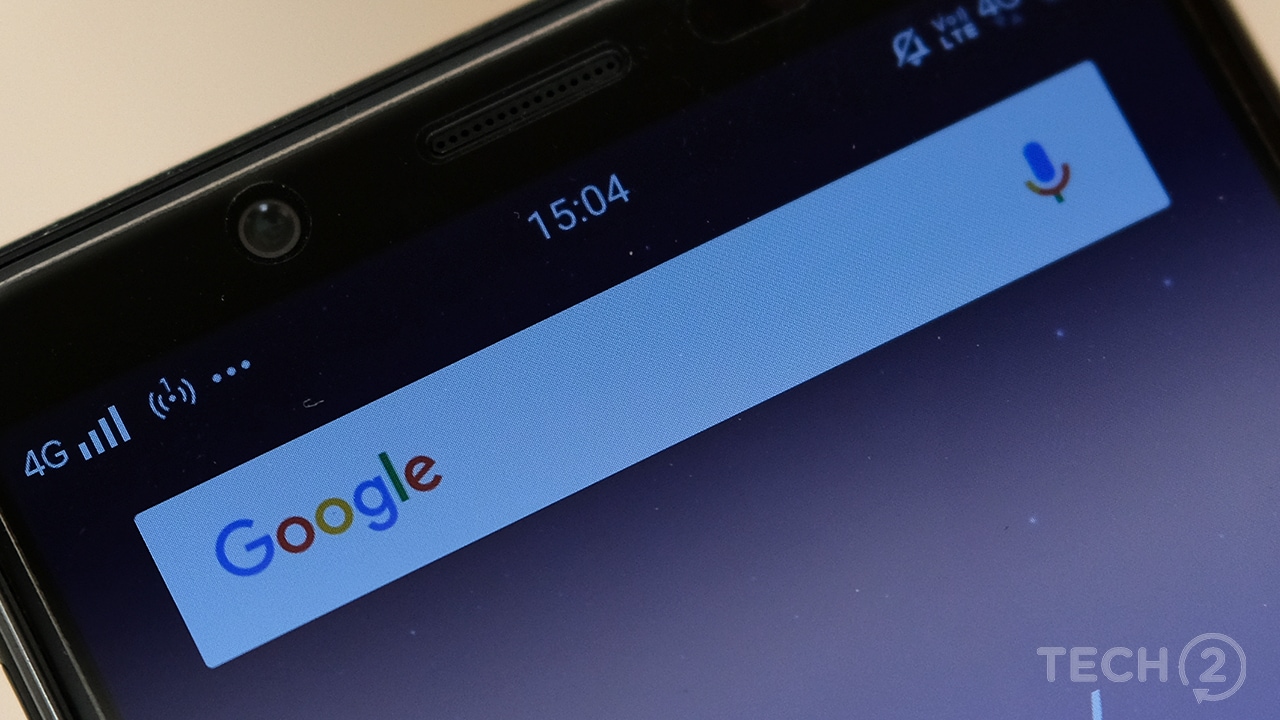 The V7's HD display is a bit disappointing given that everyone else is selling phones with twice the resolution. Image: tech2/Anirudh Regidi

Regardless, the screen is good enough for most use cases and in normal usage, you’re unlikely to notice any pixels. It’s only when you hold the phone close to your face, as in VR applications, that you’ll notice them. 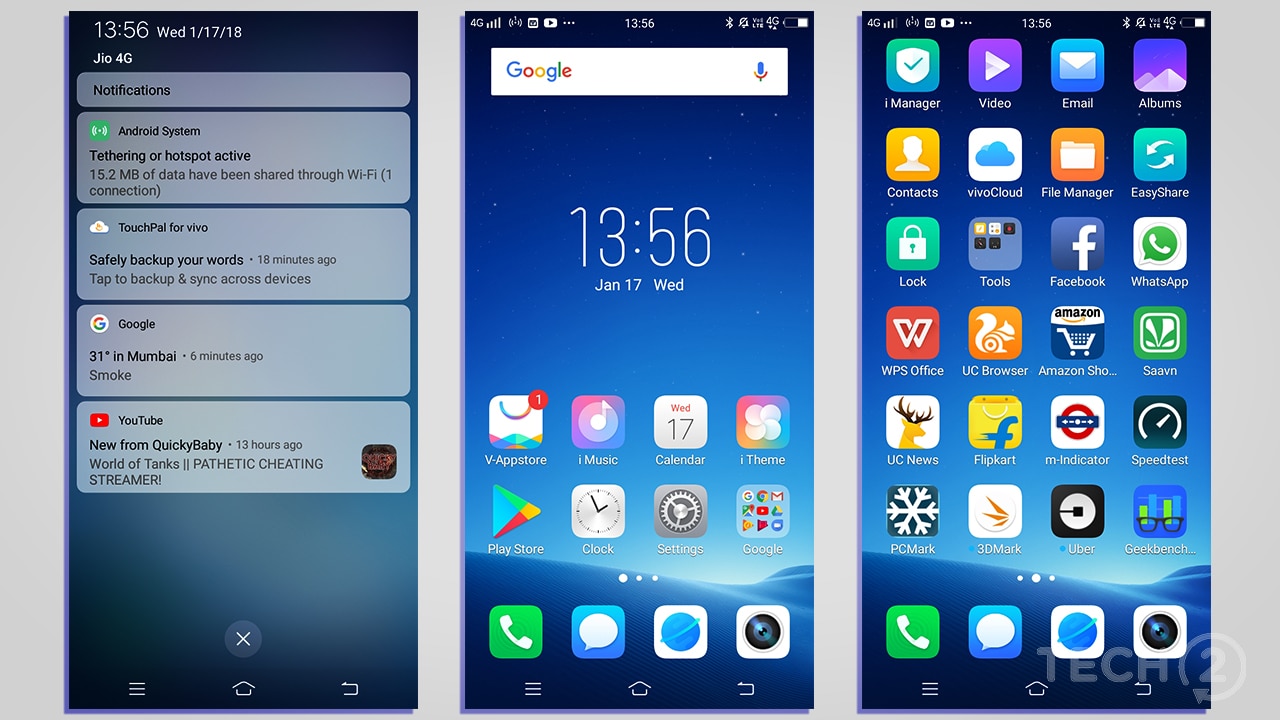 The UI is a blatant iOS ripoff, but it packs in some useful features and works well on the hardware

The phone also includes a simple facial recognition functionality that can easily be fooled by photos. It’s a fast and easy unlock mechanism that can work very well for you if you’re willing to accept the fact that the unlock system is vulnerable.

The UI, while a blatant iOS rip-off to be sure, is well optimised for the hardware and doesn’t stutter. Other features like split-view and app clones are back.

As with the V7 Plus, the OS is very customisable, if a little inelegant, and you can spend quite some time mucking about in the settings till you find a configuration that you like.

I say sensible because the SD450 is powerful enough to make sure that the phone is running smoothly and without issues. There are a few random instances of stutter, but not too many. Basically, the 450 is just powerful enough to run the phone smoothly, and that’s it. There’s no power to spare for heavier tasks.

My biggest complaint is in gaming. While games run smoothly and the phone doesn’t heat up, games that scale their graphics settings scale everything way down to accommodate the limited graphical capabilities of the SD450. Cheaper phones than the V7 are boasting of SD 625 and 653 chips. These are usually between 20-40 percent more powerful than the SD 450, and are powering sharper, higher resolution screens.

Speaker quality is particularly good on the V7. It’s very loud and you can clearly hear the single speaker in even a noisy environment.

In-call quality was fine and music quality is acceptable.

Biometrics were expectedly fast and I have no complaints on that front either.

Camera performance from this phone is virtually identical to the camera performance on the V7 Plus. Images from the rear camera are passable, good in daylight, terrible at night and tolerable between. 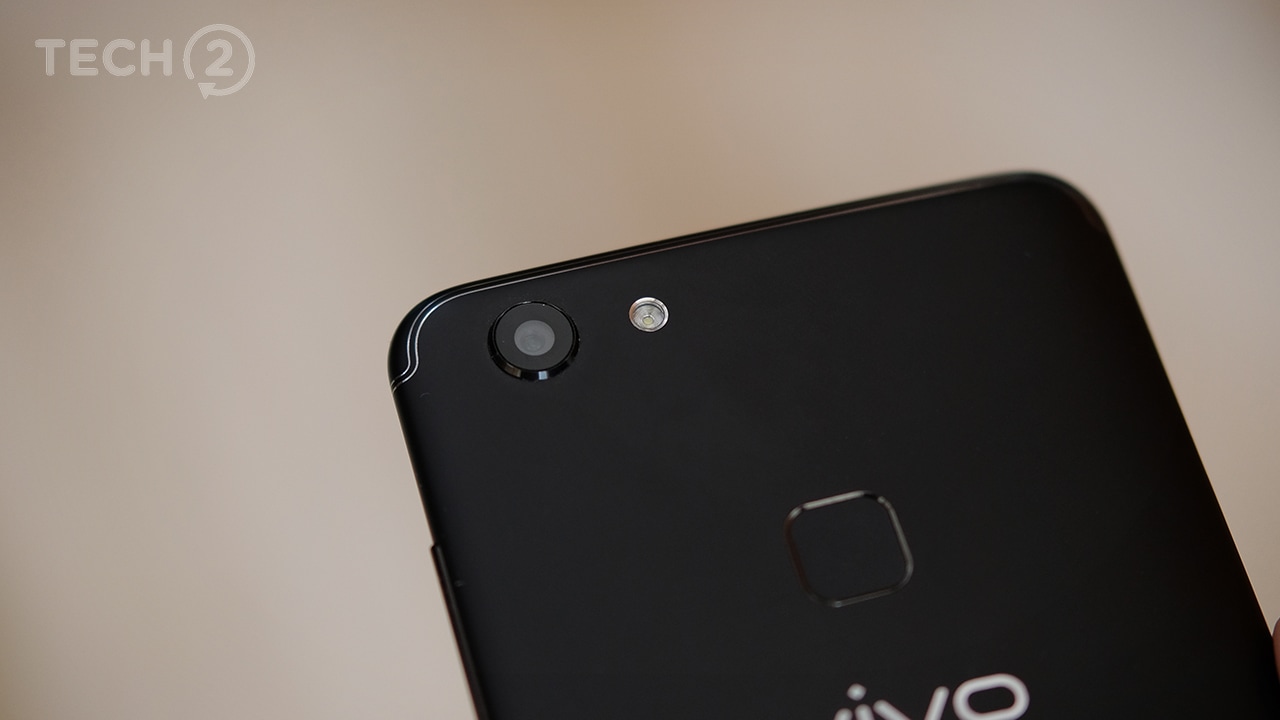 Ignore this camera. It's only there for the sake of it. The front camera is the only reason you're buying this phone. Image: tech2/Anirudh Regidi

Focussing is reasonably quick and everything works as expected.

The portrait mode on the rear camera, achieved via a single-camera setup, is quite nice. It doesn’t exaggerate the background blur too much and does a very decent job of feathering the edges to make for a more natural looking fake portrait shot.

But I digress. We’re all here, after all, to talk about that mammoth 24 MP selfie camera. It’s the reason this phone exists and honestly, without it, the phone is nothing. Thankfully, the sole reason for this phone’s existence is justified. The 24 MP selfie camera is as incredible as it was on the V7 Plus, and might even be slightly improved.

Selfies captured from this sensor are sharp and in focus most of the time. The single-camera portrait mode on the front works great. There’s a fill flash in the form of an LED that has proven itself to be essential in hard lighting conditions and several selfie-specific features make it easy to take nice selfies with minimum fuss.

The portrait mode on the front is also as good as the one on the rear. 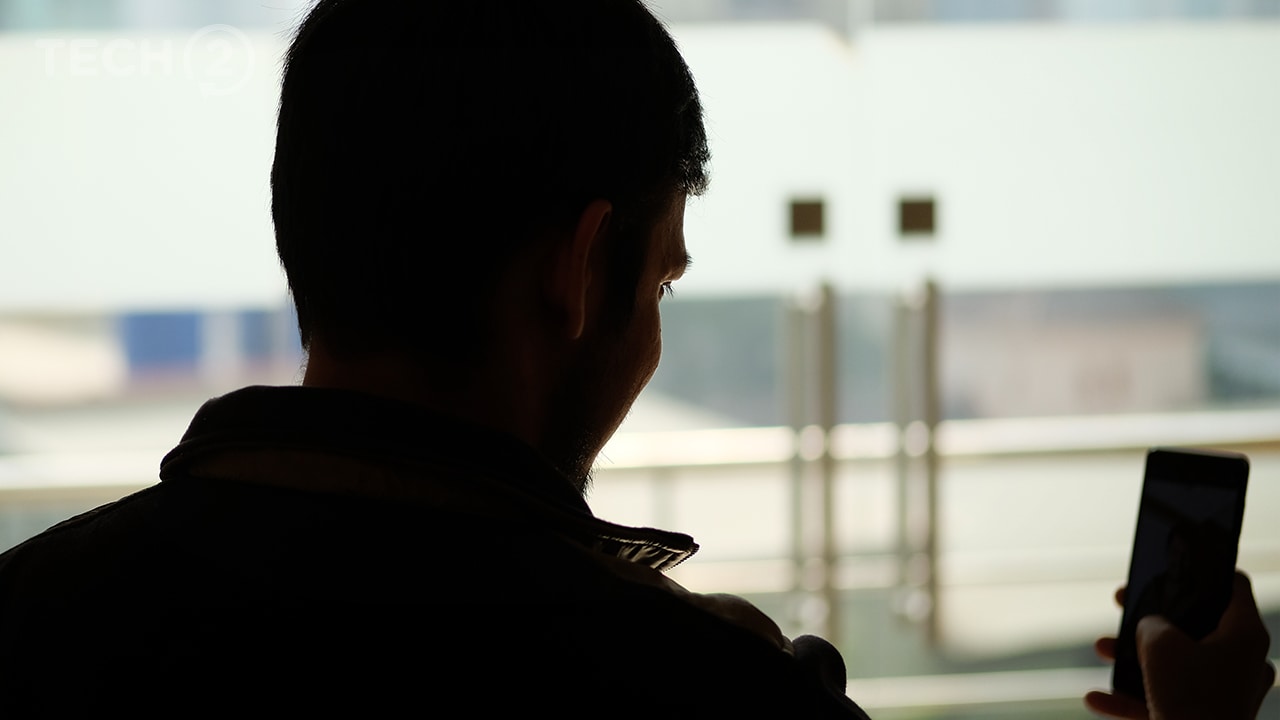 The bottom line is just this, if you love taking selfies, I can’t think of a better smartphone to go far. The only phone that can one-up the V7/V7+ in this department is the Vivo V5 Plus, which features a really good dual-camera setup on the front.

Selfies from this phone beat those from Apple’s famous iPhones and most Android flagships barring the Pixel 2 devices.

If you don’t care about selfies, you have no reason to pick up this phone.

I don’t know what Vivo’s done with the software, but the V7, with it’s smaller battery, lasts just as long as the V7 Plus, if not longer. Our synthetic benchmarks pegged the battery life at 10 hours and 45 minutes, and I found the phone easily lasting me over 1.5 days.

Charging speed is a little slow, however.

At around Rs 17,000, the V7 is a very poor choice of phone. Virtually every phone that you can buy in the same price range is cheaper, significantly more powerful and offers a higher resolution display. Better options include the Mi A1, the Moto G5s Plus and the Huawei 7x. Even the Redmi Note 4 for Rs 12,999 is a more powerful option with a comparable rear camera.

If you live and die by your selfies, however, the V7 is an incredible phone, and it’s the only reason to buy the V7.