Panasonic Eluga A3 Pro Review: Decent smartphone which gets lost in face of fierce competition in this price segment

This is a comprehensive review of the Panasonic Eluga A3 Pro after I used it as my primary phone for 10 days. This means that these smartphones were competing against the likes of Xiaomi Redmi Note 4, Xiaomi Redmi 4, Moto G5, Honor 6X and Lenovo K6 Power. The device is available on sale on Panasonic brand shops and other offline and online retail channels across the country.

We got the Eluga A3 Pro, more powerful and expensive of the two devices for review. The smartphone looks decent and packs a 4,000 mAh battery. The company claims that it comes with the first AI-based smart assistant called Arbo. I used it as my daily driver for 10 days. I pushed the smartphone to its limits in terms of usage. So let's get into the review.

The Panasonic Eluga A3 Pro comes with a metal back with plastic caps on the top and bottom. The company has added a brushed metallic finish on the sides, but the frame is plastic. The device looks sturdy and solid in hand without any squeaking parts. It looks decent and does not feel heavy despite the 161 gm heft. The weight, along with the metal block on the back gives the smartphone a more balanced feeling ensuring that the user feels confident while holding the device. The device comes with 148 x 72.4 x 9.1 mm dimensions making it similar to most budget Android-powered smartphones out there. One thing to note here is that the edges of the smartphone felt a little sharp hinting at a slight lack of refinement. However, it is alright for budget smartphones to not come with a refined design that is present in more premium smartphones. Though, competition like the Moto G5S and Redmi Note 4 do come with comparatively better design and refined built quality. 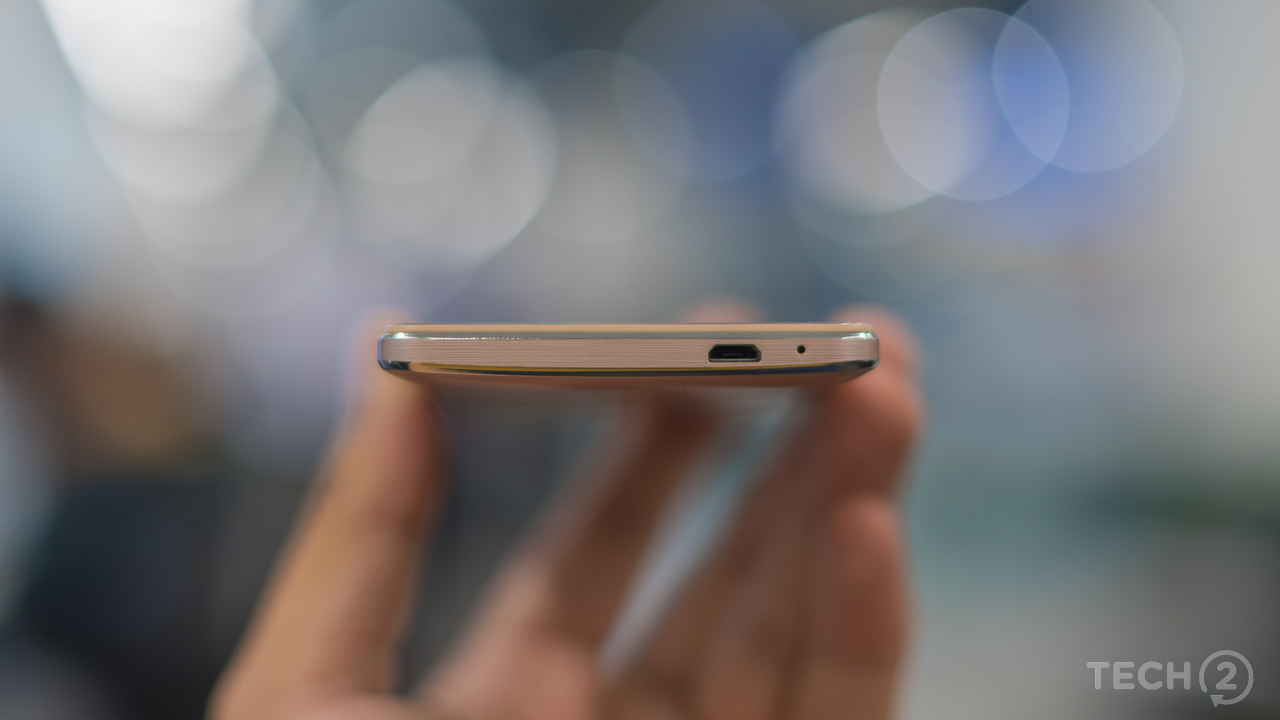 The front of the device packs a fingerprint sensor on the bottom with an embedded home button. There are no navigation keys on the sides of the fingerprint sensor. Instead, Panasonic has opted for virtual navigation keys. This looks like a waste of space available on the bottom bezel. The company has packed the front camera module, speaker grill and the proximity sensor on the top bezel. Users will find the rear camera at the top-middle portion of the smartphone on the back along with the LED light module below the camera module. The back includes the Panasonic and Eluga branding in the middle along with a speaker grill on the bottom plastic cap of the smartphone. The Eluga A3 Pro packs a 5.2-inch HD display with 'Asahi Dragontrail' glass. The device runs Android Nougat 7.0 out of the box with ‘Arbo AI assistant’, more on the ‘AI assistant’ in the Software section. The Eluga A3 Pro is powered by an octa-core MediaTek MTK6753 processor clocked at 1.3 GHz along with 3 GB of RAM and 32 GB of internal storage that can be expanded to up to 128 GB microSD card. The company has added a 4G-enabled nano-SIM slot and another 4G-enabled hybrid slot along with Wi-Fi 802.11 b/g/n, Bluetooth v4.0, 3.5 mm headphone jack and micro USB 2.0 port for connectivity. It features a fingerprint sensor on the front, ambient light, proximity, accelerometer sensors, and FM Radio support to improve the feature-set of the device. Panasonic A3 Pro packs a 5.2-inch HD IPS LCD panel with 1280 x 720 resolution with 'Asahi Dragontrail' glass for protection. The display panel comes with 282 PPI pixel density and 69.2 percent screen-to-body ratio. The display looks bright and colourful along with good viewing angles. The colour and brightness do take a hit if viewed from extreme angles. But considering that it is an HD display, the display performs well. However, Panasonic needs to improve the light-reflectivity of the screen. The display does not perform as desired in direct sunlight as there is a lot of reflection making it difficult to read the contents on the screen.

The company has opted for stock Android Nougat 7.0 with the Eluga A3 Pro to ensure snappy performance. The operating system comes with Android 5 June security patch level out of the box. The device did not receive any update at the time of testing. Despite the presence of stock Android, the device does not perform as snappily as I was expecting it to be. There was a slight yet noticeable lag while navigating the operating system, be it while normal actions like opening the app drawer or little more demanding like opening apps. One thing to note here is that the operating system does not come clean as you would expect from a stock Android installation. Instead, Panasonic has added a number of pre-installed apps. The pre-installed apps include Amazon Shopping, Amazon Prime Video, Dailyhunt, Cupcake Dreamland, PhonePe, Xender, DataBack, K-Gallery, Uber, and V-PayQwik. Panasonic has changed the camera interface to a custom-designed interface, more about that in the camera section. The operating system also comes with Arbo, one of the key highlights for the company with Eluga A3 Pro and A3. The company claims that Arbo is an AI-powered ‘smart assistant’ that helps users to track their daily usage and make suggestions to them accordingly. 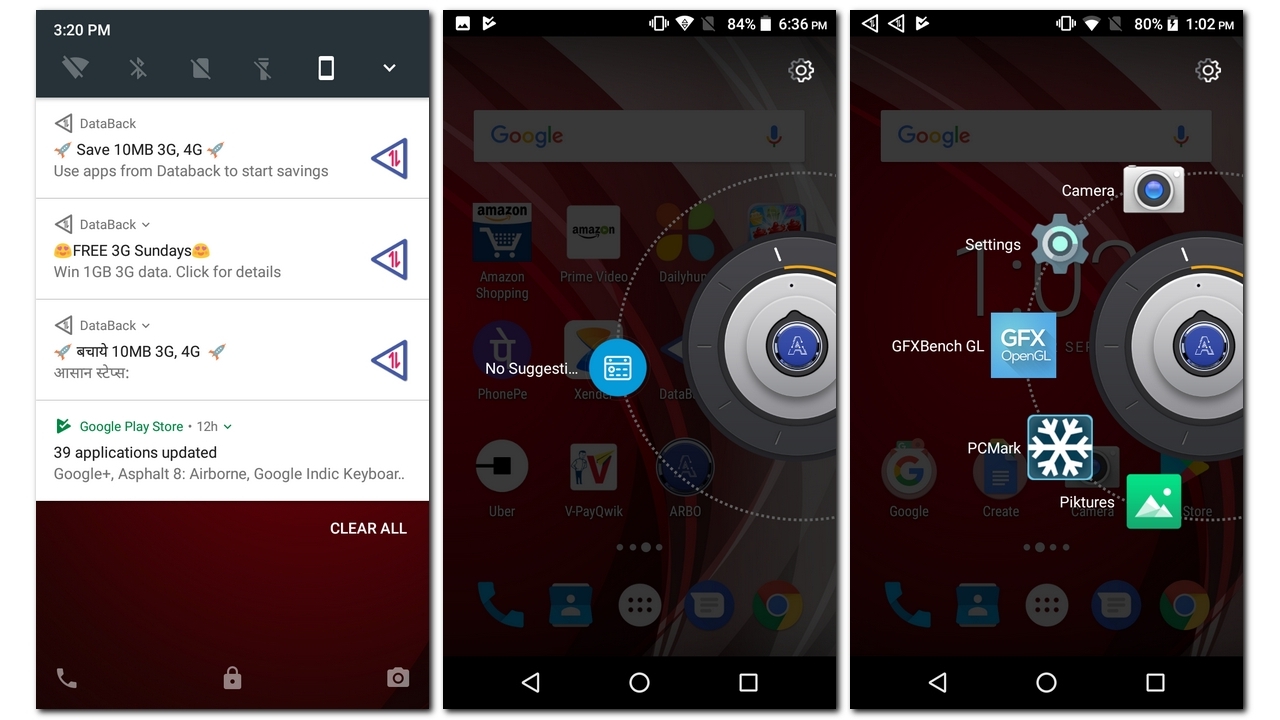 The company has pushed the ‘Arbo’ AI Smart Assistant as one of the key features of Eluga A3 Pro. The way this ‘Smart Assistant’ works is that it keeps a track of all the apps that you use on a daily basis along with the time. After a few days of using, the Arbo smart sssistant learns your app using habits and then starts suggesting apps to you according to the time in the day. The assistant is not really smart or intuitive in terms of the interface when compared to its competition, Google Assistant, Microsoft’s Cortana, Amazon Alexa, or Apple’s Siri. Last but not the least, Google Assistant is also supported on the device in addition to Arbo.

The performance of Eluga A3 Pro was underwhelming at best as there was a slight, yet noticeable lag across the system and everything was not as smooth as one would expect from a stock Android installation. I ran the smartphone through a number of benchmark tests and the scores reflected the comparatively weak performance by the MediaTek MTK6753.

Almost all the apps that I used displayed the lag at launch. Extended gaming sessions of heavy duty games like Modern Combat 5 ran alright with somewhat choppy performance in complex scenes. I encountered similar performance levels were seen in games like Asphalt 8: Airborne and Dead Trigger 2 as well. 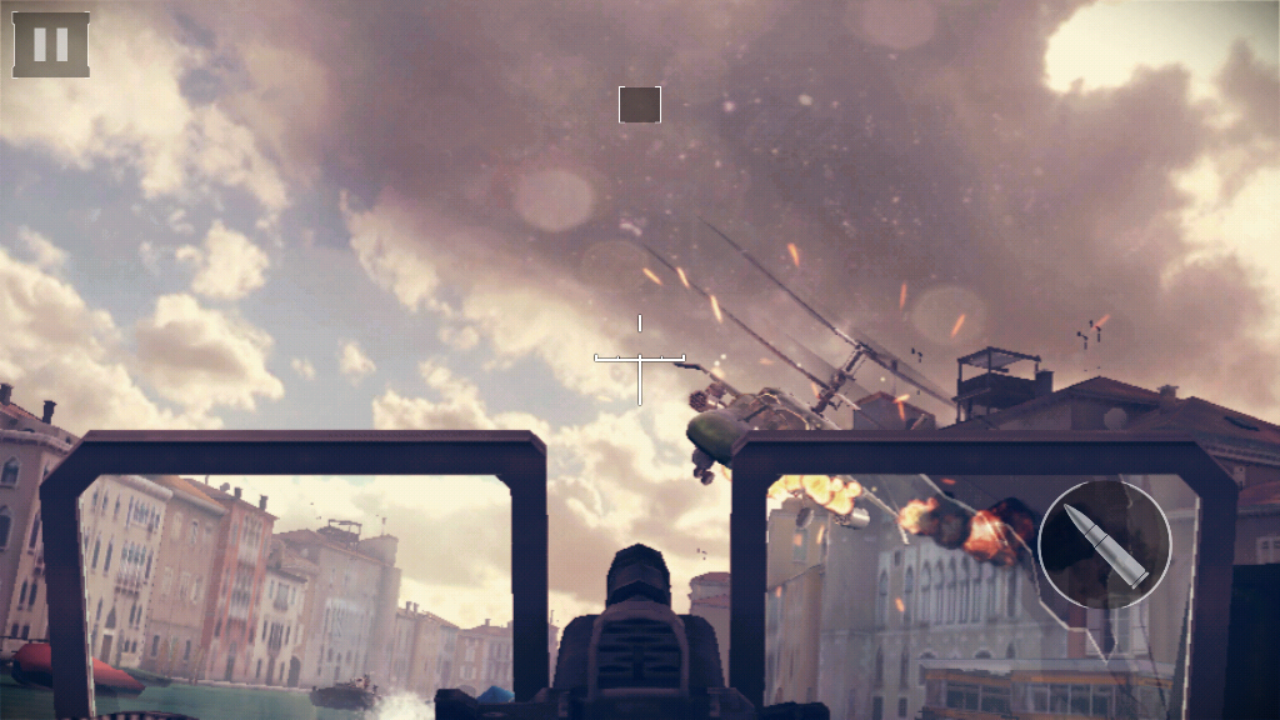 The phone did heat up moderately during extended gaming sessions. There was no issue while placing cellular or internet calls using the Eluga A3 Pro as the connectivity and voice clarity was spot on. The bundled earphones with the device did not pose any problems as the sound was clear with decent noise cancellation.

The Eluga A3 Pro comes with a 13 MP camera sensor on the back along with phase detection autofocus and LED flash and an 8 MP camera sensor on the front for better selfies. Users can shoot 1080p video at 30 fps from the back camera in the video department. The camera interface comes with three modes, the first mode is a panorama mode where the camera guides you to take multiple photos and then stitches them into one large picture.

The second mode is the PiP (Picture-in-Picture) mode where the camera takes a photo from the back camera and a photo from the front camera. It takes the back camera image as the background and overlays the image taken from the front camera on the background with Polaroid-like borders to mimic a PiP-like final image. The third mode is the normal photo mode. Users don’t have to change the screen to shoot video as the video recording and image capture button are present on the same screen, just above the fingerprint scanner on the front.

The pictures shot from the camera were not the best with noise creeping in photos along with a hit or miss focussing system. The camera takes considerably longer to focus than usual with a significant 0.5~0.75 second lag from the time the shutter button was pressed and the final shot was taken. The pictures turned into a grainy mess in low light or dimly-lit conditions. The quality of photos marginally improved in bright daylight but it was still lacking the crisp noise-free photos. Moving away from the image clarity and focus issues, the camera sensor has a dismal dynamic range with photos coming underwhelming and dark in most situations. HDR mode did help the camera capture the scene better and bring out the details. But it also came with increased sharpening in the images giving it an artificial look. Last but not the least, final pictures lacked any texture or details and looked like flat paintings.

Again, this is not limited to photos shot in low light but extends to the photos shot in sufficient daylight. To its credit, the HDR mode is good-enough to bring a lot of detail and colours in the scene when compared to a normal shot.

Panasonic has added a massive 4,000 mAh battery to ensure that the phone has an impressive battery life. The smartphone lasted a day for me on moderate usage, which included gaming for an hour or so, three email accounts syncing, constant emailing, WhatsApp messages, 10-20 photos and listening to music for 30-45 minutes at a stretch. The device lasted 9 hours and 45 minutes during the PCMark for Android Work 2.0 battery test, reaffirming that the battery performance in the device is good.

Panasonic has created a decent phone which needs improvement in camera department. The performance is not up to the same level as competition in this price range. However, despite its attempt to compete in the price-segment, the competition simply offers much better hardware with better software optimisation. The company needs to improve its offering to figure as a real competitor and improve its stand-out features like Arbo because Google Assistant beats it hands-down when it comes to smarts. The Panasonic Eluga A3 Pro features a 5.2-inch HD IPS display with a resolution of 1280 x 720 pixels and is powered by a 1.3GHz octa core processor and has 3GB of RAM. It comes with 32GB of inbuilt storage, expandable upto 128GB and has a 13.0-megapixel rear camera and 8.0-megapixel front camera. It comes with Android 7.0 Nougat OS and support a 4000mAh battery capacity with 3G & 4G.

Panasonic introduces ELUGA I3 phablet in India at Rs 9,290