This laptop is as close to perfect as I can expect a gaming laptop to be. The best gaming laptop yet.

I’m not going to mince words here. If you’re looking for the very best, top-of-the-line, feature-packed gaming laptop you can have right now, there's nothing better than the MSI GE75 Raider 8SG.

These unique attributes are mostly a result of timing and competitors will eventually catch up, but don’t let that take anything away from the MSI GE75 Raider 8SG. This is one heck of a laptop that I’d happily recommend to any gamer.

What makes this laptop special? Its beating heart: the all-powerful Nvidia GeForce RTX 2080 graphics chip, which is, at the moment, the most powerful laptop GPU in the world. But again, it’s not just the choice of GPU that sets this laptop apart. For your money — Rs 2,49,990 — you get a gorgeous 17.3-inch 144 Hz display, excellent audio, a powerful CPU, fast storage and a plethora of ports. 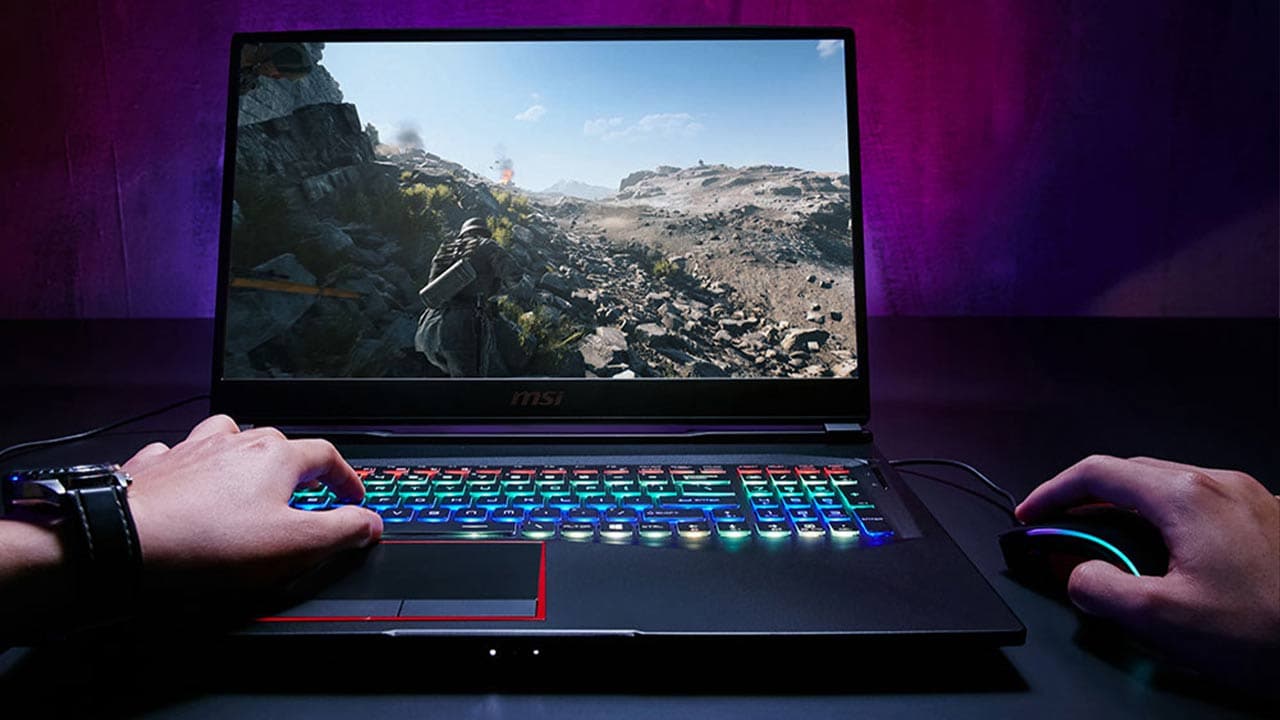 The laptop is packing in some of the best gaming hardware around.

Barring a slight issue of overheating under the keyboard, this laptop is as close to perfect as I can expect a gaming laptop to be.

Let’s start with the specs. MSI’s packed in an Intel Core i7-8750H CPU (6 cores), an RTX 2080 GPU, a 1 TB NVMe SSD and a 1 TB HDD, that 17.3-inch 144 Hz FHD display, and 16 GB of DDR4 RAM. As a unit, this hardware knocks the socks off every laptop we’ve ever tested in the past. Sure, some dual GPU monsters will beat the GE75, but those devices are so large they might as well be desktop PCs. And that’s another thing about this laptop. It is powerful, but it’s definitely not oversized.

It’s not just the internals that are great. The laptop is quite the looker as well. It’s all black and red, which won’t excite much comment, but it's pleasant to look at and gives off "I'm a gamer" vibes without being too overt. You also have that shiny, almost exquisite, MSI Dragon logo on the lid. The keyboard and its shiny RGB lighting is just an added bonus.

Performance: The very best, for now

As expected, performance is spectacular. My main concern with all gaming laptops is thermal throttling. CPUs and GPUs in a desktop PC usually have a lot of breathing room for heat dissipation. Essentially, if a gaming laptop cannot effectively dissipate heat, it cannot stretch its legs and gaming will suffer.

The MSI GE75 has no such limitations. Games ran beautifully, and as expected from the world’s most powerful mobile GPU (currently), they ran very smoothly as well.

I saw frame rates in excess of 100 at max settings at FHD in games like Rise of the Tomb Raider, Doom and Far Cry 5. This dropped to about 80 in Shadow of the Tomb Raider and hovered around 60 in Metro Exodus, but this is at maximum possible settings and in the case of Exodus, with RTX on. It’s nothing to snigger at.

Speaking of RTX, I spent most of my time playing Metro Exodus, which had only just released. RTX in this case refers to Nvidia’s branding for GPUs that support ‘ray-tracing’, a technique for generating photo-realistic lighting effects in games. It’s very heavy on a system and there are currently only a handful of (really expensive) graphics cards supporting the feature.

Metro Exodus takes full advantage of RTX features. The MSI GE75, being as powerful as it is, gives you the luxury of simply powering up the game, hitting ‘Ultra’ quality and playing. You don’t waste time tweaking settings and fine-tuning performance.

I spent most of my weekend playing Exodus in what was, essentially, two 8-hr gaming sessions. The laptop held up like a champ and the game didn’t stutter even once. 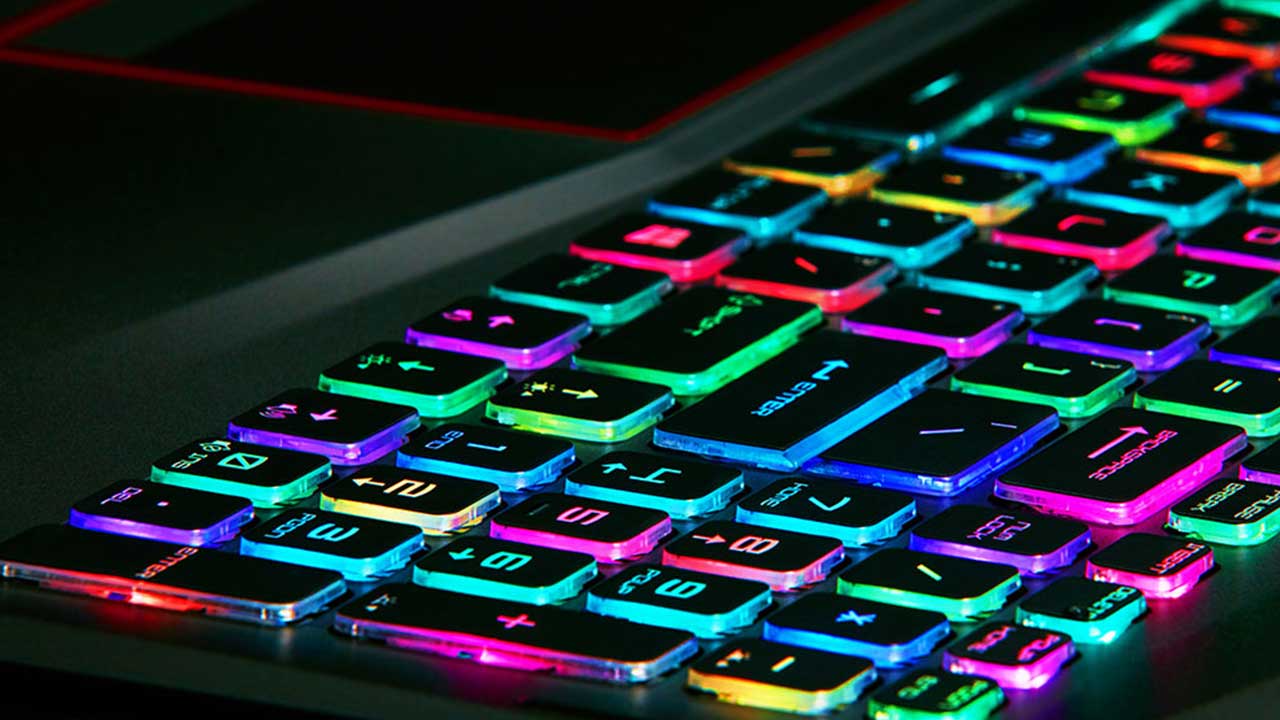 The laptop's keyboard is backlit by RGB lighting.

The fans do get loud when gaming – quite loud, in fact – but I was playing with headphones and never noticed. The speakers themselves are otherwise very pleasant and loud. They’re not loud enough to completely drown out fan noise when gaming, but they’re easily loud enough to enjoy the occasional Netflix show or YouTube video.

The one thing that you do notice is that a certain portion of the keyboard, under those all-important ‘WSAD’ keys, gets uncomfortably warm. My index finger in particular, which rests on the ‘D’ key, would get so warm that I’d avoid touching the ‘D’ key when I could.

Being a gaming laptop, battery life is expectedly atrocious. On average I think I managed to eke out about 90 minutes to two hours of usage on a single charge on a regular work day. Gaming on battery is simply not recommended.

While you’ll find most Ultrabooks opting for high resolution displays (2k, 4k, and beyond), the FHD resolution that MSI has opted for is perfect for gaming, especially when paired with that 144 Hz refresh rate. The Full HD, 144 Hz display is perfect for gamers.

For gamers, the ability to ‘see’ the action is more important than pixel-peeping. Regular displays – with a 60 Hz refresh rate – will induce blur because the display can’t keep up with the action. The faster 144 Hz display gives you an edge. A relatively lower resolution of FHD also means that the system is under less stress and that you actually get those high frame rates.

That 17.3-inch size is also perfect because it fills your field of view at the range at which you'll be gaming on it.

The display also appears to be colour-accurate and adequately bright.

Software: Windows is a let-down

It’s important that hardware as good as this be paired with great software. Unfortunately, Microsoft didn’t play ball during the testing period. Some random Windows 10 update completely bogged down the system, rendering games virtually unplayable for several days. I had to spend hours troubleshooting the system to determine the root cause and even reinstalling Windows several times didn’t help. 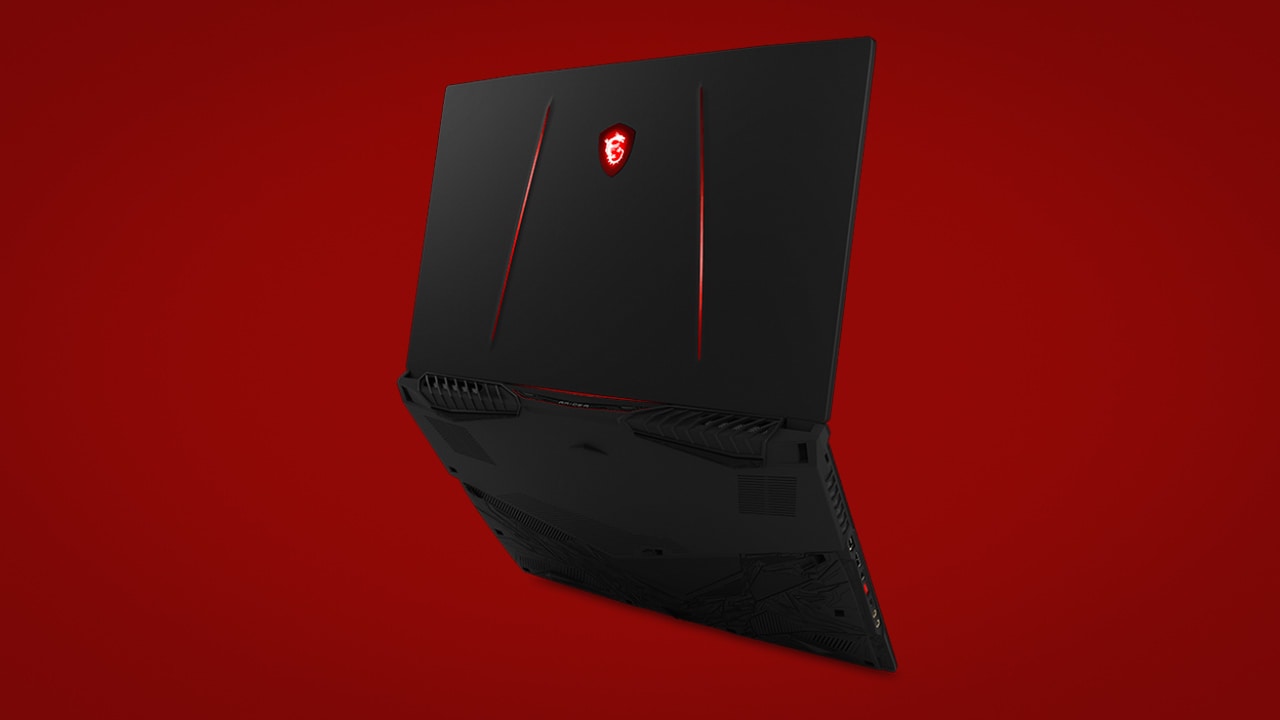 The GE75 is surprisingly light and portable for a device that's this powerful.

Bottom line: If you’re having performance issues, you first need to check if it’s Windows that’s acting up.

MSI includes a bunch of tools like Nahimic (for positional audio indicators), utilities for managing lighting and an app for monitoring temperatures and overclocking. These utilities are very useful if you know what you’re doing and don’t seem to impact system performance.

Verdict: The best gaming laptop yet

I've said it before and I’m saying it again, the MSI GE75 Raider 8SG is the best gaming laptop we’ve tested yet. This is not a machine that will hold you back in the slightest.

Personally, I’d still rather spend that money on a proper gaming PC, but if I had to opt for a laptop, this is the one go for.

OnePlus 8 Review: A good phone that dents your bank balance a bit more than it should