It's powerful, has great battery life, it's well built, and it gets the basics right. It's powerful, has great battery life, it's well built, and it gets the basics right. It's also reasonably priced.

Finding a gaming laptop in any budget isn't that hard. Picking the right one is. Between the plethora of features and a fair amount of marketing mumbo-jumbo, not to mention the multitude of CPU-GPU choices, it's nearly impossible for a layman to pick the right combo.

Well, the ASUS ROG Zephyrus GA502D, I think, makes that choice very easy. If you have a budget of around Rs 1,00,000, there's little else to recommend.

When it comes to display quality, you need to keep an eye out for two things: Pixel density and colour accuracy. For a gaming laptop, you also need to consider refresh rate.

In terms of colour accuracy, the GA502's display isn't exactly the best. Or rather, colour accuracy is fine, it's just that it's not showing so many colours to begin with.

The average monitor is expected to display a certain range of colours in something called sRGB. It's an industry-standard colour profile that defines the range of colours a monitor displays. Where a decent PC/laptop monitor will manage 90-100 percent sRGB (iPhones and Galaxy phones manage 150 percent), the Zephyrus only manages 57 percent. 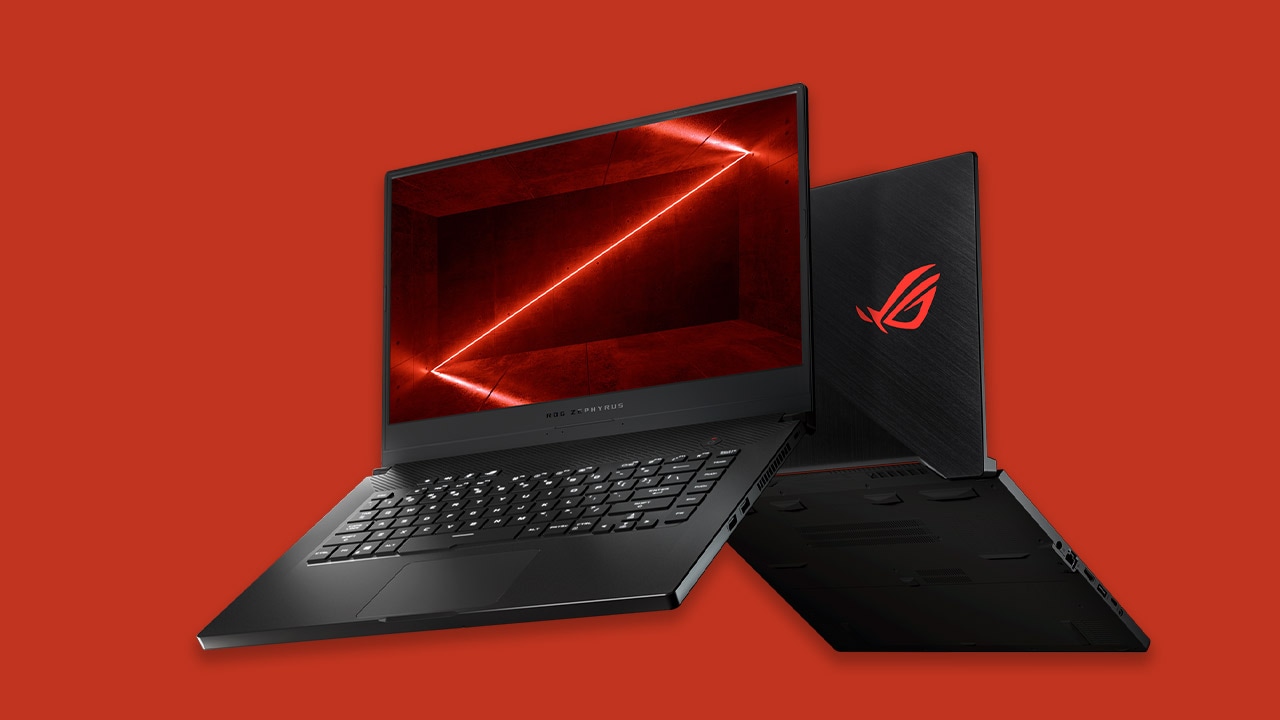 The Zephyrus is excellent value at its price.

This relatively low colour range means that it is sometimes hard to spot opponents in competitive games in densely populated maps, and it can get a little frustrating if you're a highly competitive player.

This is a downer, but it's also not too big a deal because few monitors in this price range offer more than 60 percent sRGB coverage to begin with.

What this monitor does offer, though, is a 120-Hz refresh rate. Action on the screen will be smoother and clearer and if you play competitively, you'll never be able to go back to a regular display. This alone should make up for the average colour gamut.

At 880:1, the contrast ratio is very good for a display in its class. The brightness of around 220 nits is a bit on the lower side, but it's more than enough for indoor use.

The FHD resolution of 1920x1080 is perfect for gaming. Higher resolutions can be found on some laptops, but if you're a gamer, higher refresh is far more useful.

The choice of GPU is excellent. It's a 1660 Ti from Nvidia and is perfectly suited for this price bracket. The card is powerful enough to give you 60 fps gameplay at med-high settings in all but the most demanding of games. And this is more than enough power for competitive titles like CS: GO, DOTA 2 and PUBG.

The chart below has specifics.

While I'd normally expect to see a mid-range Intel laptop CPU with such a laptop, the choice of AMD, a line that's been virtually non-existent in the laptop space this past decade, was surprising, and intriguing.

AMD has always had a reputation for making inefficient, hot CPUs that drain laptop batteries at a vicious rate. The new Zen architecture has been promising a lot, but this is the first time I'm seeing it in action on a laptop. And boy does it deliver.

Comparable Intel CPUs still have an edge in purely CPU-bound tasks like 3D rendering and video conversion, but in gaming, there's no noticeable difference in performance. More importantly, AMD is delivering this performance while offering nearly twice the battery life.

In my testing, the laptop managed to last about 4.5 hrs in the PCMark 8 battery life test. This is exceptional for an Ultrabook, let alone a gaming machine. Similarly specced Intel machines barely manage 90 minutes. The good ones survive 2.5 hrs.

On a more cautionary note, don't opt for this laptop if you're considering video editing and rendering. While gaming performance is good, it's about 30-40 percent slower than comparable Intel laptops.

It's not for creators

A 4.5-minute video render at 1080p in Premiere Pro took 6.5 minutes on the GA502. A low power Intel U-series CPU can manage the same in 4.5 minutes. It's also no fun editing videos while on battery power because performance tanks. Dropped frames and barely tolerable playback speeds are the norm.

Also, the smaller colour gamut means that colour corrections are out. You can't fix something you can't see.

Build quality to match the performance

Specs aside, the laptop is very well built and looks like it'll survive a mild battering. While there's a lot of plastic, the quality and finish of the material mean that the device doesn't look cheap. It also feels quite sturdy and I'd be comfortable lugging it around in a backpack.

If you're looking for a gaming laptop in this price range, don't think twice, just pick up the GA502.

It's powerful, has great battery life, it's well built, and it gets the basics right. It's also reasonably priced. What's not to like?

Poco X3 Pro Review: A sportscar engine in the body of a minivan