JBL Endurance is certainly quite a good pair of earphones if you are into sport-like activities. JBL Endurance Jump is a waterproof Bluetooth earphone that doesn’t fall off, perfect for those who go on a run, gym or perform sports activities.

Sports earphones aren’t such a popular category, only a few known brands deliver earphones that are specifically meant for vigorous sports activities. JBL Endurance Jump is one of them along with its line-up which caters to different activities such as JBL Endurance DIVE for swimming. 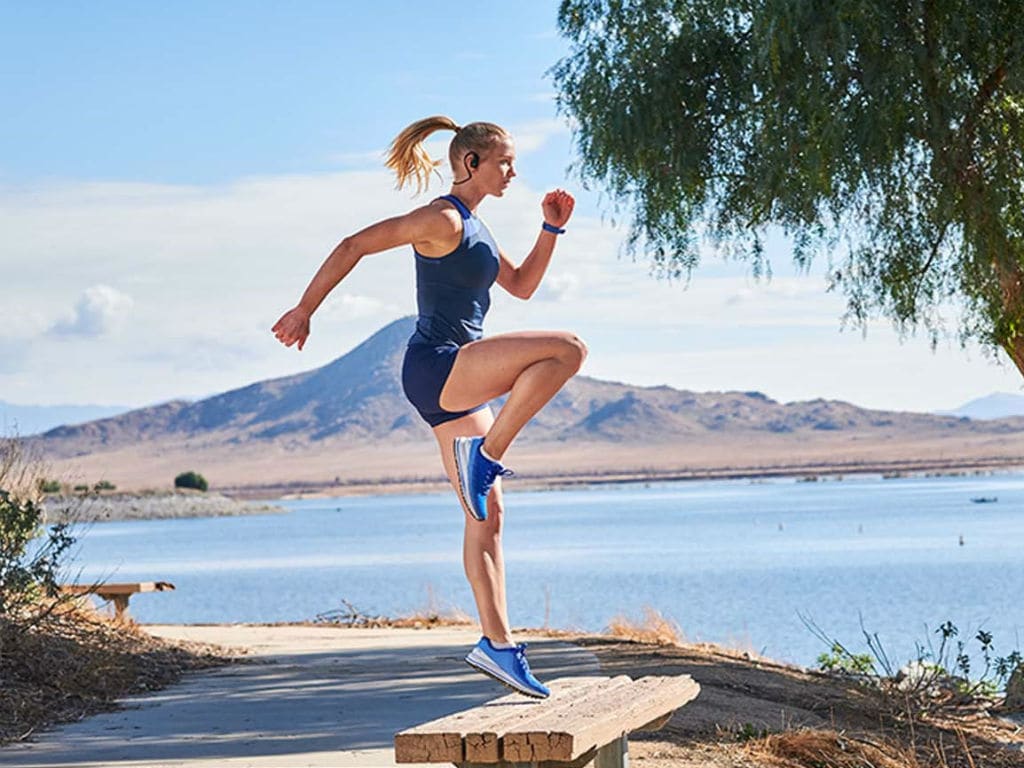 Being a total retro music fan, JBL Endurance Jump brings to mind Van Halen’s popular song Jump being played over and over in my mind. Let’s see if these earphones really can endure jumps, squats and other physically vigorous activities without falling off.

Sports earphones, in general, aren’t as intuitive as regular earphones when wearing them. I certainly fumbled with JBL Endurance Jump till I saw how it is to be worn correctly. 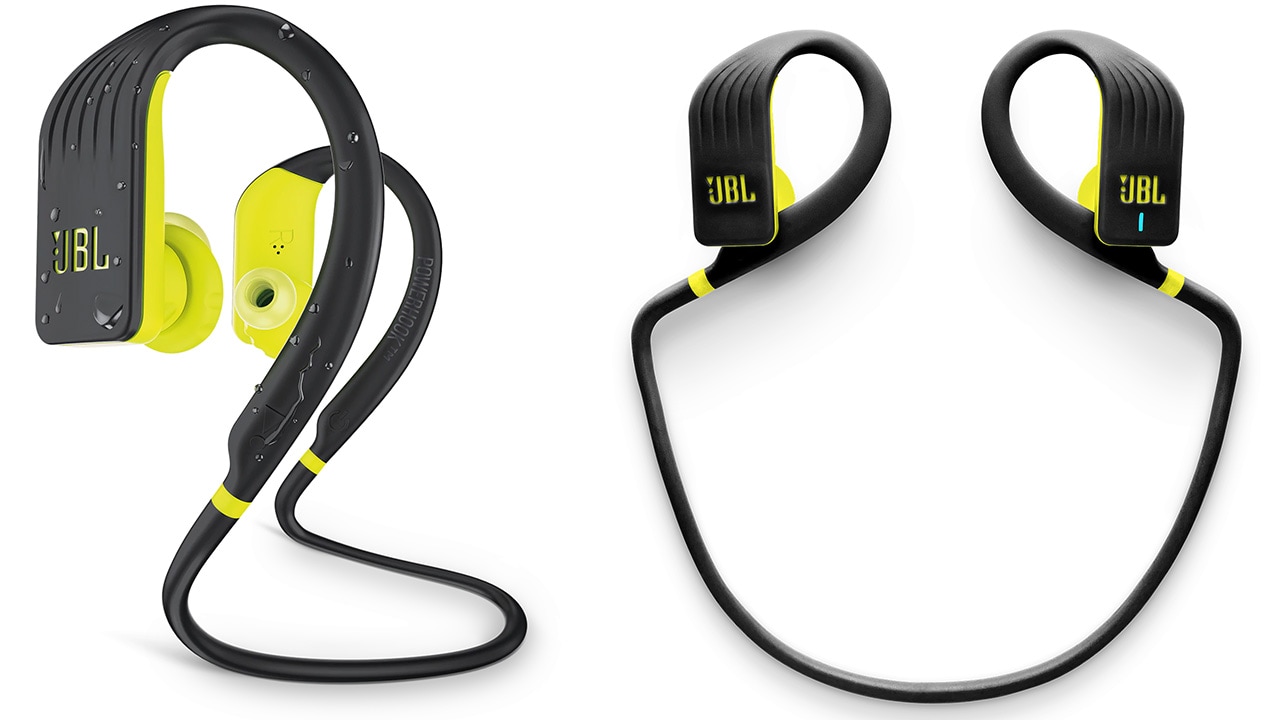 JBL’s Never hurt, Never fall out TwistLock and FlexSoft technologies, ensure that the earphones keep in your ears no matter what, whether you go for a run, in the gym or vigorous activities outside. JBL Endurance Jump needs to be worn correctly for the snug fit.

Caution: These earphones really are a snug fit if you learn how to adjust them to your ears. This also means that your ears would be completely sealed with passive noise cancellation and audio playing through your ears which can get very dangerous when crossing the road.

The Endurance Jump earphones are IPX7 waterproof, meaning it can withstand water up to 1m for 30 minutes. So rain would certainly not be an issue, however, perspiration is another matter. Although the brand doesn’t speak about it, expect some level of protection from it.

One of the coolest features in JBL Endurance Jump is the tap/touch control system to take a call and disconnect giving a very Star Trek Next Generation vibe to it (Starfleet communicator badge). The same touch controls can be used for music control such as play/pause, volume up/down. 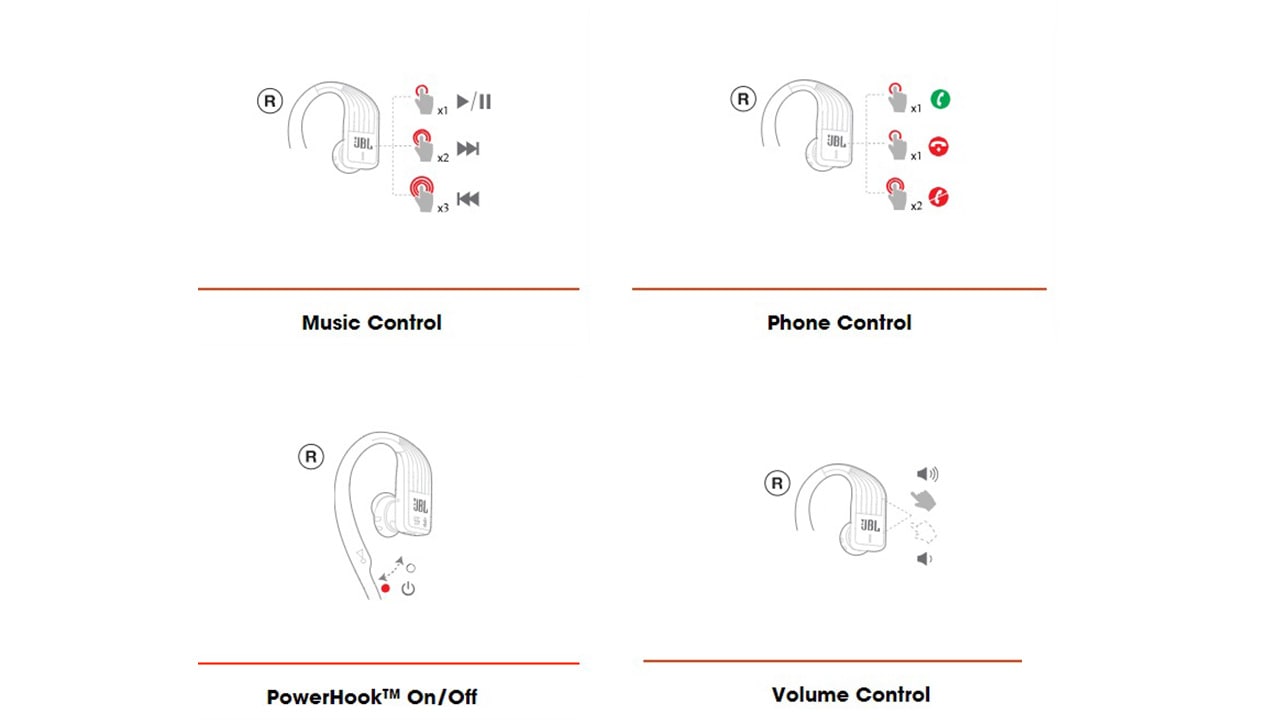 All the controls you need to know.

While it makes perfect sense to have the control in the earphone and yes it is cool no doubt, it does have a downside – accidental taps. Several times when adjusting the earphones during a workout (no the earphones don’t stick like glue) or trying to change the track, the music would pause or I’d inadvertently change the track, worse is when fumbling to change the volume. While annoying no doubt, it also means the user will have to train himself with the nuances of JBL’s Endurance Jump control. The bass is certainly bumped up in these earphones, this honestly is perfect when exercising or running as one can really sync with the rhythm even if the mind has consciously turned off or drifted into another zone. At the same time when listening to music, the earphones do feel bassy and tend to overpower the other frequencies but not as much as SennheiserCX 3.00 bass heavy earphones.

The pronounced bass does eat into the mids, they lack the sharpness in them. For example in hard rock, the snare drum sounded bassy and loose. The treble too lacks the crispness and sharpness. That being said, fiddling with the EQ considerably improved the sound.

These are not a listeners’ earphones, it lacks the clarity, balance and the nuances of sound that a serious listener would want, and at the same time, it isn’t trying to be that. This a budget sports earphone with capable sound and delivers on that well.

Battery: 8/10
Expect the earphones to last less than 8 hours depending on volume level. The most useful and thoughtful feature of a sports earphone is that in just 10 minutes you can power your earphones for an hour of use, perfect for workout, walk or run.

The call quality is average at best. Other than the usual Bluetooth blues of low voice and the voice sounding distorted with “under the water” effect, the main issue is that the mic placement faces the back of the user’s head which effectively meant the mic caught other noises around me a lot more than my voice. Clearly disappointing.

The design doesn’t lend itself to have a separate mic placement, however, the mic pointing the front and below perhaps would have helped a lot more.

JBL Endurance is certainly quite a good pair of earphones if you are into sport-like activities. It has a safe stay-on design and waterproof. You can buy these for Rs.4000 approx (street price) directly from the JBL site itself.

If you prefer wired audio for sports activities, Sennheiser PMX 686 (full review) comes to mind which is around the same price, a little better sound though the fit isn’t as snug nor comfortable.