iFFALCON 32F2A is an affordable Android TV with a great feature set for its price. A few weeks ago, we reviewed the Onida Google Certified Ultra HD Android TV that boasted of a pure Android experience, a 4K panel and built-in Chromecast support. Today, we have a modest offering from the TCL sub-brand iFFALCON, which claims to offer most of the features that the Onida did (barring the high-res panel) at almost one-third of its asking price. Currently, this is the most affordable Certified Android TV we've seen.

Let's see if this iFFALCON can actually soar.

The iFFALCON 32F2A sports a simple yet elegant all-black design with narrow bezels running along the four sides of the 32-inch screen. The subtly textured bottom bezel that bears the company logo and power LED breaks the monotony without attracting undue attention. The entire construction is made out of plastic but doesn’t feel cheap. Given its price tag, there’s absolutely no reason to complain about the design. Also, the TV isn’t bulky at all and surprisingly light; not that you are going to lift it too often. Just sharing an observation. 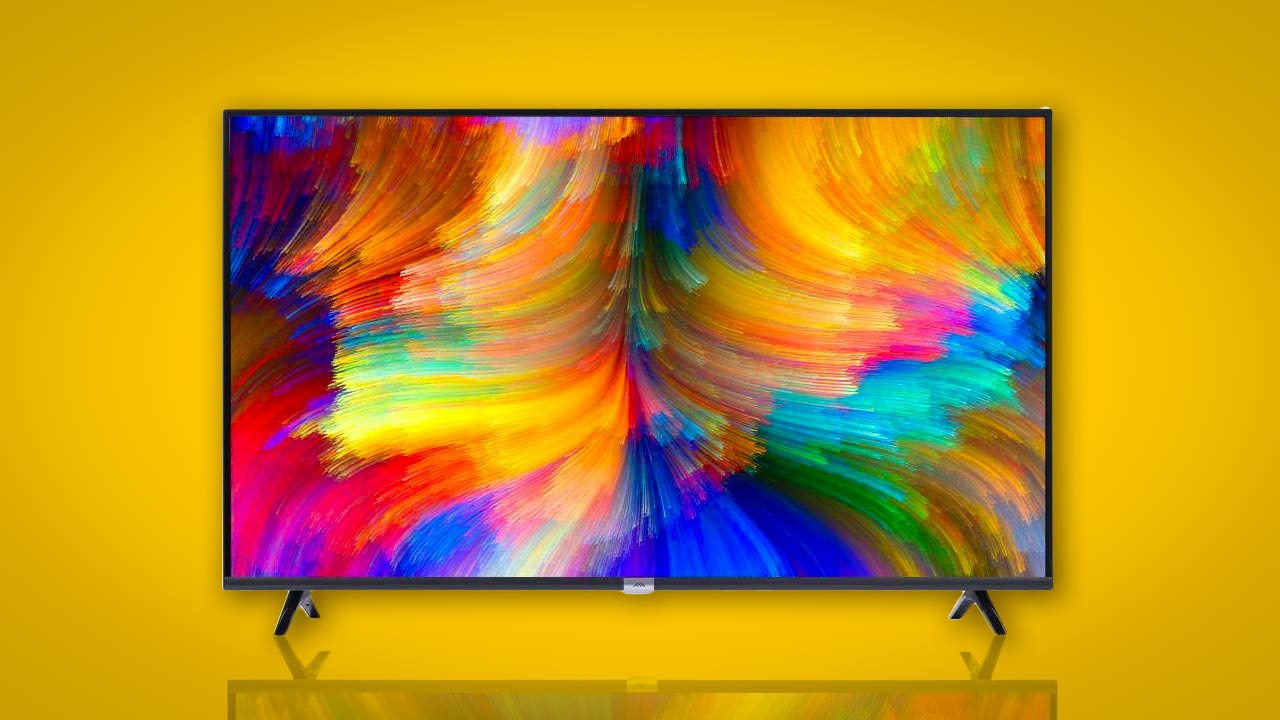 The TV sports a simple yet elegant design.

The TV can be wall-mounted or placed on a desk using the bundled stands. The pair of plastic stands with a skid-proof base do a good job of holding the TV firmly in place. One good part here is that all the input/output ports are placed on the side panel rather than below the TV, making them a lot easier to reach as opposed to most TVs that have some of them at the bottom. That’s a smart design decision.

The iFFALCON 32F2A has a 32-inch screen with a resolution of 1366 x 768 pixels and direct LED backlighting. The company claims that the panel supports micro-dimming with 512 separate zones that adjust the brightness and contrast individually. You don’t get an IPS panel here but then there’s hardly any Smart TV in this price bracket that comes with one. It claims to be HDR10 compliant though. A pair of stereo speakers manage to deliver 16 W RMS audio output.

Being a certified Android TV, it runs Android 8.0 Oreo with stock UI and has Google Play Store preinstalled and Chromecast built-in. The TV is powered by a quad-core processor with 1.5 GB RAM and 8GB of internal storage, a chunk of which is taken up by the OS. The specifications look modest but there was no noticeable lag during my testing. Since the TV has built-in Chromecast, it lets you cast videos from supported apps like YouTube, Hotstar, Sony LIV and many more. The only thing you need to ensure is that your phone/tablet and TV are on the same Wi-Fi network. This iFFALCON TV is Netflix compliant too right out of the box. Being a certified Android TV design means that you get a very nice UI and plenty of apps to choose from.

The company has bundled two wireless remote controls with this TV, one of which can accept voice commands. Two pairs of AAA batteries are included in the package. The build quality of both remotes is excellent. The primary remote has all the necessary controls for the TV along with a dedicated key for Netflix. The second remote is much smaller but heavier as it flaunts a metal body. It has far fewer buttons but is fairly self-sufficient and allows you to perform all the key functions of this smart TV without the need for the other remote. It is voice-enabled and lets you use the Google Voice Search feature.

This remote has a dedicated key for Netflix too along with one to bring up Google Assistant. For the first time, you need to configure it by keeping the remote less than a metre away from the TV and pressing the necessary keys as displayed on the screen. Post that you can simply press the key to bring up the Assistant and then ask it to do your bidding.

You don’t get a massive spread of connectivity options here but all the necessary ones are present and a surprise too. You get 2x HDMI ports, 1x USB port, 1x RJ45 LAN port, 1x A/V in (the necessary cable is bundled) and a headphone out. One of the HDMI ports also supports ARC. The company has also provided you with optical audio out, something I did not expect in a budget TV like this. Well done! While the company has been generous on that front, it has skimped out on the number of certain basic ports. While the variety of ports is commendable, an additional HDMI and USB port would have been nice.

It may not be a deal breaker in this case, but I would have preferred to see an extra HDMI and USB port each, given the number of devices we plug into the TV these days. Some of its competitors like Xiaomi and Thomson do provide the extra ports. Strangely, the 32F2A’s predecessor (32F2) has 3 HDMI and 2 USB ports; the company should have persisted with it here too.

Moving on, like all smart TVs, this iFFALCON TV has built-in Wi-Fi and connects at 2.4 GHz.

The features and connectivity options are all fine, but they count for nothing if the picture quality isn’t any good. So how good does the picture look on this TV? Simple answer: above average. This is a HD ready TV so I wasn’t expecting any miracles, and there were none. Let me elaborate. The colour reproduction is good and colours feel natural in most cases but the contrast is not the best I have seen. It tends to lose out on a lot of detail in darker areas, especially in high contrast scenes in some of my test videos. I have seen something similar before in budget TVs, so this doesn’t come as a surprise.

If you have a keen eye, the skin tone looks a little flat too on this screen, and no amount of adjustment could make it look perfect. Speaking of adjustments, unlike a lot of smart TVs these days, the iFFALCON 32F2A does let you adjust the picture settings. Though they aren’t as elaborate as in some older non-smart TVs, you get an option to tweak colour, sharpness, backlight and colour temperature in addition to picture presets. Having said all that, let’s not forget that this TV belongs to the sub-15K price bracket and its overall picture quality is more than acceptable in this budget.

The audio output is quite powerful here. It has a pair of stereo speakers that deliver a total output of 16 W RMS. Interestingly, it is way louder and clearer than most TVs that claim to deliver 20 W RMS sound. During the course of my testing, I never had to cross the halfway mark for volume. No flat screen TV delivers thumping bass and this iFFALCON is no different. Reproduction of other frequencies and sound clarity were more than satisfactory. 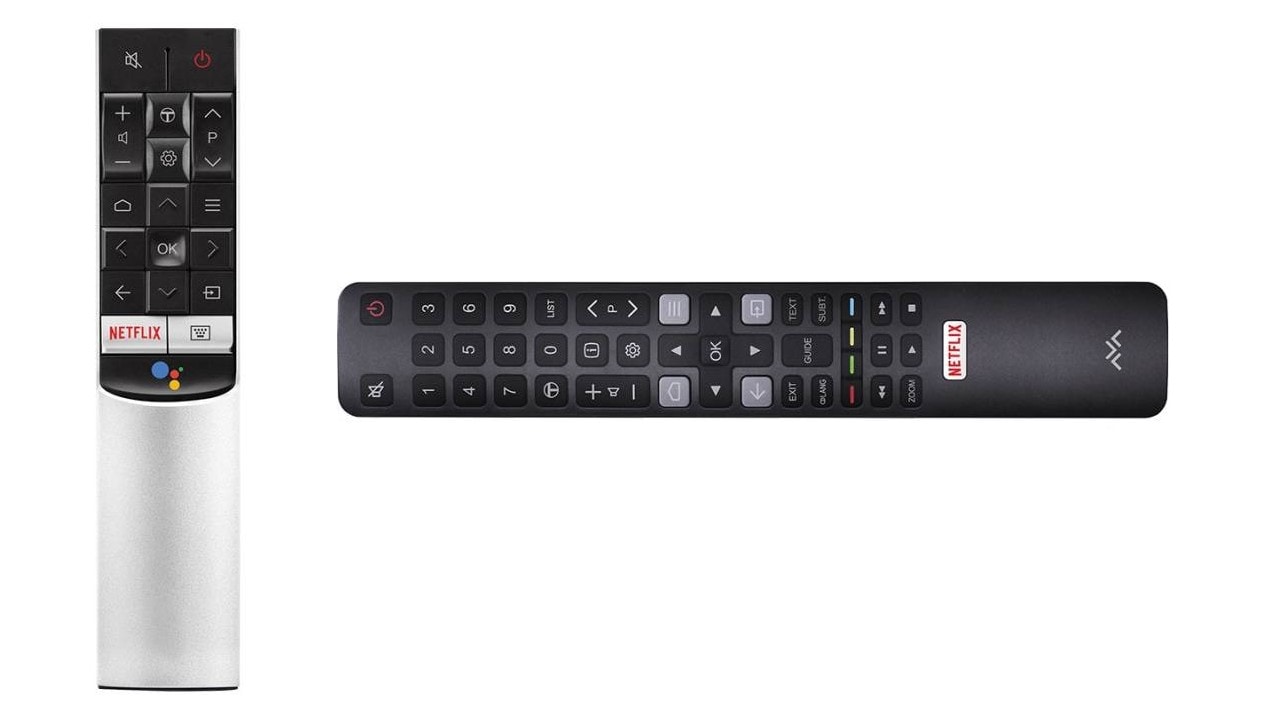 The remote even has a dedicated Netflix button.

There is one small issue though. Occasionally, the sound feels a bit tinny or metallic, but not all the time. Thankfully, as in the case of image quality, this TV provides you with sound adjustments too, including a 5-band equalizer that helps in getting over this drawback to an extent. Given the number of audio-out ports, you can always connect an external speaker or soundbar if you aren’t happy with the built-in speakers.

The first time when you switch on the TV from the mains, it takes about 50 seconds to boot up. After that, if you switch off the TV using the remote (put it on standby) and switch it back on, it barely takes 3 seconds to resume. Even better, if you are streaming a video in a particular app, say Hotstar, and you pause it and switch the TV off and on from the remote, it doesn’t shut the app or the video down. You can simply continue from where you left off. Now that's a proper standby mode, something I haven’t seen before in smart TVs and is a great feature to have. I hope this becomes a standard thing for all smart TVs going ahead.

Video file format support through USB is pretty good but limited to a full HD resolution. It played every file with various codecs I threw at it smoothly through its default player, except 4K videos. 4K video playback through USB would have been a good feature to have but I am not going to fuss about its absence on a 32-inch HD-ready display. You can control the playback using the bundled remotes but I noticed a small bug. The dedicated play and pause buttons on the main remote do not work when playing videos from USB, but the desired result can be achieved by pressing the OK button. However, those buttons function perfectly fine in streaming services like Netflix and Hotstar.

As I had mentioned earlier, this iFFALCON TV is Netflix compliant and each of the remotes has a dedicated button to start the app. Other than Amazon Prime Video, most of the streaming services worked fine on this TV. Barring Netflix and YouTube, apps for other streaming services are not preinstalled on the 32F2A, but you can easily do so from the Google Play Store that’s present right out of the box. And there’s Chromecast built-in too, so you can cast anything from compatible apps on your phone or tablet to this TV.

The iFFALCON 32F2A can be purchased on Flipkart for just Rs 12,499 with a one-year warranty. That is a great price for the plethora of features that this TV offers. And again, this is a certified Android TV and comes packed with all the perks one associates with the certification, perks like a smooth and clean UI, a recent version of Android, Play Store and Chromecast support, etc. And it’s Netflix-compliant too, something that its more illustrious counterparts cannot brag about. The picture quality is not spectacular, but it has to be looked at with the right perspective keeping the budget in mind, and at that price point, it is more than decent. All said and done, iFFALCON 32F2A offers great value for money and you get way more than what you pay for.