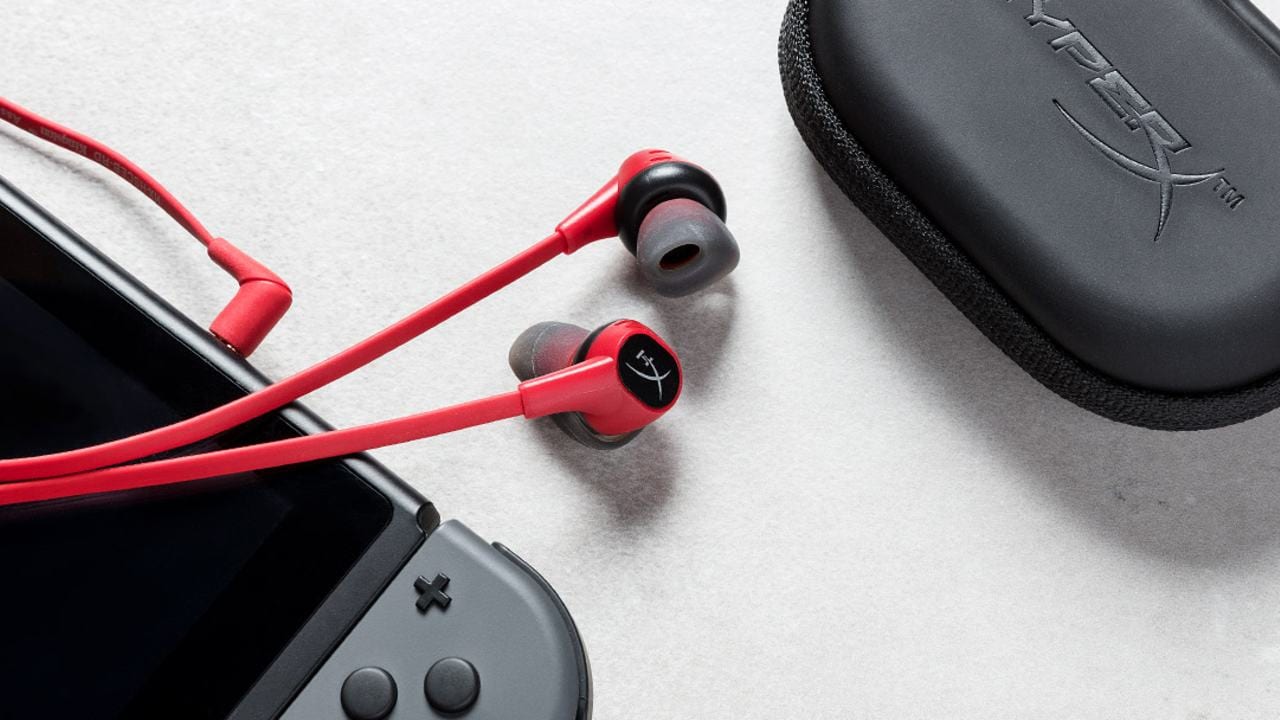 Expensive
Soundstage could be better

The HyperX Cloud Earbuds have a comfortable design with good build quality and impressive sound signature for gaming and music.

Kingston's gaming sub-brand, HyperX, has been making one of the best headphones for gaming in the form of the Cloud series. Its last headset that I'd used was the Cloud Alpha (review) and it's still among the best headphones available in the market. With hardcore mobile gaming picking up pace in the past few years, they decided to enter the in-ear monitors or earphones market with the HyperX Cloud Earbuds. Were they able to translate the success of the Cloud headphones into the earbuds? Well, almost. It's been almost a month of using the HyperX Cloud Earbuds and so far, I haven't come across anything to complain about. You can use any earphones out there to play your favourite games. However, if a company is branding its audio products with the "gaming" tag, then it has to do some tuning that enhances your gaming experience. HyperX has done this, instead of simply building a bass-heavy headset.

Comfort is crucial if you're a hardcore gamer. Heck, it's important even if you play casual games for an hour of commute. There are several earbud designs using different materials that try to go easy on your ears. Since everyone's anatomy is different, it's difficult to come across the best fit. Manufacturers pack eartips of various sizes to be inclusive and so does HyperX. Its design isn't the traditional one where the eartips enter deep into your ear cavity. Instead, it snugly sits over the ear cavity and doesn't create that uncomfortable vacuum inside your ears. The silicon eartips are of good quality and comfortable to the skin. Image: tech2/Abhijit Dey.

The eartips are made of good-quality silicon that doesn't feel cheap. However, the quality of the plastic body could have been way better. It doesn't give a premium feel at all. However, the body isn't flimsy and I've been using it without the included protective carry pouch. Even with rough usage, there haven't been any signs of weakness in its build. The gold plating on the 3.5 mm connector will extend the durability by preventing rust. The flat cables also add to the durability but I'd still recommend using the carry case for a longer lifespan. As I mentioned earlier, HyperX has tuned the Cloud Earbuds for gaming. The mids have been pushed up and the lows are enhanced slightly. So, it's kind of in the middle of being a warm and bright sound signature. In other words, voice chat is clear and in-game sounds like gunshots and explosions have a little weight to them. I'd have liked a little more bass to actually feel those gunshots but that would have meant sacrificing on the other parts of the audio spectrum. Footsteps also were clear enough and the headset does a good job in spatial sound. What this means is that stereo separation is done well and you will be able to make out the direction of gunfire or any kind of in-game sounds. The soundstage could have been wider to make it more immersive but it isn't too narrow to complain about.

In multiplayer games, communication is critical. I played a lot of Call of Duty: Mobile and PUBG Mobile with the headset. The microphone was clear and it does catch some ambient noise, so if people are speaking loudly around you, the mic will capture that. Over voice chat and calls, the sound was clear as well. There’s a slight reverb to voices so it doesn’t sound hollow or screechy. 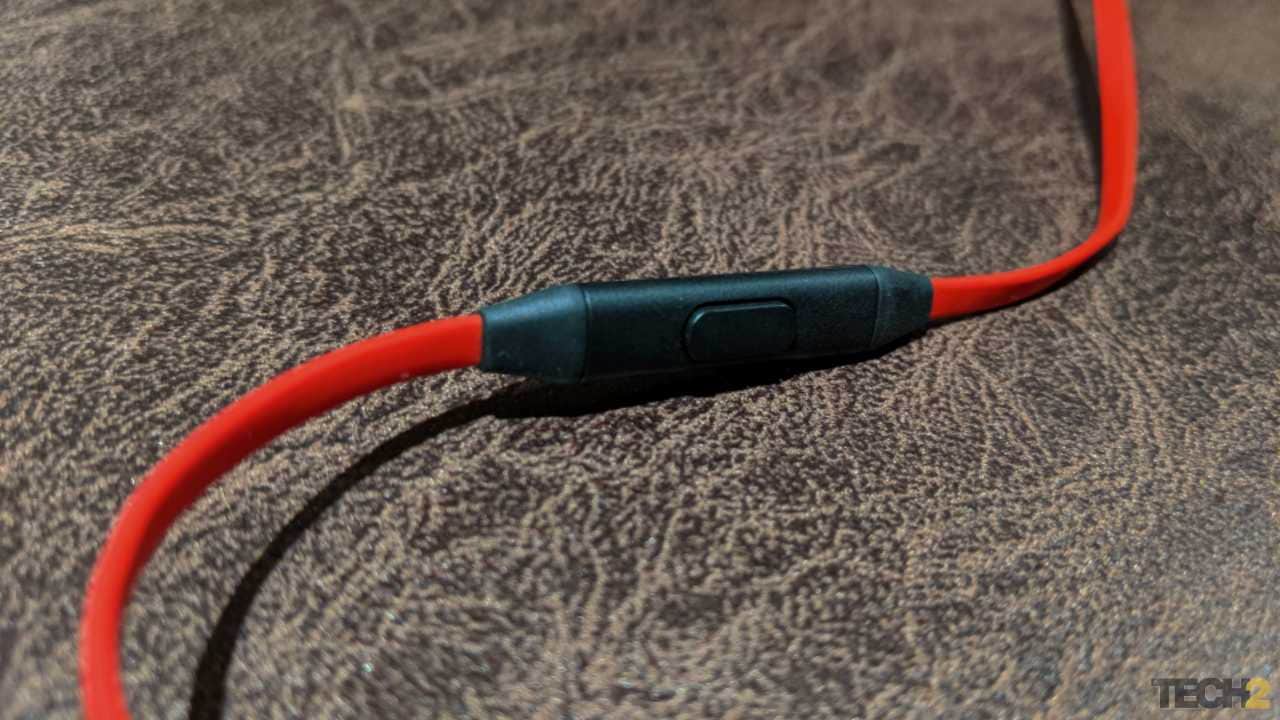 The microphone is clear for both online voice chat and calls. Image: tech2/Abhijit Dey.

Apart from gaming, the Cloud Earbuds are great for listening to music. If you aren't too picky or spoiled by exposure to really good headsets, you won't have any qualms. These headsets aren't bass-heavy for house and dance music. Nor does it reproduce the crisp and clear sounds of string instruments. It does well in the mids, hence, vocals sound nice and you will enjoy most of the songs from any music genre. For movies, especially action movies, the bass isn’t punchy enough. However, if you’re watching normal sitcoms or movies other than the action genre, you’ll be fine.

Verdict: Expensive for a wired headset

HyperX has managed to pull off something similar to what it had done with the Cloud series initially. Audio quality is impressive not just for gaming but for listening to music as well. The headset is comfortable for long gaming sessions with the flexibility of choosing different-sized eartips. Build quality is great that will last you for a couple of years but it could have been better. It comes with a protective carrying pouch. Image: tech2/Abhijit Dey.

The one thing that is concerning is the price of the headset. Launched at Rs 5,990 initially, you should be able to get it for around Rs 4.5k online. It’s expensive for a wired headset in this time since there are good-quality wireless headsets doing the rounds in the same price range.

The Cloud Earbuds came out last year in October (launched a few months later in India) and I’m not sure whether the company is planning a wireless version. Using the same sound signature with some enhancements in a wireless form will definitely be a worthy upgrade to this headset. However, HyperX needs to get the pricing right in India. If you’re really keen on getting the Cloud Earbuds, I’d recommend you to wait for a sale.