Dual-screen laptops are no longer science fiction, but they're still too early to go mainstream. To the right person, this dual-screen laptop can be a game-changer. For everyone else, it's just a party trick.

As with all revolutionary designs, the Asus ZenBook Duo presents a solution to a problem you never knew you had, to wit, a dual screen laptop.

If you're someone like me, who spends his days mucking about with multiple PCs and bemoans that fact that he's currently limited by his 27-inch, 2K 144 Hz display, the ZenBook Duo is a very intriguing proposition.

From the average Joe, this dual-screen device will elicit only one response: Why?

What is the ZenBook Duo?

The Asus ZenBook Duo (model UX481, in our case), is a regular laptop that has two screens. You get a regular 14-inch FHD display as your main screen, and a secondary 12.6-inch display that's about half the width of the primary display. 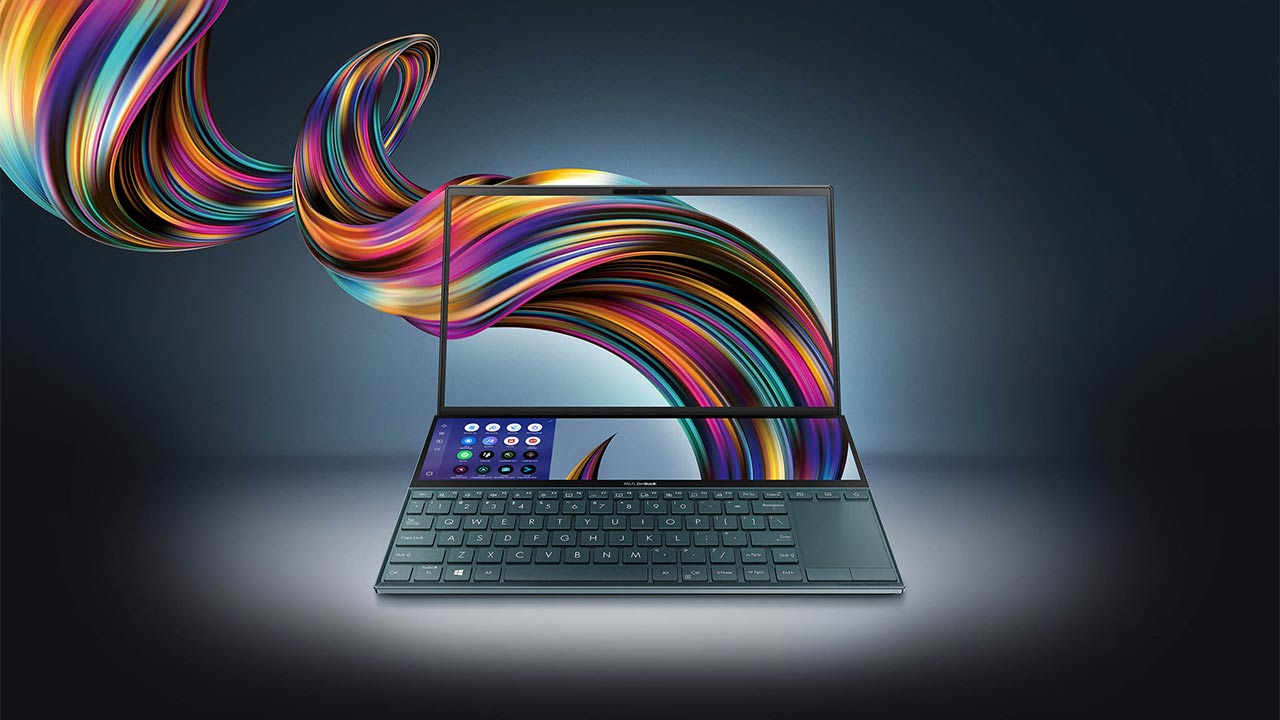 The ZenBook Duo is the first dual-screen laptop in India.

The second screen, called ScreenPad Plus, is a touchscreen unit that supports stylus input. The primary display doesn't support this.

You enough USB type-A and type-C ports so you can't complain about connectivity.

This ain't an Ultrabook

In a world filled with Ultrabooks, the Duo stands out for how fat it is. It's already quite a thick device, and enhancing this effect is the design of the display, which further raises the rear when the laptop is on a table. 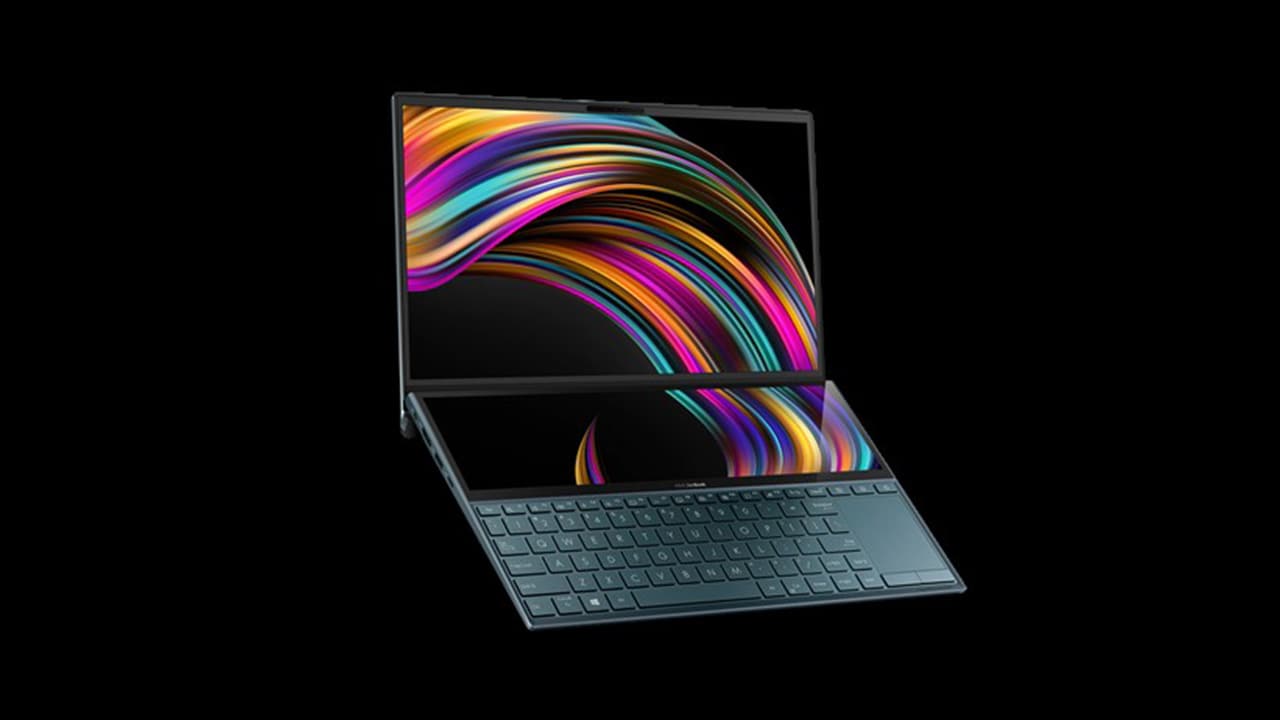 The dual-screen Duo is quite a thick laptop.

I initially found the design a bit silly, but on using the device for a bit, I realised it was necessary to position the secondary display more comfortably.

The ScreenPad Plus is placed below the main display, taking up the top half of the base of the laptop. This pushes the keyboard down and leaves no room for a traditional trackpad. Drawing a page from its Zephyrus line, Asus has instead placed the trackpad beside the keyboard, where it pulls double-duty as a pointing device and a touch-sensitive NumPad.

Since the keyboard has been pushed down, you do lose the palm rest, which means that the laptop can be rather uncomfortable to use on an aircraft or in a cab.

Dual-screens can be useful, but the tech isn't mature enough

To be perfectly honest, I initially thought that the ZenBook Duo was a gimmick. I mean, does anyone really need two screens on a laptop of all things? A few days with the device was enough to change my mind, however.

On any given day, my work involves juggling between a dozen different apps (Slack, WhatsApp, Telegram, Mail, Chrome, Word, Excel, Photoshop, FCPX/Premiere Pro,etc.), some of which are permanently open. Chrome alone has 18 pinned tabs and even while writing, I have to monitor Analytics and search trends.

This is a lot of juggling and is the reason I prefer working on multiple, high-resolution displays. If I'm working on a laptop, especially a Windows device (multiple desktops are easier to handle in macOS), I feel like I'm handicapped.

The ZenBook Duo was the first laptop I've used that felt freeing.

The second screen is detected within Windows as a second display rather than an input device. This means that you can comfortably drag and drop windows back and forth between the two displays.

Asus further streamlines this process by including shortcuts that allow you to quickly move apps, group apps for use on the second display, and allowing you to align apps in patterns.

At the press of a button, you could have, say Chrome and Photoshop open on your primary display while WhatsApp, Slack and Spotify populate the secondary one. 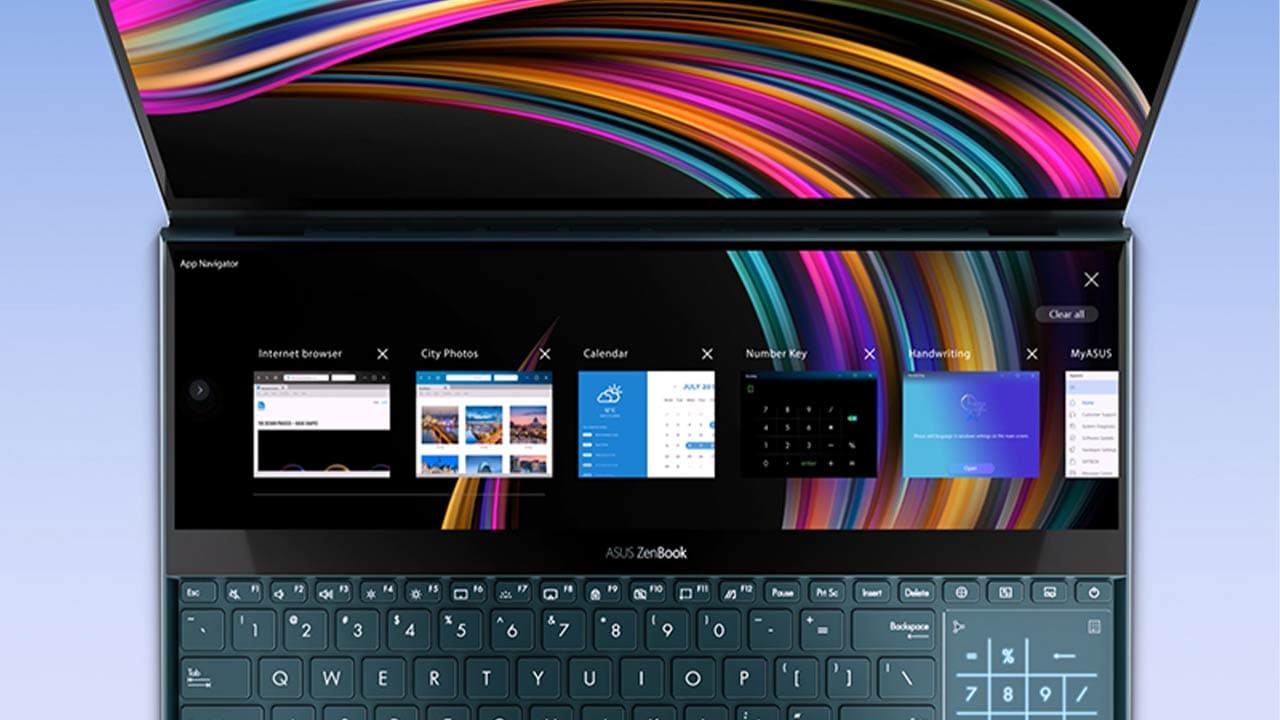 Dual-screen tech can make you very productive, but you need to learn the laptop's quirks first.

Things get even more interesting in an app like Photoshop, where you can have your panels populating the secondary display and your canvas on the primary one. Simply messing around with the display and experimenting with layouts was fun.

ScreenPad Plus can be very convenient, but only when you know what you're doing.

The problem here is Windows, which never remembers the placement of apps or even the display of choice. If you do something as normal as locking and unlocking the device, all your carefully arranged apps jump from the secondary display to the primary one. Moving them back is an additional step, a step that's all the more painful because aspect ratios can get messed up and the apps don't get restored properly.

Another complaint I have is that the secondary display's viewing angles aren't that great. The display looks washed out unless you're looking directly at it, and that doesn't help when you're responding to chat messages are attempting to read something.

Given that it's powered by an Intel Comet Lake CPU, and that it has enough RAM and SSD storage, the laptop feels fast and snappy.

On a side note, while Comet Lake is labelled as 10th Gen, its performance and features are very similar to Intel's 8th Gen CPUs. If you want true 10th Gen CPUs, you need to be looking for Intel Ice Lake CPUs with Iris Plus graphics.

The primary display is about average in terms of brightness and contrast ratio, but the secondary display has half the colour accuracy. As mentioned earlier, viewing angles are also a problem.

Verdict: A glimpse of the future, but nothing more

I love the idea of the ZenBook Duo and I'm excited for the future it represents. But I don't think that future is here yet. There are situations where a dual-screen ZenBook will shine, but I don't think you can take that decision without first trying the laptop yourself and understanding its quirks.

To top it off, it's not even Asus' fault. The included software for managing the second display is better than nothing, but till the day Microsoft releases a version of Windows that natively supports dual-screen displays, it's going to be a janky experience.

With Windows 10X already in the works, though, maybe that future isn't as far off as we think it is.

The Dual-Screened Kno Tablet Has Arrived