In the vast crowd of gaming laptops, the ASUS ROG Strix GL503VM Hero somehow manages to stand out. It's a surprisingly elegant machine. For PC gamers today, a gaming laptop is an increasingly viable option. With GPU prices shooting through the roof and portability increasingly becoming a deciding factor, there’s little option left.

To add to this, it’s also not easy to pick a gaming laptop. The market is flooded with options at every budget and everyone who’s anyone in the laptop space is coming up with a gaming laptop. In this vast crowd of laptops, the ASUS ROG Strix GL503VM Hero somehow manages to stand out.

It’s a powerful beast this, but more importantly, it’s a surprisingly elegant one. The build quality of the Hero is just as good as any other laptop we’ve seen in this price bracket. A combination of brushed aluminium and plastic make is standard fare in this price range.

The laptop is thick, as is to be expected from a  gaming laptop, and the ports are aligned on either side of the device. The keyboard is an RGB backlit one with a full-size numpad and dedicated volume controls. Again, standard fare.

We’ve seen all these features and this same design language on just about every gaming laptop we’ve tested, but somehow, the Hero manages to project an air of premium quality and materials.

It’s hard to put my finger on why exactly this is the case, but I think it just comes down to the quality of components used.

This being a “Hero” edition laptop, you get an interesting pattern on the lid, which sets it apart from the boring, featureless finishes that we’re used to seeing on gaming laptops.

The laptop looks and feels like an expensive gaming machine and is, I think, the only laptop I’ve tested that manages to pull this off. 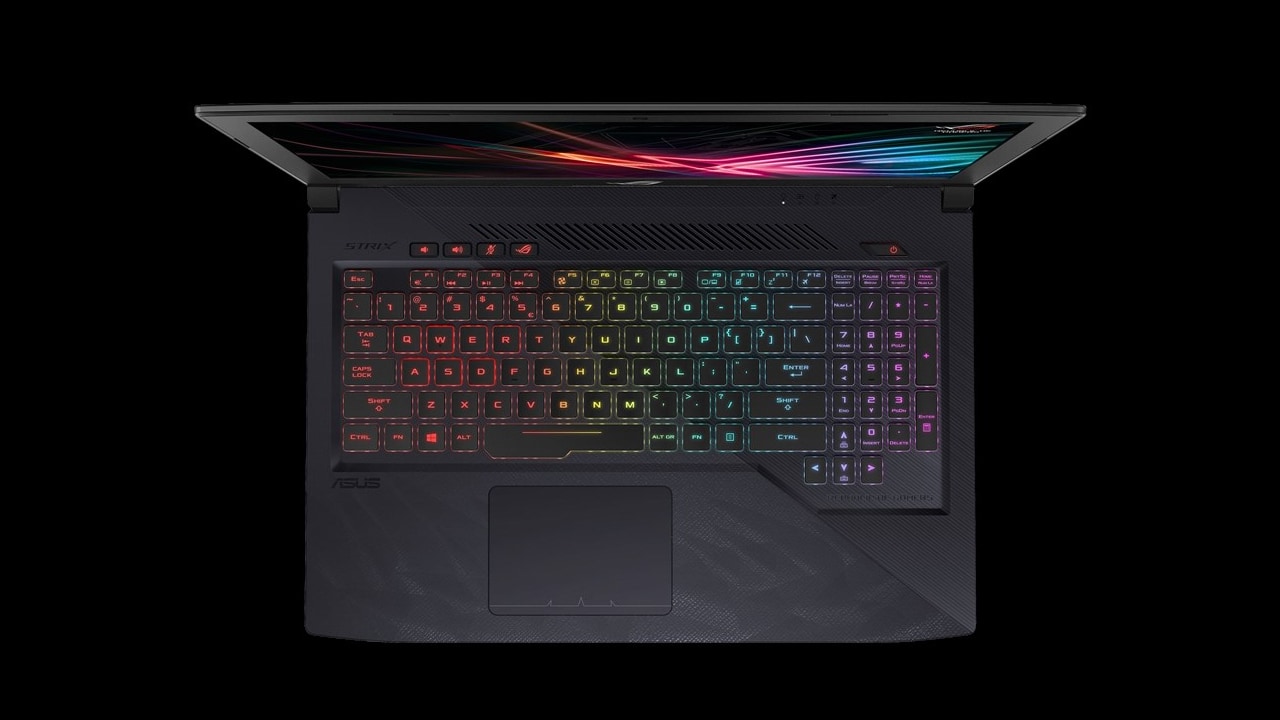 The keyboard is among the best I’ve used on a laptop. The keys have good travel, respond uniformly and accurately to taps and there was no wobble to the keys.

I especially liked the RGB backlighting, which is something of an ASUS signature now. The quality of the backlight is great and the design ensures that the lighting below individual keys is adequately diffused.

The trackpad is good and tracks precisely. This being a gaming laptop, you’re unlikely to be using it much anyway. 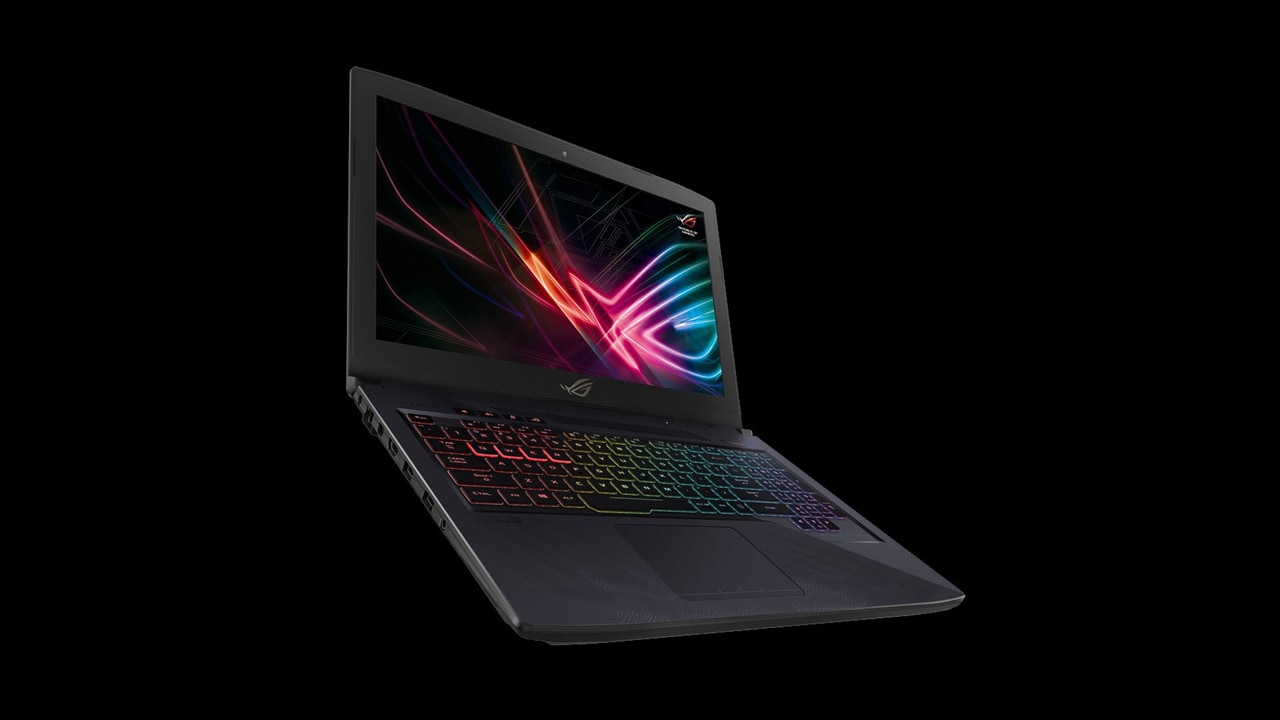 This is some excellent hardware, especially the 1060, which should ensure buttery-smooth gameplay at FHD resolutions. The display is accurate enough for gamers, but more importantly, it's very fast.

The 15.6-inch display on the hero is a 120 Hz unit with a native resolution of 1920x1080 pixels. This is a bright and sharp display that is also very fast. The 120 Hz option is also very welcome as it reduces lag and blurring in games.

On calibrating the display, we noted an sRGB rating of about 86 percent, a maximum brightness of 250 cd/m2 and a contrast ratio of 825:1 after calibration.

For a gaming display, this is far more than adequate and I enjoyed every minute I spent staring at that screen. The 120 Hz refresh helps immensely in fast-paced games and I can’t recommend it enough as a must-have option in gaming laptops.

I’m also glad that ASUS didn’t opt for a higher resolution display. Windows is awful at display scaling and as any gamer will tell you, FHD gaming at 120 Hz is far better than 4K gaming at 30 Hz.

The Hero steamrolls over any games you throw at it. As befitting an NVIDIA 1060-toting machine, the lowest framerates we saw at max settings were in their low forties, which we only saw in Ashes of the Singularity. Most other games we tested comfortably ran at well over 60 fps. Even Rise of the Tomb Raider, a notoriously heavy game, managed to run at a comfortable 57.5 fps average at the “Very High” preset.

The one slight niggle here is CPU performance. Its performance is about 10-15 percent lower than what we’ve seen on similarly specced machines, and this could come down to thermal throttling. Load temperatures easily touched 91 degrees Celsius.

Do note that pure CPU performance is not an indicator of overall performance. I’m just pointing it out for those who care.

Games don’t stress the CPU to such an extent and even CPU-intensive tasks like video encoding are a mere 10 percent slower than rivals.

While gaming, the fans do get loud, but that’s also good because frame-rates remain stable. Heat was also directed away from the keyboard and palm rest, making extended gaming sessions very comfortable as well.

Audio quality is another department where the Hero makes a good showing for itself. The sound has some body to it and doesn’t seem tinny. It’s not loud enough to make movie watching fun, but not loud enough to drown fan noise when gaming. 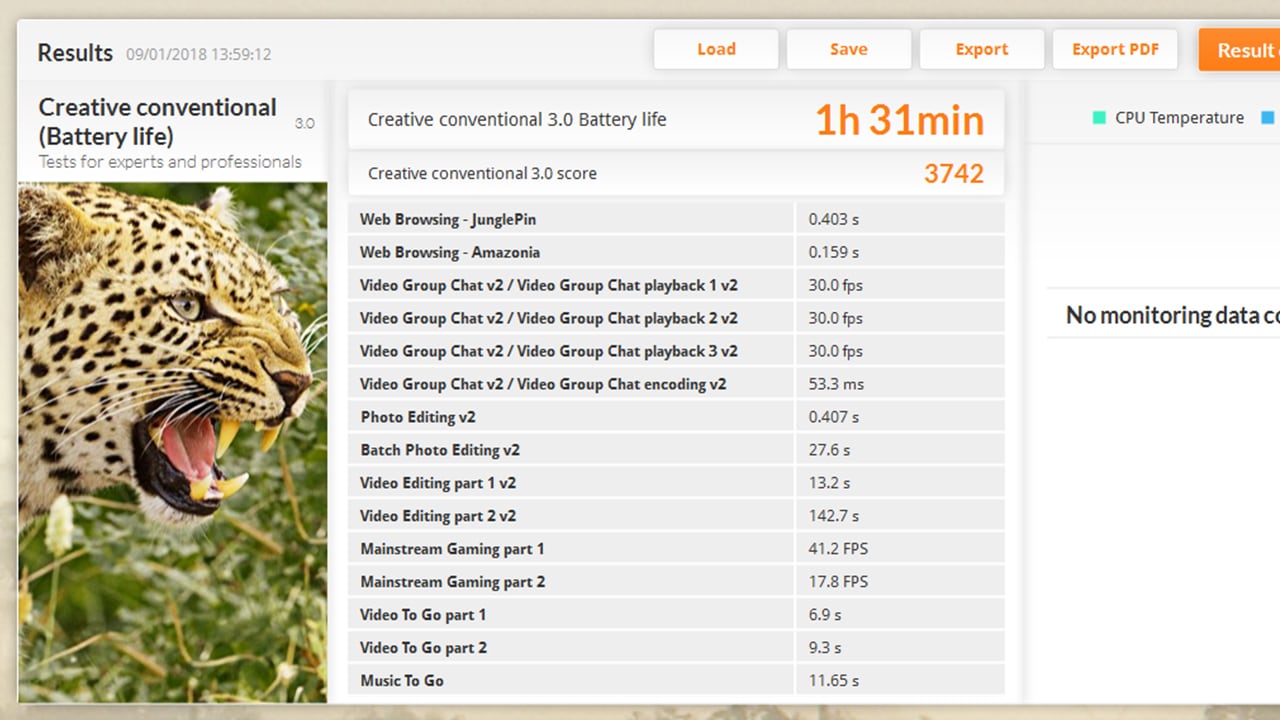 Battery life is below average even by gaming laptop standards

Battery life was a mere 91 minutes in our standard PCMark battery test. In regular use as well, the device never lasted more than 2 hours at high. While gaming with NVIDIA BatteryBoost enabled, I did note a playtime of 53 minutes, which is above average for a gaming device.

Even for a gaming device, the battery life is low, so don’t expect to be doing any work on the move with this device. It will last you long enough to catch a full movie, but not much more than that.

In a market flooded with gaming laptops, the ASUS GL503VM stands out for its excellent build quality and design.

The laptop isn’t exactly value-for-money, but it’s price is justified in India’s current gaming laptop market. At Rs 1,49,990, it’s sufficiently more powerful than the 1050Ti-toting gaming laptops to justify the increase in price, and there are few alternatives in this bracket.

For a more full-fledged gaming experience, do consider the MSI GE73VR 7RF Raider. It’s a larger, more expensive, more powerful laptop that costs Rs 30,000 more than the Hero, but it’s also a true desktop replacement. If the size turns you off, the Hero is too good to pass up on.