10.or D review: A good entry-level smartphone that manages to mount an admirable challenge to the Xiaomi Redmi 5A

10.or and Amazon manage to mount a surprising challenge to the market by creating a compelling smartphone in their first attempt with some minor issues. 10.or is one of the most recent entrants in the Indian smartphone market. The smartphone brand has tied up with Amazon for the exclusive rights of its distribution and marketing in the market. The 10.or devices are manufactured by Longcheer and the company claims that it has learnt a number of things from Amazon’s customer insights and used its learning while creating the device for the Indian market.

The company launched 10.or D on 21 December 2017 as part of ‘Crafted for Amazon’ programme where Amazon “handpicked world-class manufacturers” and subjected them to a number of stringent quality and reliability standards”. Once these manufacturers passed the tests to match Amazon’s bar for excellence, the company collaborated with these companies to create new products and bring them to the market.

The company sent us a 10.or D smartphone for review. Considering the device was launched at a price of Rs 4,999, this directly puts it against another major competitor in the market, the Xiaomi Redmi 5A. So, considering the pricing and its specifications, is 10.or D worth your money and does it manage to stand up against the entry-level Goliath that is Xiaomi? Let’s dive in to find out.

10.or D sticks to the bare essentials that should come with a device at this price point. 10.or comes with a plastic body with 5.2-inch glass on the front of the device. The plastic on the back of the device has been given a metallic look. 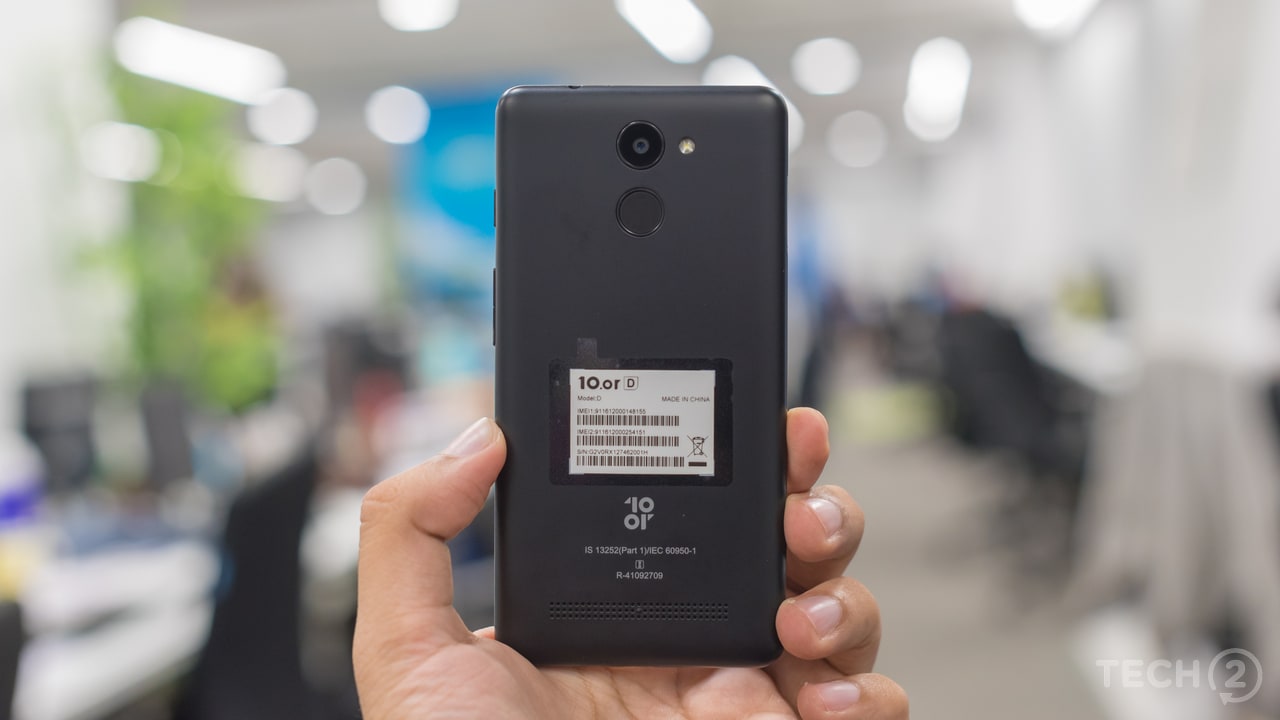 The smartphone feels great in hand because of its 90 x 147 x 74 mm dimensions and 150 gm weight. It does not come with any squeaking parts with bad quality. Instead, I was impressed by the overall quality of material used in making the device. 10.or D comes with a 5.2-inch HD screen with a 1280x720 pixel resolution with IPS display panel. It packs Qualcomm Snapdragon 425 SoC with Adreno 308 for graphics-intensive tasks. It comes with Android 7.1.2 Nougat out of the box along with 1 October 2017 security patch. Moving towards the cameras on the device, users will find a camera sensor with 13 MP resolution on the back of the device with f/2.0 aperture and a LED flash module and you will find a 5 MP camera with f/2.2 on the front of the device.

Longcheer has opted for Wi-Fi 802.11 b/g/n, VoLTE-enabled nano dual SIM slots, Bluetooth v4.2, 3.5-mm headphone jack, microUSB port and there's FM radio as connectivity option as well. 10.or D is also equipped with accelerometer, gyroscope, compass and rear-mounted fingerprint sensor on the device. Last but not the least, the smartphone is powered by a 3,500 mAh battery.

The display on 10.or D comes with HD resolution. The colour rendering, sharpness of the content on the screen (with its 281 PPI pixel density) and the brightness with a maximum of 400 nits is spot on. The brightness takes a slight hit when you view the device from an angle but the colours are still accurate pointing at relatively good viewing angles. Due to the highly reflective glass, you may find the need for a spot with some shade when outdoors in bright sunlight if, you are trying to read anything on the screen. There are not many options in the display section in the device settings apart from changing the size of the fonts.

Longcheer and Amazon have opted for stock Android 7.1.2 Nougat experience when it comes to this device. It does come with some bloatware in the form of Amazon apps such as Amazon Kindle, Amazon Shopping, Prime Video and 10.or Care and an Amazon Widget on the home screen. But Amazon has integrated its sign-up or login framework within the operating system. Users will find an ‘Amazon’ option in the settings app where they can log in with their Amazon accounts. Once that is done, they don’t have to log in to all the three Amazon apps separately. Apps can’t be removed, so you can’t get the clean almost stock-like experience with 10.or D. Initially, I thought that the operating system was a bit sluggish with everyday usage. I tried to change the Window animation, Transition animation and Animator scales from the default 1x to .5x to bring the zippiness in the UI. That definitely helped. What is interesting to note is the addition of 10.or Care app in the software in partnership with Servify where 10.or D owners could run diagnostics on the device along with getting an estimate for the service, booking a repair and even getting in touch with the service centres. Last but not the least, the app also shows the number of previous devices that the user has registered with Servify along with their current status of the warranty.

Moving to the performance of the device, 10.or D impressed me for the type of performance it was giving in regular usage. The Qualcomm Snapdragon 425 SoC with Quad-core CPU clocked at up to 1.4 GHz and Adreno 308 are clearly not capable enough to run heavy games such as Modern Combat 5. I saw a fair amount of stuttering and frame drops during the game along with problems in games such as Dead Trigger 2 as well. You should not expect that the device will break any records but it did manage to give Xiaomi Redmi 5A a tough fight with the benchmark scores.

10.or D did heat up to a sufficient degree within 8-10 minutes of gaming. 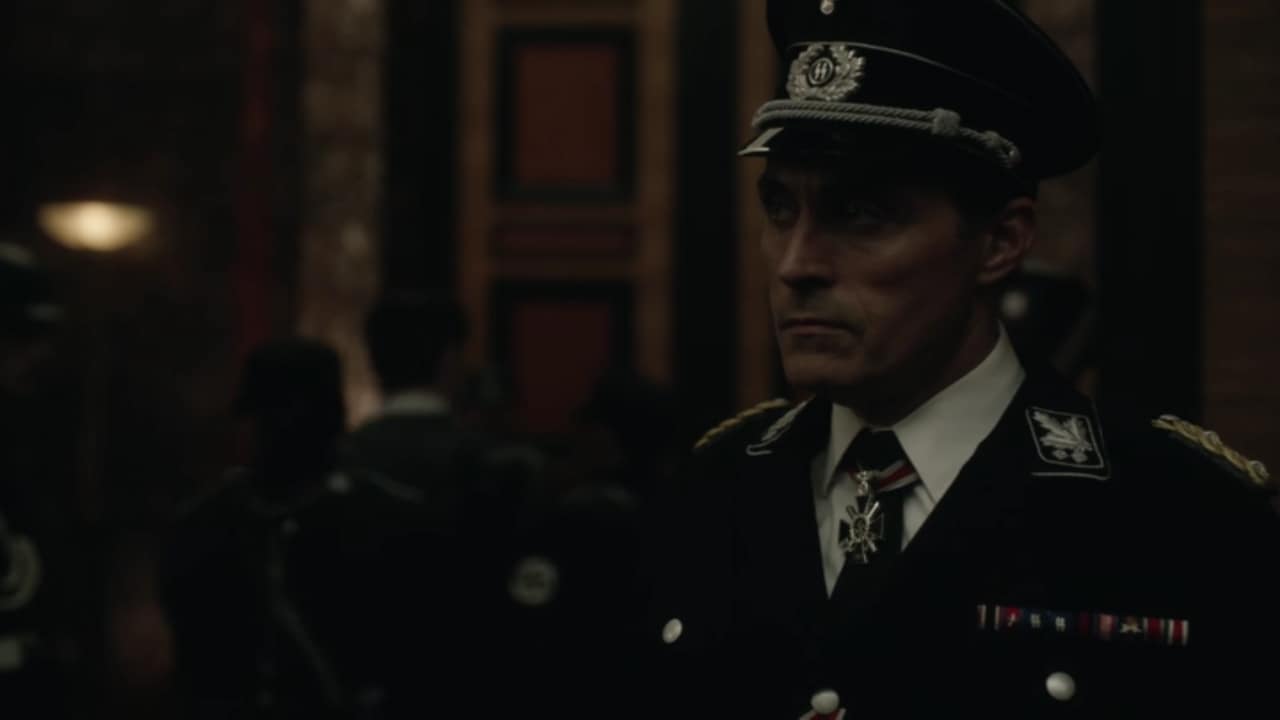 However, it seems to be focused on the area just below the camera lens on the back of the smartphone. I did not face any problems while placing internet or cellular calls using the 10.or D and the voice clarity was good.

Right off the bat, the camera on this device is bad. The camera packs a number of features such as Scenes, Beautify, and custom filters along with panorama and video mode in addition to Continuous Shot, ISO, Exposure and White Balance settings. But the final images from the camera are just not up to the mark. The interesting thing here is that the camera software comes with a ’Picture quality’ and it is set to Standard instead of the recommended High. The front camera is barely passable when it comes to taking images. Don’t expect colour accuracy, details and noise-free images from both the back as well as front camera regardless of the lighting conditions. Any light source will show up with that unflattering light streak in the final image. The device falls behind its competition when it came to the camera as Redmi 5A managed to capture better images in similar lighting conditions for the same price.

10.or D easily made through an entire day of moderate to heavy usage without any problem. My typical usage includes gaming for an hour, three email accounts on sync, 10-15 photos, WhatsApp messages and listening to music for 30-45 minutes at a stretch. The device lasted for about 8 hours and 23 minutes in the PCMark Work 2.0 battery benchmark test with the screen staying on for the entire duration of the test.

10.or and Amazon have managed to mount a surprising challenge to Xiaomi Redmi 5A. The device packs stock Android, performs well and offers a good battery life. It is the only option for users who don’t want to buy Xiaomi Redmi 5A but have similar budget. However, the only issue with the smartphone is the bad images that its camera produces. Users who want better images can look at the Redmi 5A, Redmi 4, or even Moto E4 Plus according to their budget. But do note that none of the smartphones in this range will give you significantly better images.