World Oceans Day 2019: Glimpses of life and tides in the intertidal, shores and underwater

An anemone in very shallow water, Neil Island, Andamans. There are so many relationships between the worlds of air and water. A healthy ocean is crucial to the health of the planet. Image credit: Umeed Mistry Feb and March see an explosion of juvenile fish in many parts of the northern Indian Ocean. There is safety in numbers and often an 'atmosphere' of shifting, shimmering fish bodies surrounds rocky outcrops. Image credit: Umeed Mistry 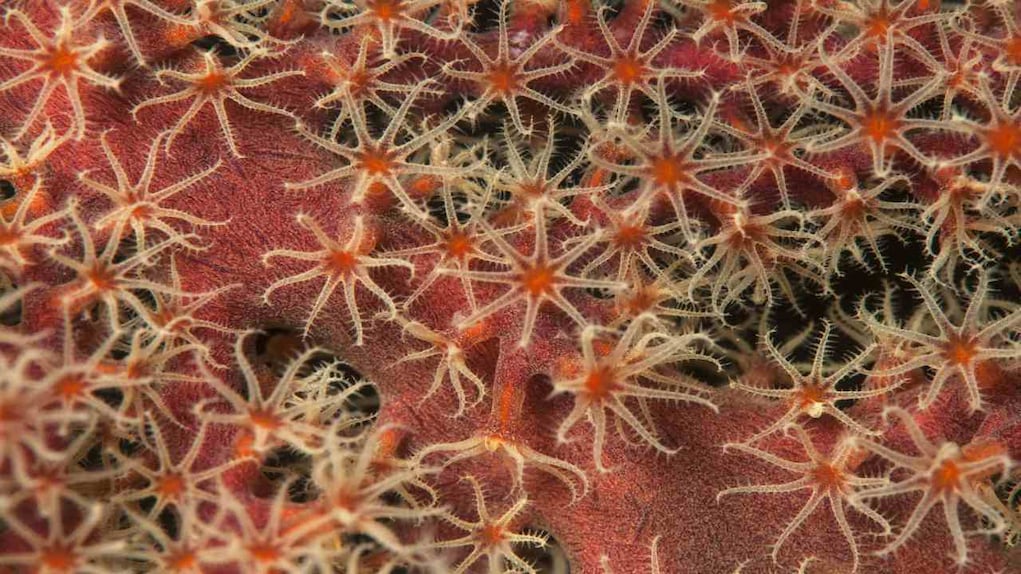 The exquisite polyps of a gorgonian fan coral. Taking artificial light into the water - to counter for the loss of the warmer colours in the spectrum of light - brings out the true beauty and intricacy of fish and coral on the reef. Image credit: Umeed Mistry On a night dive, when parrotfish tuck themselves into crevices to fall asleep, one can get close enough to capture details like this. Image credit: Umeed Mistry Ghost nets are discarded fishing nets which float in the sea, smother coral reef or, in this case, end up draped on the side of a shipwreck. They continue to trap fish and other marine creatures. This turtle drowned against the side of this wreck in the Andaman Islands because it could not get to the surface to breath. Image credit: Umeed Mistry This flounder, photographed off Pondicherry, has a flattened, oval body which, in this photograph, is entirely covered by sand, with only its eyes protruding upwards. It uses this strategy to ambush small crustaceans and fish. Image credit: Umeed Mistry Some of the healthiest coral I have seen in the Andaman Islands can be found in a small bay on Barren Island - India's only active volcano. This bay often has molten lava from the volcano entering its waters. Image credit: Umeed Mistry Dangerous refuge. A juvenile trevally takes refuge in the bell of a jellyfish. The photograph shows only a small part of the jellyfish, but four of its stinging tentacles are visible in the frame. The trevally is safe within the bell of the jellyfish, because the tentacles deter other predatory fish. But if this little fish makes a wrong move and touches one of the tentacles, it too may get stung, paralysed and eaten. Image credit: Umeed Mistry 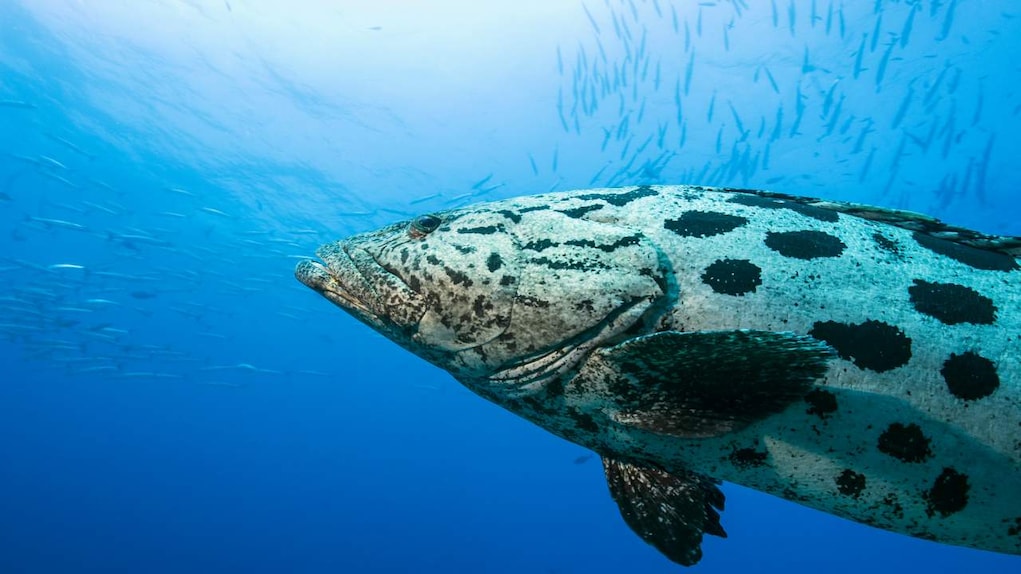 A giant grouper eyeballs the camera while a school of barracuda circle in the shallower waters closer to the surface. This image was taken on a dive site off Havelock Island. Image credit: Umeed Mistry Ghost nets, although abandoned or discarded by fishermen, continue to catch and kill many marine creatures long after they have stopped being of use to humans. They are an immense threat to ocean ecosystems. Image credit: Umeed Mistry A wave begins to break as it travels towards the popular and picturesque Radhanagar beach on Havelock Island, Andamans. Image credit: Umeed Mistry A macro close-up of the form and texture of a mushroom coral. Image credit: Umeed Mistry A field of dead acropora coral. Acropora is one of the fastest growing coral on the reef, but its fragile branching structure and often shallow water habitat makes it most susceptible to warming waters and storm damage. A conch makes its way slowly across the deserted seascape. Image credit: Umeed Mistry

After being hit by COVID-19 crisis, fishing season offers hope to Senegal's women

Sea Fever to The Beach House, how Lovecraftian horrors are being updated to reflect urgency of climate change perils