An artist illustration of the Chandra X-ray Observatory that was launched aboard the space shuttle Columbia. It is a space telescope that scans the sky for high energy x-rays that can only be detected from above the Earth’s atmosphere. Image credit: NASA/CXC One of the first images that Chandra took was an X-ray image of the supernova remnant Cassiopeia A. Image credit: NASA/CXC The 30 Doradus, nicknamed “Tarantula Nebula,” is one of the largest star-forming regions located close to the Milky Way. This image has data from 24 days of observation. Image credit: NASA/CXC Abell 2146 is the result of a collision and merger between two galaxy clusters. Chandra's X-ray is the purple colour, shows hot gas and the and optical data from the Hubble Space Telescope shows galaxies and stars. Image credit: NASA/CXC This is the region in the Milky Way where a supermassive black hole weighing about 4 million times the mass of the Sun, called Sagittarius A* exists. Image credit: NASA/CXC This is the nearby galaxy Messier 33 contains a star-forming region called NGC 604 where some 200 hot, young, massive stars reside. Chandra's data is combined with data from Hubble. Image credit: NASA/CXC 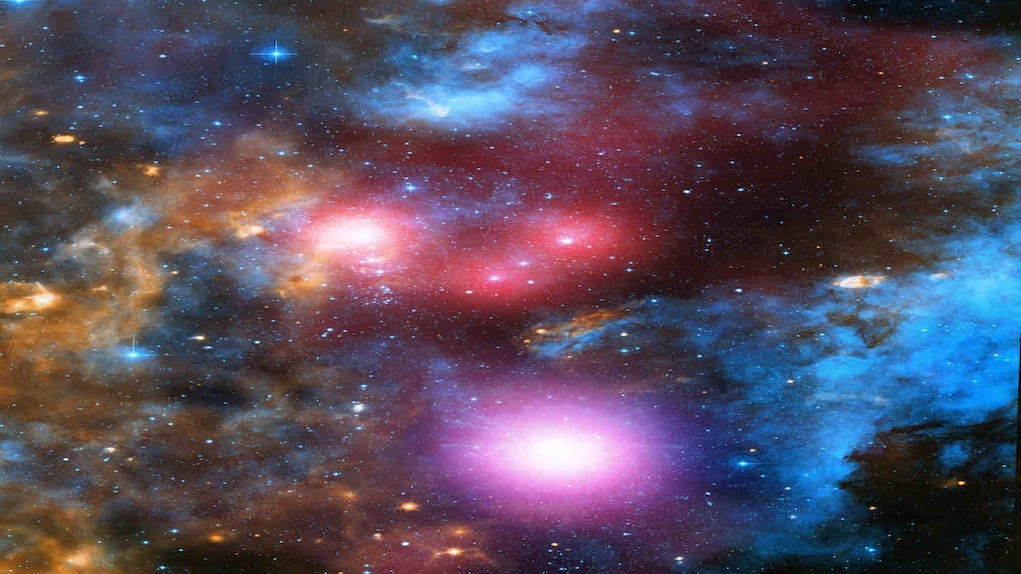 Cygnus OB2 has massive stars that only last a few million years. During the star's lifetimes, they blast large amounts of high-energy winds into their surroundings which collide or produce shocks in the gas and dust around the stars. They produce large amounts of energy that produce X-ray emission that Chandra can detect. Image credit: NASA/CXC 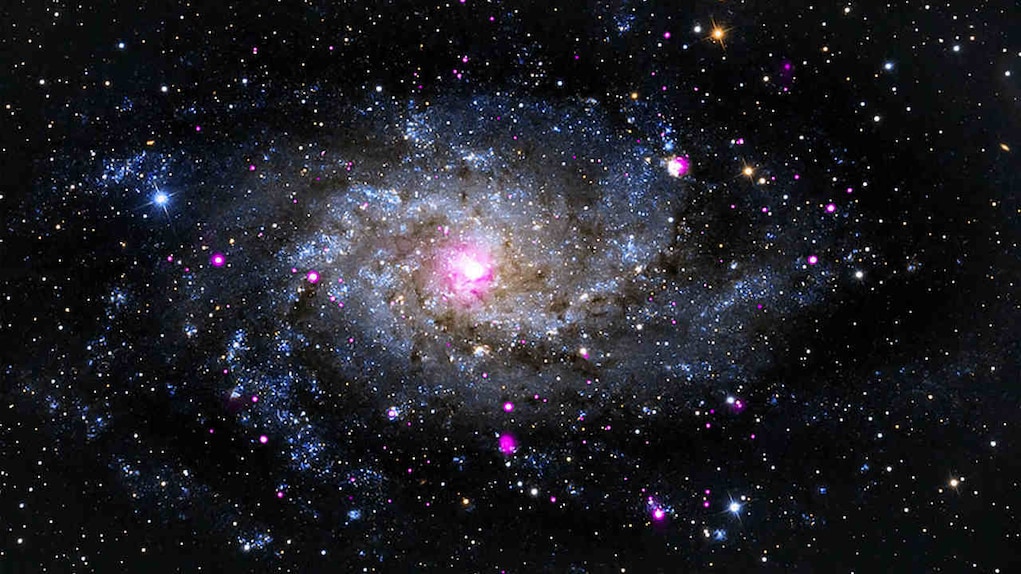 The Triangulum Galaxy, a.k.a., Messier 33, is a spiral galaxy, 3 million light-years from Earth. It belongs to the Local Group of galaxies that includes the Milky Way and Andromeda galaxies. Chandra's X-ray data revealed a diverse range of objects including neutron stars and black holes are pulling material from a companion star, and supernova remnants. Image credit: NASA/CXC This is a supernova remnant that was produced by a massive star that exploded in a nearby galaxy, Small Magellanic Cloud. X-rays from Chandra helped astronomers confirm that most of the oxygen in the universe is synthesized in massive stars. Image credit: NASA/CXC