YouTuber confirms that the OnePlus 6 handles scratches, burning and bending just as well as the OnePlus 5T

Despite not having an IP rating, the OnePlus is claimed to be water resistant and can withstand splashes of rain and the the occasional fall into the sink.

The OnePlus 6 is finally official and our first impressions of the phone seem promising, but how durable is the new phone with its glossy glass back? Only a proper test will prove that, and it seems like the OnePlus 6 has passed said test. 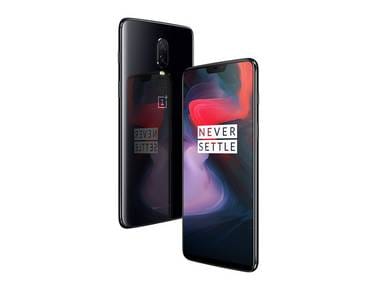 After running a bunch of durability tests, including a scratch, bend and even a burn test, popular YouTuber Zack from JerryRigEverything who ran the tests on the phone, came up with a verdict that the OnePlus 6 is not just durable, but that it's just as tough as its predecessors — the OnePlus 5T and the OnePlus 5.

In his video, Zack starts off by doing a scratch test and uses the Mohs scale (a test of hardness) to examine how susceptible the screen is to scratches. Now, the OnePlus 6 comes with Corning Gorilla Glass 5 on the front and the back, which is tough. Scratches on the phone started showing up only on the sixth level of the scale, while deeper scratch begins to appear once he moves up to level seven. This happens to be the same score as the one that the OnePlus 5T achieved.

Zack then attempts to scratch the earpiece, the camera glass and the fingerprint scanner with a razor blade and neither of the three could be scratched. The screen was then exposed to an open flame, which it survived for roughly 20 seconds, following which the pixels beneath the exposed area stopped responding permanently. According to a report by GSMArena, this is at par with most other AMOLED panels, suggesting that OnePlus did not skimp on quality here.

Moving on to the bend test, the OnePlus 6 does fine here as well despite showing an unusual amount of flex. The screen displayed no cracks and neither did the frame distort in any way noticeable.

OnePlus who also threw in splash resistance this time around, did not have an IP rating to show for it, but the company claims that the phone can withstand splashes and the accidental fall into the sink with ease, but cannot withstand a dip into the pool.

We have penned down our first impressions of the OnePlus 6 already and are in the process of reviewing the phone thoroughly.