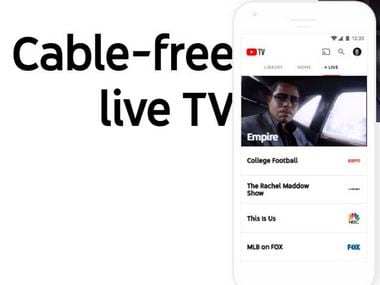 Among the new locations, you have New Orleans, San Diego, San Antonio, Omaha and so on. YouTube TV sent out a tweet regarding the announcement.

This streaming service started in April this year and it charges around $35 per month for access to up to six accounts. The TV channels on offer include ABC, Fox, CBS, NBC, ESPN and many other channels. The complete list is available on the YouTube TV site.

YouTube TV can be accessed on your phone, desktop or on the TV through a dedicated streaming app or through consoles, media streaming devices and more. YouTube TV recently also added a picture in picture support for the platform.

According to TechCrunch, YouTube TV is offering its service at $35/month which is cheaper than Hulu which offers similar service for $40/month.

Engadget in its review of YouTube TV had observed that while it was a good bargain, it was missing out on a lot of TV channels such as CNN, Food Network and TNT. There is also no limit on the DVR space.