By Sheila Dang (Reuters) - Alphabet Inc's YouTube said on Tuesday it has become the first digital platform to receive an accreditation from the Media Rating Council, signifying the streaming video service effectively protects its advertisers from appearing on content deemed inappropriate for paid ads. 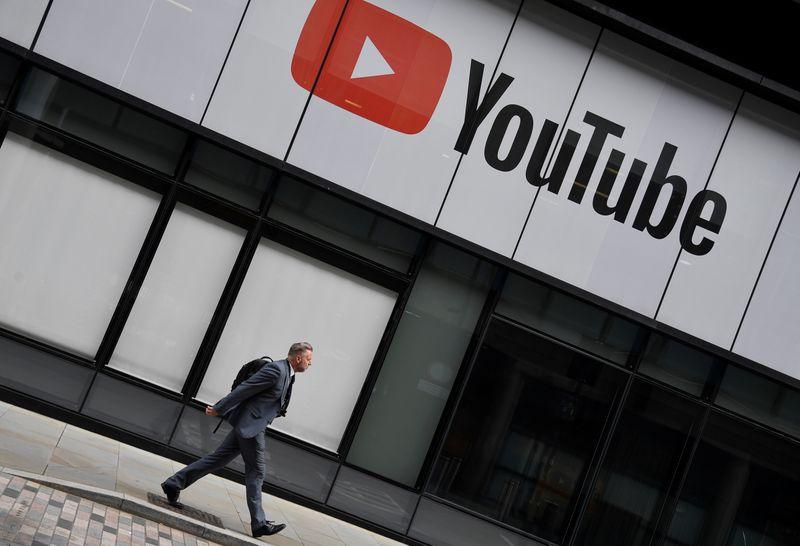 (Reuters) - Alphabet Inc's YouTube said on Tuesday it has become the first digital platform to receive an accreditation from the Media Rating Council, signifying the streaming video service effectively protects its advertisers from appearing on content deemed inappropriate for paid ads.

The company said in a blog post it was committed to remaining at least 99% effective at making sure ad placements on YouTube are brand-safe.

YouTube had high-profile incidents dating back to 2017 of ads appearing on videos with hate speech or other disturbing content, which led several major advertisers to turn off their YouTube ads. The platform hopes to turn a new page with marketers following the Media Rating Council's (MRC)accreditation.

"We're particularly humbled to be the first platform to achieve the accreditation," said Debbie Weinstein, vice president of YouTube and video global solutions at Google.

YouTube said it had made investments in technology that analyzes videos, beefed up its staff of human moderators and expanded policies to address brand safety.

The accreditation reflects "YouTube’s sustained commitment and investment to enable brands to advertise in safe environments," Marc Pritchard, chief brand officer at Procter & Gamble, said in a statement, adding he hopes it inspires other platforms to do the same.

The MRC, which was formed by the U.S. Congress in the 1960s to measure audiences on media content, said it conducted an extensive audit of YouTube, including how its internal standards for determining which videos are suitable to receive advertising compared with industry-body standards.

The organization also studied the effectiveness of tools YouTube provides advertisers who want to be more selective and block their ads from playing on certain categories of videos, adding up to "thousands of [accounting] hours in the trenches," said George Ivie, chief executive of the MRC.

The MRC awarded the accreditation when YouTube met various standards, including that the incident rate for ads appearing on inappropriate videos was "immaterial" and less than 1%, Ivie said.