Photography 101: The best YouTube channels for learning about photography

In this article, we’ll have a look at some of the more popular photography-related channels. These cover not only tutorials but also gear reviews, buying guides and the like.

When I was starting out with photography, YouTube was only just becoming popular. It was a platform to share videos with friends more than a platform to create and publish professional content. Now, of course, that story has changed. There’s tons of useful resources on YouTube, and photography courses are one of them.

In this article, we’ll have a look at some of the more popular photography-related channels. These cover not only tutorials but also gear reviews, buying guides and the like. 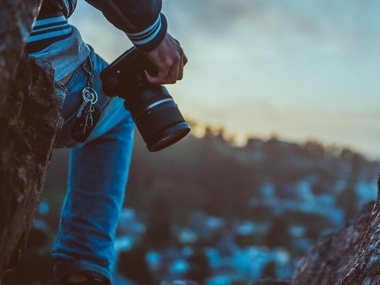 1. DigitalRev TV: This happens to be my personal favourite. Having been compared to the popular TV Show Top Gear, DRTV as many people know it is a photography tutorial and gear review channel. Most popular are the videos featuring presenters Kai Wong and Lok Cheung (before they left to start their own channels).

The episodes cover a wide range of topics, most popular of which are the camera reviews. For the most part, they are unbiased and pretty helpful for beginners (and are also quite hilarious). And like I mentioned, they also have a ton of useful guides.

Perhaps the most fun segment in DRTV’s channel is called “Pro Photographer, Cheap camera” where professionals set out to prove that it’s not just the camera that makes a professional photo. There are definitely some lessons to be learned there.

2. DSLRGuide: DSLR Guide is one of the most useful YouTube channels I’ve personally come across. A mostly film-making oriented channel hosted by Simon Cade, it coves nearly every single aspect of filmmaking. More importantly, most of the videos are about covering these aspects on a budget. You have videos that show you how to make lighting setups that you can assemble for a couple thousand rupees. Or a tutorial about colour grading. Or a video that compares a budget DSLR to a full-fledged cinema camera used by big directors and the like.

It appears that a week prior to this article, Simon has also announced that he will stop making videos, but I will still recommend this channel since the amount of useful information is just incomparable.

3. COOPH: The Creative Of Photography (or COOPH) is the channel that made the “7 Photography Hacks” viral video. COOPH is a great channel for tips and tricks for just about anything photography related. From DSLRs to smartphones to even aerial photography with drones, COOPH has them covered. They’re also quite active, pushing videos nearly every other day.

This channel is not so much about gear reviews as it is about photography tutorials and hacks. Mostly hacks.

Besides the “7 hacks” video, COOPH is most known for doing a lot of smartphone-related videos and composition videos, one of them even featuring Steve McCurry. There are also videos about niche subjects (like doing macro photography with fire and water). So this should be a channel to find plenty of inspiration from.

4. Christopher Frost Photography: If you want to find out about lenses, Christopher Frost is the man. His videos cover nearly everything there is in the world of DLSR lenses and then some. He’s mostly known for reviewing unique, even funky lenses from different places around the world. But each of his videos goes through the same process of tediously testing the lenses in all sorts of environments. It should be noted that Chris does mostly Canon-related reviews since that’s what he shoots on, but most of the testing concepts apply to all DSLR lens manufacturers regardless.