US Circuit Court of Appeals in New Orleans said SCA Promotions Inc was entitled to half of its $11 million contract with Yahoo as a cancellation penalty.

Yahoo Inc owes a prize promoter $5.5 million for backing out of a contract to pay $1 billion for predicting every winner in the 2014 NCAA men's basketball tournament, and entering a similar contract with Quicken Loans Inc and Warren Buffett's Berkshire Hathaway Inc, a court decided on 21 August. 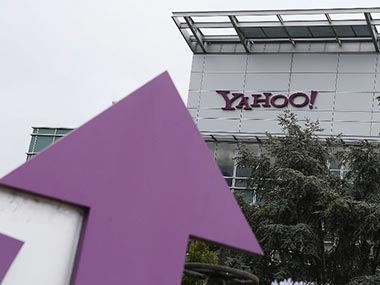 The 5th US Circuit Court of Appeals in New Orleans said SCA Promotions Inc was entitled to half of its $11 million contract with Yahoo as a cancellation penalty.

It rejected Yahoo's claim that Dallas-based SCA improperly leaked the promotion to Buffett and Berkshire, while trying to line up insurance coverage for the grand prize.

Berkshire is well-known for insuring against potentially costly events with long odds, such as picking a perfect "March Madness" bracket, as the National Collegiate Athletic Association tournament is known.

"Any information that SCA disclosed to Berkshire Hathaway was not confidential information," Circuit Judge Edith Brown Clement wrote for a three-judge panel.

Because SCA had kept Yahoo's $1.1 million deposit, the appeals court on Monday awarded it another $4.4 million. The decision reversed a lower court ruling ordering SCA to return $550,000 of the deposit to Yahoo.

"It has been a long battle over what we thought was a simple contractual provision," Jon Patton, a lawyer for SCA, said in an interview. "We're pleased the court of appeals got this right."

Verizon Communications Inc bought Yahoo's internet business in June, and put it in a unit called Oath. Charles Stewart, an Oath spokesman, said the unit does not discuss litigation.

Berkshire and Quicken announced their "Billion Dollar Bracket Challenge" three weeks after Yahoo and SCA signed their contract, and Yahoo quickly agreed to co-sponsor it.

No one won the top prize. Berkshire now sponsors a bracket contest for its roughly 368,000 employees. This year, a West Virginia factory worker won $100,000 for correctly choosing winners of the tournament's first 29 games.

Is Berkshire Hathaway an outdated relic? Is it a 'sell' without Warren Buffett?