Xiaomi's Mi Mix 2 to reportedly launch on the same day as Apple's iPhone; may feature dual-cameras

Xiaomi's bezel-less Mi Mix 2 may launch as soon as 12 September, suggesting that the release date may clash with Apple's unveiling of the new iPhone.

As per latest reports, Xiaomi's upcoming flagship, the bezel-less Mi Mix 2 may launch as soon as 12 September, suggesting that the release date may clash with Apple's unveiling of the new iPhone. The report comes from Chinese publication Techweb.com which states that the move could be intentional in order to take the competition to Apple. The Xiaomi Mi Mix 2 will be the company's second iteration of the phone which impressed many on its debut last year. The move by Xiaomi could be aimed at trying to take a nibble at Apple that is rumoured to introduce the first bezel-less iPhone this year.

In another leak, a series of images of the Xiaomi Mi Mix 2 were released on Weibo. The images include a look at the front of the phone as well as an image of the back which seemed to reveal a ceramic-like material on the back with two cut-outs suggesting the inclusion of a dual camera set-up. As per report back in March, the Mi Mix 2 will come with a curved AMOLED display which covers around 93 percent of the front part of the device, as opposed to 91.3 percent on last year's Mi Mix. This means that the bezel on the Mi Mix 2 will be even thinner than on the first phone. 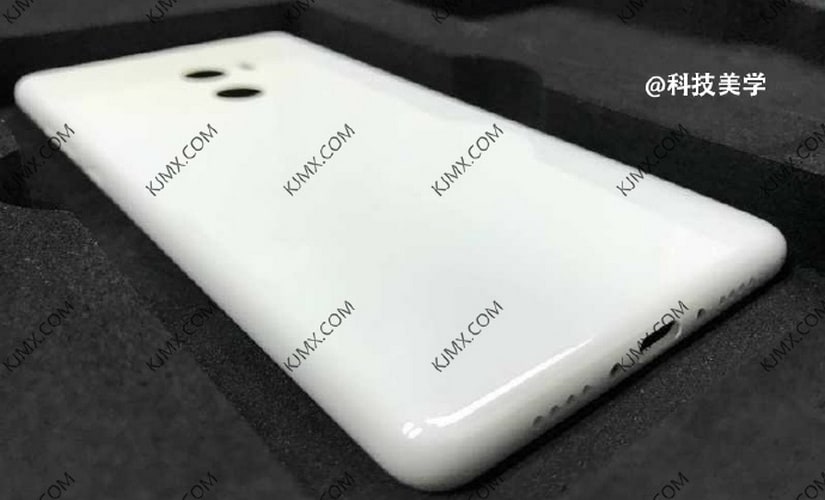 The earlier report had also stated that the Mi Mix 2 will pack a ceramic build and feature bone conduction for audio technology.